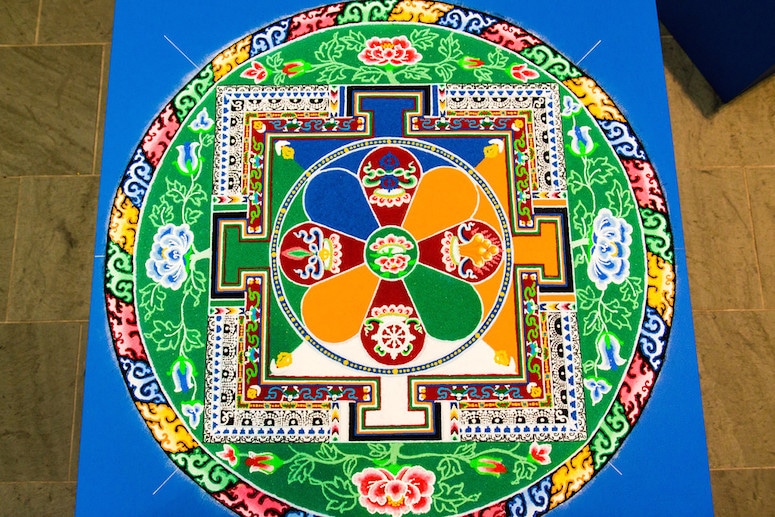 It’s hard to lose things—particularly things we’ve created, and especially things we love. But loss is natural, observes Julia Alvarez in the March/April issue of Orion. Her piece, which appears in the Lay of the Land department of the magazine, describes the arrival of two Buddhist monks to Middlebury College, where Alvarez is a teacher. The monks build a mandala—a circular pattern, carefully made from colored sand—on the school’s campus. After allowing onlookers to admire it for a moment, they quickly destroy it, pouring the sand into a glass and then into a nearby river.

“It’s natural,” one of the monks replies. “We here now,” he says, gesturing to the crowd around him. “But later we all gone. Like death. Is natural.”

Here, below, are photographs from the event, plus a poem by Gary Margolis, another member of the Middlebury College faculty who was in attendance. Read Julia Alvarez’s short piece “It’s Natural” in the print edition of the March/April 2015 issue of Orion—purchase a copy here, or subscribe. 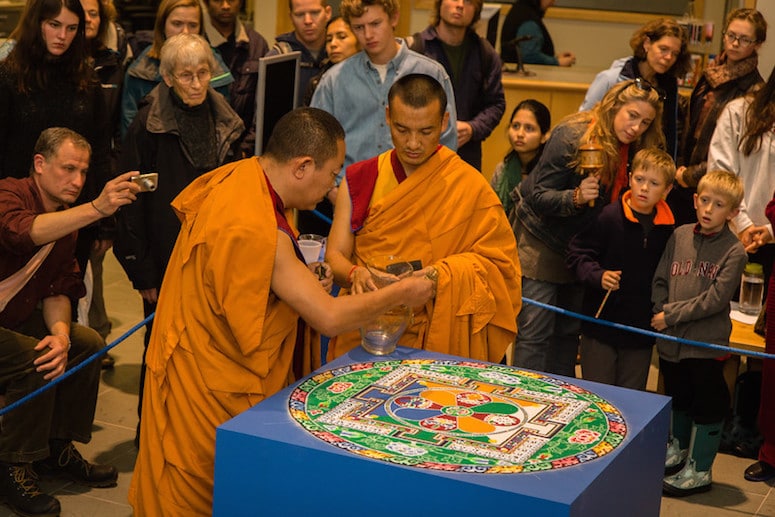 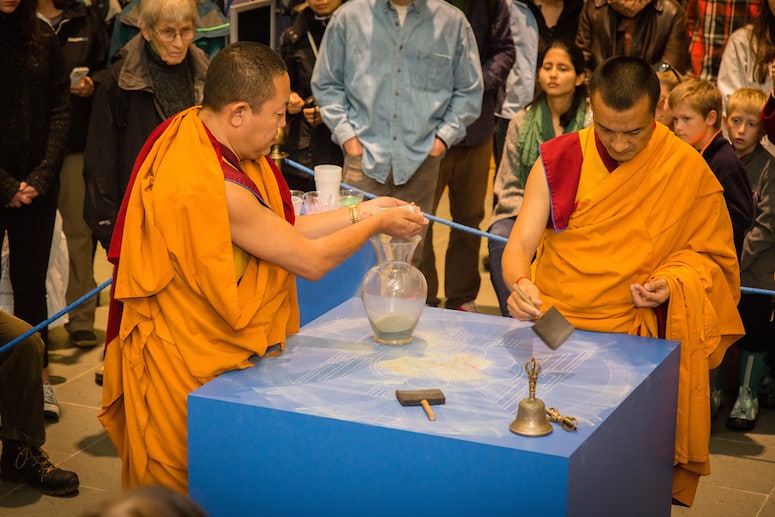 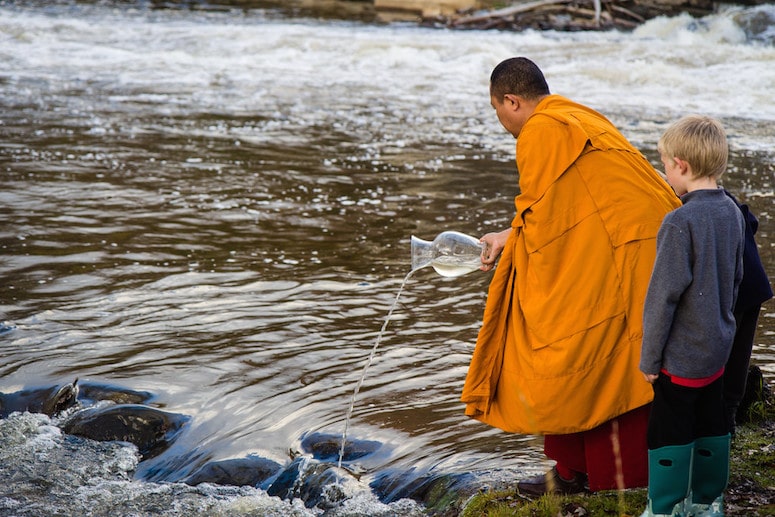 of what he made, this sand

painting in the lobby

of our library. We’re standing,

waiting for what will happen

to his million colored grains.

One of Buddha’s born designs.

He’ll sweep into his hand,

to let his prayers sift back

I thought I was only here

to browse, to take out a book,

And not to walk by

and stop. To want

to hold what he was holding

for the mean time. Our invisible

hour glass. When a woman

nearby asked if he felt sad

letting go of what he made—

all that beautiful mind.

He didn’t quite say No.

it took to free this kind

of love-making. What I found

myself doing as quietly

as I could, taking a picture, too,

Gary Margolis is Director of College Mental Health Service, Emeritus and associate professor of English and American Literatures (part-time) at Middlebury College. His memoir is Seeing the Songs: A Poet’s Journey to the Shamans in Ecuador. His new book of poems, Raking the Winter Leaves: New and Selected Poems, is recently published.

Finally, for the mandala-curious among us, here’s a short video of the creation of one of these ephemeral sand sculptures. (Fans of the Netflix series House of Cards might recognize this footage from a recent episode of the show.)