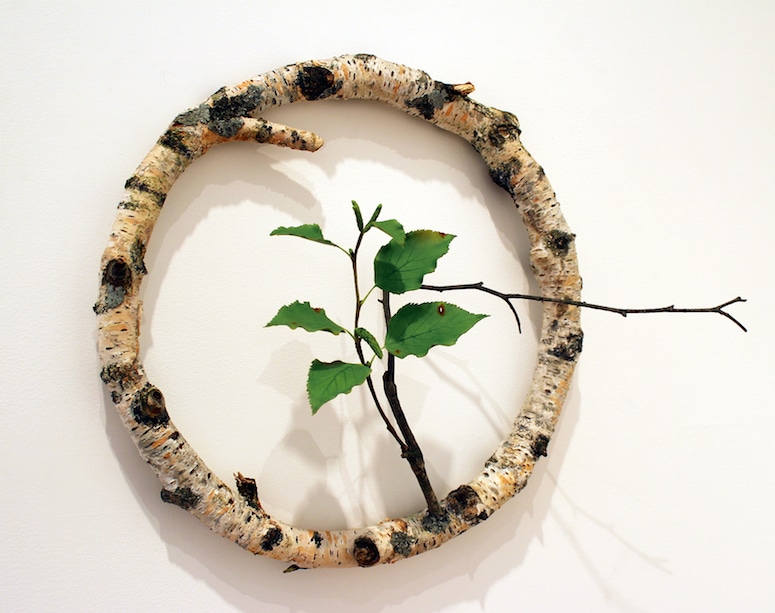 The work of author, artist, and Orion friend James Prosek has been on view around the country lately, in galleries and museums from Raleigh, North Carolina, to Washington, DC, and Ithaca, New York. His newest exhibit, “Walk in the Woods,” from which the images below are drawn, is currently on view at New York’s Leslie Feely Gallery until May 22. Prosek’s essay “The Failure of Names,” which explores a theme that carries into his latest work, appeared in the March/April 2008 issue of Orion.

My show at Leslie Feely Gallery (curated by Waqas Wajahat) opened the same week as my exhibition at the North Carolina Museum of Art, in Raleigh. It was conceived, at least in my mind, as a New York counterpoint to the show in North Carolina, as not everyone in the Northeast would be able to make it to Raleigh. Many of the pieces in the New York exhibition have sister pieces from the same series in Raleigh. For instance, there is a sculpture in the New York show that’s made of ten pieces of curved birch, which form a circle (the joints are made of clay and painted to look like birch, and the leaves are made of clay). In the Raleigh show there are two corresponding pieces, a triangle and a square made of birch and clay and paint. These three pieces, titled each “The Myth of Order,” are conceptually about how we try to fit a wonderfully messy nature into our classification systems, hierarchies, and geometries. The birch circle is the piece in the show that means the most to me, and it expresses best the themes of a book I’m working on about how and why we name and order the natural world. 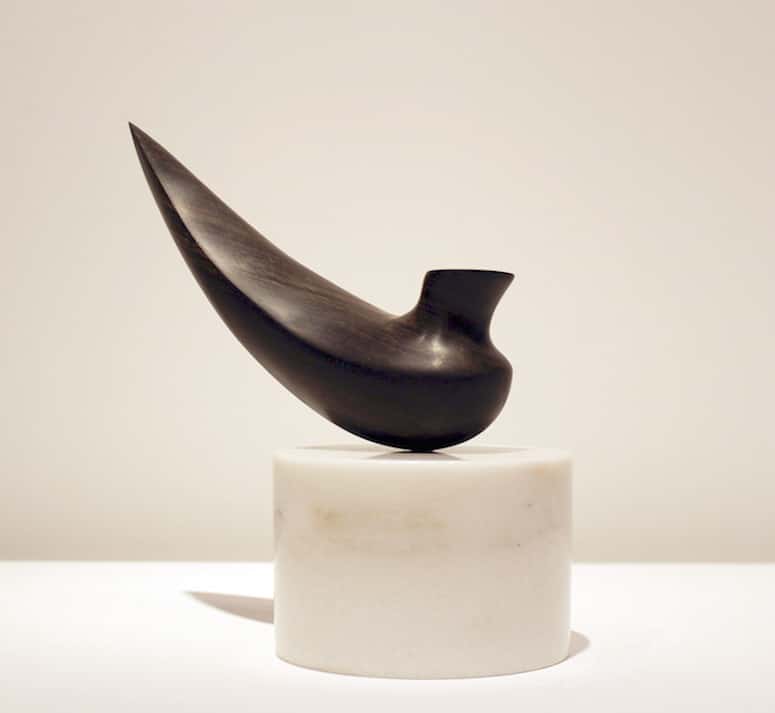 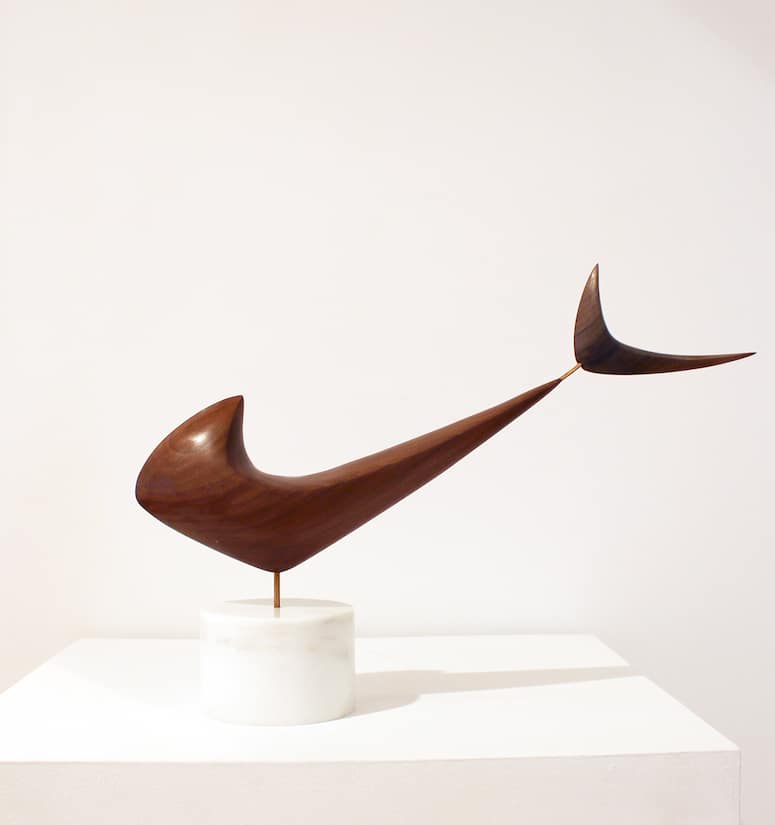 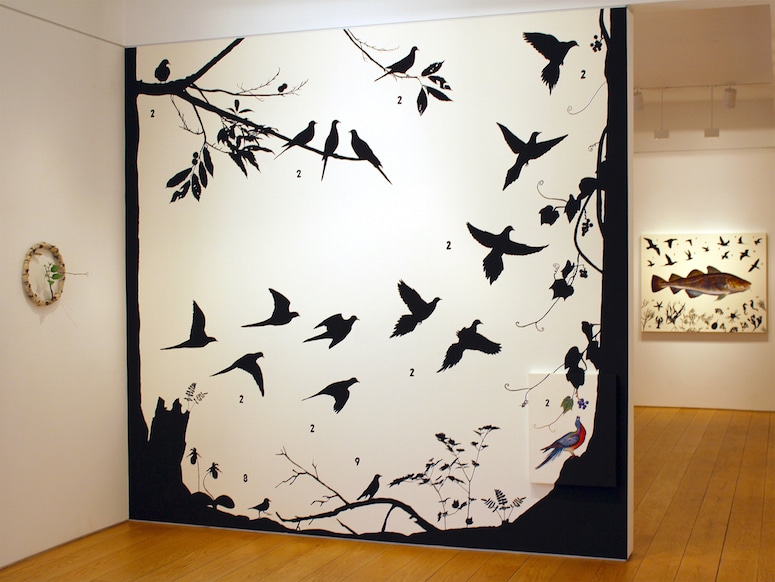 The show in New York also has a piece of a mural I painted at the Smithsonian American Art Museum, in DC. The Smithsonian mural was painted over in late February, so for those who didn’t get to see it, I painted a piece of it on the gallery in New York City. The mural depicts a flock of passenger pigeons (a bird that went extinct a hundred years ago) flying through a forest of American chestnuts (a common hardwood tree that became functionally extinct shortly after the passenger pigeon disappeared). There are two larger works of animals from Africa and America that have been threatened, a white rhinoceros and an Atlantic cod, respectively. There are also several works made by taking a dead eel, putting ink on it, and stamping it over and over on the paper. Other pieces made of wood or painted in watercolors are just my way of processing daily thoughts about the human relationship to nature.

The title of the show, “Walk in the Woods,” is supposed to evoke a quotidian gesture, a casual stroll in your backyard, but remind us of the remarkable things we can see there and experience if we keep our senses alive and alert. The title is also meant to be an encouragement, a command, a suggestion to all: walk in the woods! In other words, get out there and engage with nature, take it in, create, process it in your own way. Especially now that winter is giving way to spring, I look forward to following that command myself.

James Prosek is an artist and writer living in Easton, Connecticut. He is the author of many books, including Trout: An Illustrated History and Eels: An Exploration, from New Zealand to the Sargasso, of the World’s Most Mysterious Fish. His paintings have been shown in galleries across the country, and he is cofounder, with Yvon Chouinard, of the conservation initiative World Trout.