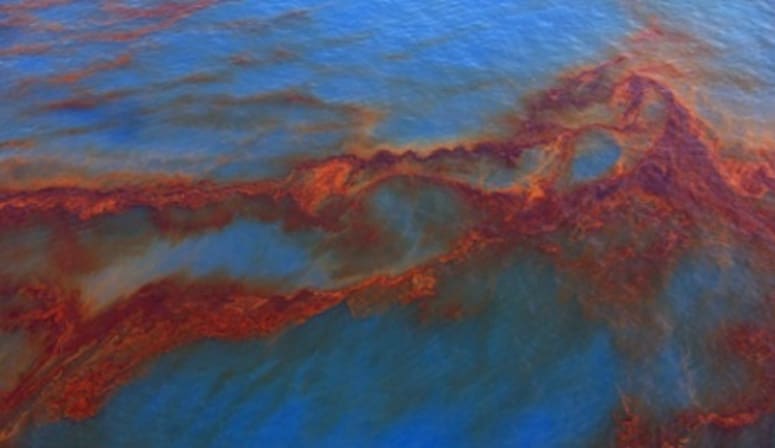 “The oil is not gone,” wrote Terry Tempest Williams in the November/December 2010 issue of Orion. “This story is not over.” Williams visited Louisiana’s Gulf coast in July 2010, where, roughly three months after the Deep Water Horizon blowout, Gulf residents described BP’s recovery efforts—including the spraying of Corexit, a chemical dispersant meant to break up oil at the ocean surface—with concern and unease. Williams spent time with many Gulf residents during her visit, including Becky Duet and her husband, Earl, of Galliano, Louisiana, who put the situation this way: “They’re spraying us and the bayous at night. They’re spraying the marshes—everything. People are going to get sick.”

In 2012, we checked in with Becky Duet to hear what changed, and what hadn’t, since the summer of 2010; the original interview is below. Today, five years after the largest oil spill in U.S. history, Duet reports that she has spotted dead dolphins on shore, has received no financial support from BP, and that the spill’s anniversary offers more questions than answers.

If a person were to rely on mainstream media to understand what’s happened in the Gulf since 2010, he or she might assume the story’s over. What’s being missed?

What I can tell you is what I’ve seen in the last year or so: shrimp with no eyes, no tails; crabs that are not a normal color—they’re three colors. I’ve seen crabs that have white claws and green bodies. Or they have sores. Or they’re deformed. It’s the same thing with oysters: they have a black sheen on them, and the spats aren’t growing in right. They were smothered.

I’ll give you a quick story: Last August, a guy I normally buy fish from came into the deli and said, “Miss Becky, I got about twenty pounds of shrimp”—he had them in a plastic grocery bag, and he put the bag down in the back of my store. I kept doing my orders at the deli—didn’t think nothing of it—until I started smelling something strange, like there was something bad in the garbage. When I went to fix dinner with those shrimp, I realized the smell—an ammonia smell—was coming out of the bag. It smelled up the whole place. And those shrimp were caught six or seven hours earlier! I ended up throwing it all in the bayou.

Following the spill, there was a lot of concern about BP’s spraying of Corexit, the chemical meant to disperse oil sitting at the ocean’s surface. Where has all that oil and dispersant gone?

It’s on the ocean bottom. For the longest time, fishermen would drag for shrimp and pick up black, gunky stuff in their nets. It looked like a kind of heavy syrup. They’d have to clean them out afterward.

The thing is, that’s our crop down here. When all that stuff sinks to the bottom, when the shrimp and eggs and larvae are under a layer of oil and dispersant—the ocean is smothered.

How are you and your neighbors dealing with all this? How is Galliano faring?

The shrimp and crab seasons, none of them are happening. Fishermen are going out and hardly getting any money for their catch: a guy with the Louisiana Shrimp Commission recently said that some of the catches are down by 50 percent. Crabbers aren’t catching crabs, and guys who used to run four hundred, five hundred traps are now running two hundred. It doesn’t pay to run many traps when you can hardly pay for your fuel.

Our seafood here is like no other. It has a distinction, it’s different. Like the crab factories here: they’ll get these big crabs, these Number 1 Select crabs, and they’ll fly them out of New Orleans to different states in the United States everyday except Sundays. In some places, they’ll pay three dollars for a crab that comes out of Louisiana, compared to fifty cents for the same crab they’ll catch in their area. But that’s not the way it is anymore. We’re not doing well. We’re not doing well at all.

I talked to a guy who went out today whose expenses—his ice, groceries, fuel—came to nine-hundred-and-some dollars. He came back with, maybe, ten pounds of shrimp. And you don’t go out by yourself; you normally have a deck hand with you, and you can’t even pay them because there was no catch.

Like I told Terry in the article, we’ve always lived off our land. Fishing is in our blood. We do it all the time. Doctors down here, you know, you’ve been living too stressful, they tell you to go out every day, five, ten, thirty minutes—go out and fish. Whether you catch something or not, it’s that feel of having a fish on your line; it makes your adrenaline move. I guess that’s what our doctors consider therapy.

The Gulf Coast has a history of dealing with natural and un-natural disasters. Have responses to the two major recent catastrophes in the area—Hurricane Katrina and the Deep Water Horizon spill—been different in any way?

I’m fifty-four years old, and I’ve been through many hurricanes. Katrina was, I guess, a different animal. You came home and the roof was torn off your house. But wherever you live, there’s some catastrophe that’s a part of your life: people who live in Kansas and Oklahoma, they have tornadoes that come in and tear them apart. And you just keep going. Those things are a part of nature. They’re just part of human life, and we accept them.

But that oil spill was not a part of nature. It was created by humans. Years before the spill, the federal government knew there was a problem, knew risks were being taken, but nobody was interested.

Have you or your neighbors received any help from BP since April 2010?

I never received anything from BP because my restaurant was only open for ten months. They said there wasn’t enough time to prove a loss. But I think they should have tried to help us out just a little bit. They could have helped pay our light bill or something—just enough to get us through a rough time. But a lot of people never received any help. Here we are, two years down the road, and my business has dropped 50 percent. And still I’m not getting any help. I had to let go of a few employees.

It’s hard, you know, our area is really dead. There are people who have no jobs, people who’ll take anything. They’ll come in and say, look, I’ll scrub your building—anything—if you’ll just give me a hamburger, or a gallon of milk and bread, or cold cuts. Those are scenarios that a scientist will never see.

Terry Tempest Williams’s report from Louisiana, “The Gulf Between Us,” appeared in the November/December 2010 issue of Orion. Photograph by J Henry Fair.