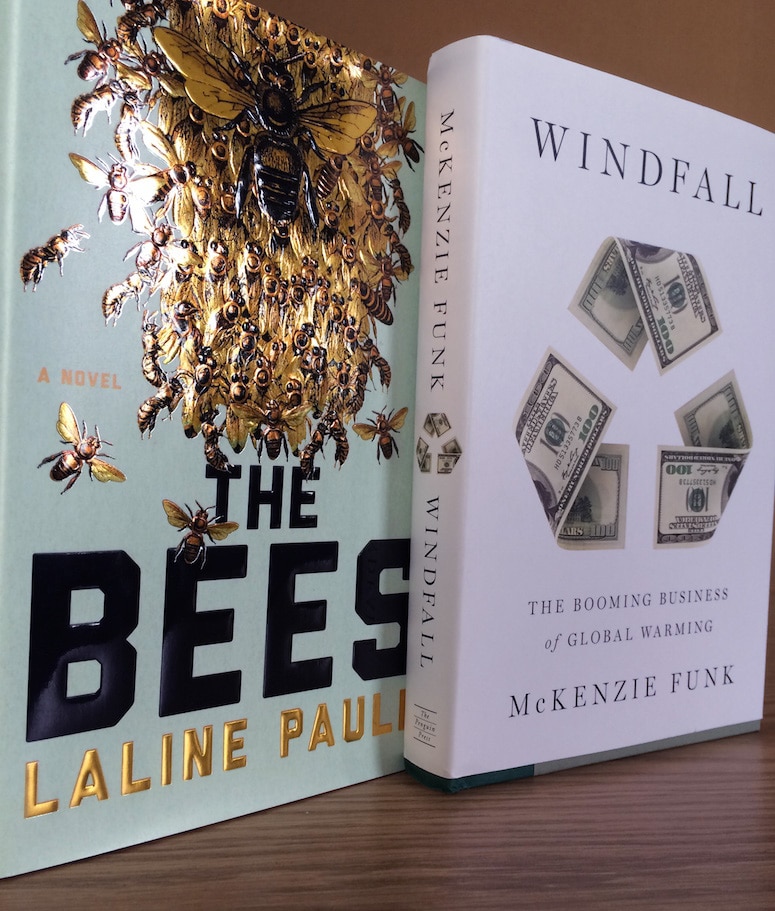 Since 2007, Orion has given an annual award to books that deepen our connection to the natural world, present new ideas about the relationship between people and nature, and achieve excellence in writing. Finalists for the 2015 Orion Book Award were announced in late May. Over the next few days, we’ll be posting short reports from Orion staff about the finalists; in mid-June, we’ll present the winners.

Told from the perspective of Flora 717, a lowly worker bee with a secret, Laline Paull’s new novel reveals the lives of bees in a way you’ve never seen before. Born into a realm governed by the mantra “respect, obey, and serve,” Flora must learn to navigate her strict society, and finds herself in danger from the hive’s fertility police and the queen’s high priestesses, not to mention “the myriad”—the hostile wasps, spiders, and other insects lurking outside the hive. With supreme imagination and detail, The Bees will pull you headfirst into the hive with a stunning and cinematic portrayal of the society of bees that will forever change the way you think about these creatures. —Kristen Hewitt

Among the cynical tropes sometimes heard when the words “climate change” are uttered: “Hey, at least the sailing will be good in Greenland!” As facetious as such statements usually are, McKenzie Funk’s Windfall: The Booming Business of Global Warming reveals that at least a few of the cynics have business degrees—and they’re eager to turn those jokes into revenue-creating reality. From Israel, where a company is selling high-tech snow-making equipment to the world’s melting ski resorts, to Los Angeles, where for-profit firefighters are offering their services to well-to-do home owners threatened by wildfires, Funk’s darkly funny and expertly reported book takes us across the globe, documenting the people and nations finding ways to make a buck from warming temperatures. Part of what’s terrific about this book, though, is that Funk himself is no cynic—as a narrator, he offers a sharp, satirical eye and an awareness of the complexities and contexts of his reporting. The result is the freshest (and maybe the funniest) book about climate change you’re likely to read all year. —Scott Gast

Learn more about the Orion Book Award, including past winners and finalists, here.