In 2008, when I published a collection of poems about polar exploration, I hadn’t yet been to either the Arctic or the Antarctic—although I’d been on ships around ice. But during 2011 and 2012, I worked as a naturalist on an ecotourism expedition ship in Antarctica. While there, I took photographs. I considered the impact and fact of at long last journeying to a place I’d been actively dreaming of for fifteen years. I found myself writing.

Now, those writings are taking shape as a collection of haibun titled Botched Pilgrimage. Three excerpts from the book are below.

Haibun, a classic Japanese form, recounts everyday life or travels in terse, diary-like prose scattered with small poems, often haiku. The best examples are found in the writings of Bashō, the seventeenth-century master of the form. Bashō’s work is infused with allusions to poets, stories, figures, and cultural tropes that his contemporaries would recognize—here, footnotes serve the modern reader as an approximation of that experience. While Bashō’s journeys are accompanied by calligraphic paintings, here, photographs become a visual third in the triad of representation. —Elizabeth Bradfield 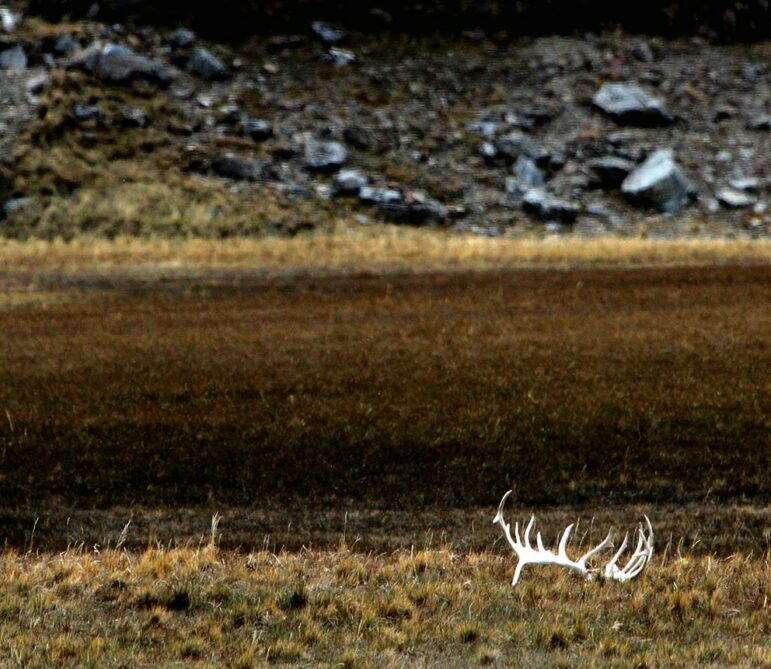 Not assigned to the group that retraces his steps from Fortuna, summits, imagines the dawn factory whistle, their relief at blubber-stench & slide to rescue, I am Shackleton to the station master’s question. Forbidden to walk the ruins—asbestos & loose metal katabatic-tossed like playing cards. Walk guests upvalley to the fall base, stare down fur seals’ territorial yellow-grin whimper-threat, a new knack still part sham. Reindeer calves, introduced & acclimated, gangle November’s summer green. Drifted penguin moult. Shed antlers. North/South. Next year, the deer will be removed, status slid to invasive. Endemic’s antigen.

the falls fall, braid to outwash

two pintails browse their one home

Note: Sir Ernest Shackleton (known as “The Boss”) and a few men aboard the small dory James Caird sailed hundreds of miles in abysmal conditions and hit this island, thus saving all of his crew. But wait. They landed on the wrong side of the island and had to hike over its mountains and down to the whaling station on the other side. They made it. Katabatic winds are a local downward swoop of cold air, and are very common on/near glaciers. Godthul Harbor is on South Georgia Island, an outpost between Antarctica and South America that was at one time the whaling capital of the world. The South Georgia pintail, a dabbling duck, is endemic to the islands. 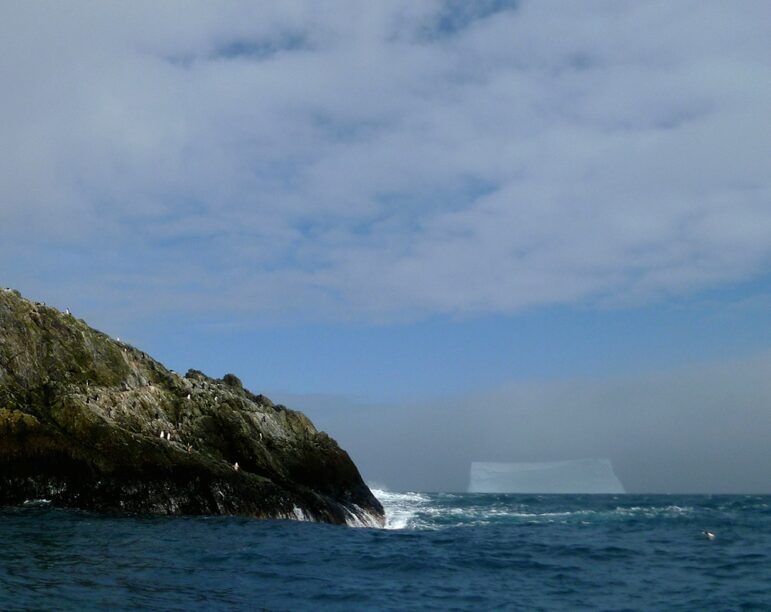 Rough. Chop on top of swell. Passengers stagger the gangway. Bow in, idling, wait my turn for pickup. Gust off the glacier—hunch away—slaps shoulder like a stupid uncle. Water down neck. Now six with me. None with much English. What if what if what if in the pulse between Sit :: translation :: sitting?

Weddells snooze in shallows. Chinstraps crow. Back for another round. Gawk at ice-free fingernail of beach by the statue. Rough base, bronze torso. Takes up almost all space they had to watch horizon’s hope. Stomp for warmth. Blackboro, I think of you, toes snipped. My privilege to enjoy (yes, despite & because) short discomfort. Winds up, sea crests slung. The others say it’s always like this here. All crossing, they scheme to avoid it.

Note: It was on this toenail of land that Sir Ernest Shackleton’s crew waited 137 days for “The Boss” to return and rescue them. Blackboro was a stowaway on Shackleton’s ship, The Endurance, and the first to set foot on Elephant Island as well as the only crew member to get gangrene and, thus, have all the toes of his left foot amputated during the crew’s time on Elephant Island. 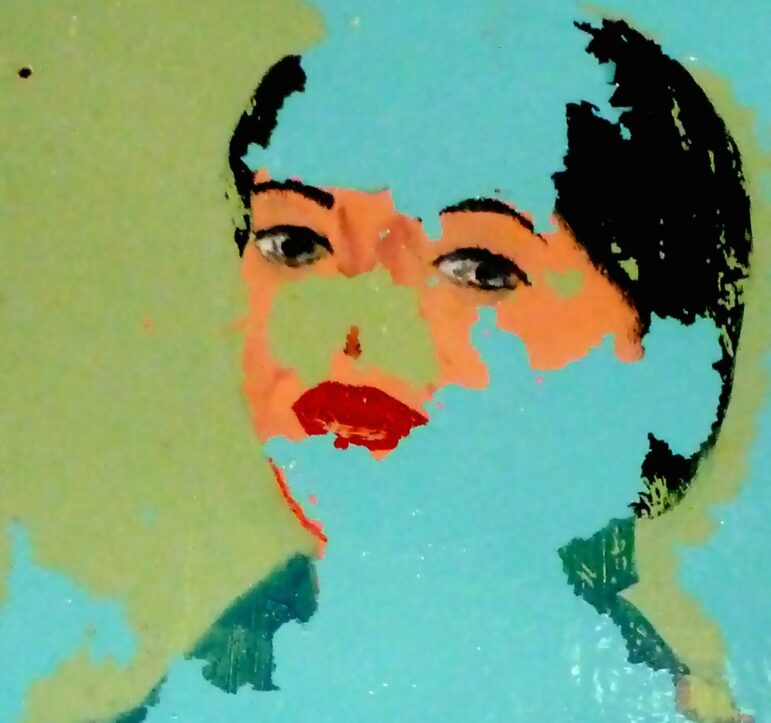 End of the landing. Fifteen minutes to last boat. Zip to Lockroy, world’s southernmost post office. All women at the gift shop counter, all women at the base by design since, D tells me, scandal & suit. British. Logoed neck gaiters, fleece, hats. I’m urged to write myself a postcard. Don’t. Rush the museum. Pemmican & Christmas pudding on shelves. Woolens, skis hung. A whole room in the cramped hut of six for machines that flout distance (telegram, etc). Jayne Mansfield painted behind bunkroom door, bombshell above each bunk. Not bad. Buy Antarctic tartan scarf with color key (blue for ice, white for…). Tourist. Help lug twined-up cardboard, boxes of glass, bags of cans to take aboard & away. Our part in how they manage.

Note: The base at Port Lockroy was established in 1944 to observe wartime enemy activities in and around the Peninsula. The British Antarctic Survey (BAS) operated the base as a science research station until 1962. In 1996 a small team of four carpenters spent two to three months restoring the base as much as possible to its 1962 condition and the base is now managed by the United Kingdom Antarctic Heritage Trust (UKAHT). Strangely (or not?), the main currency in the gift shop and post office is US $.