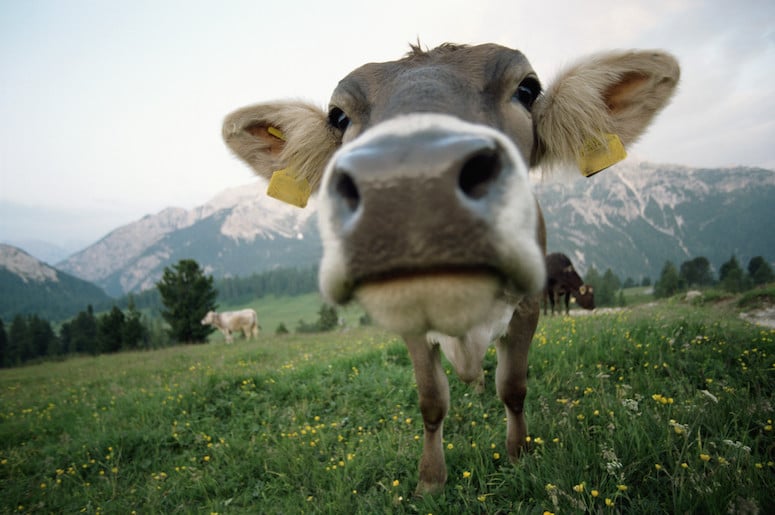 Here’s the Vermontiest story you’ve ever heard. Green Mountain Power (GMP), the biggest utility in that state, is making electricity out of cow manure.

Vermont, for those who haven’t been there, is a state that prides itself on being rural and traditional and artisanal—and also creative and progressive and environmental. It wants you to feel that Robert Frost lives around the corner from the Ben and Jerry’s factory, and that it’s always autumn and always ski season and also always maple-sugaring time. And I have to say, Vermont succeeds: look at the rise of Hill Farmstead and the presidential candidacy of Bernie Sanders. As they say these days, its brand is strong. So I was not surprised, as I drove through the state in August, to see a GMP vehicle with cow power on its side. Vermont is the ideal place to find renewable energy in bullshit.

The story began in the early 1980s, when a few innovative Vermont farmers started to use digesters to consume their cows’ manure. After seeing that these worked pretty well, Norman Audet, of Blue Spruce Farm, began to wonder whether he might be able to get power from the waste that his dairy cows produced day after day after smelly, smelly day. The Central Vermont Public Service Corporation (which later merged into GMP) studied the situation and cobbled together funding. By 2005, Audet’s cows were producing electricity.

Here is how Cow Power works. First, the cows poop—the average dairy cow produces about thirty gallons of waste a day. The manure is collected and put into a digester, essentially a big, covered concrete tub. The tub is kept warm, about 101 degrees, to mimic the temperature inside a cow and allow digestion to continue. (Cow digestion is not 100 percent efficient, so the manure still has stomach bacteria in it.) Digestion takes three weeks. The manure releases methane—natural gas—and leaves behind a mix of liquid and solid waste. The methane runs a generator, much like the landfill gas I wrote about last year. The generator’s excess heat—I thought this was really cool—maintains the cow-stomach temperature in the digester. The leftover liquid waste makes for good fertilizer, and the dry waste, now odor free, makes perfect bedding for the cows. In the old days, farms could bed their cows on sawdust from the local sawmill, but as many of Vermont’s mills have closed, bedding has come to cost tens of thousands of dollars a year for many farms. With Cow Power, farms produce their own, for free. Blue Spruce Farm, as one example, would have to buy a fifty-three-foot trailer of sawdust every week without Cow Power.

How do farmers get this system running? GMP’s project coordinator connects interested farmers with federal, state, and utility incentives. These allow them to buy and install the digester, generator, and other equipment. The incentives amount to about 45 percent of the total cost; the farmer borrows the rest.

Once the generator’s up and running, GMP puts a four-cent/kilowatt-hour premium on the power, which power users can choose to pay. People and businesses that want to support the dairies pay this premium on top of their ordinary electricity bill. The money goes straight to the farmers. Obviously this makes power more expensive, but the extra charge only amounts to about six dollars a month for the average Vermont household. With the four-cent surcharge, the farmers can pay back their investment in six or seven years.

When Vermonters pay the Cow Power premium, they’re also paying for better water and air quality, a little less greenhouse gas in the atmosphere, and a lot less manure odor. (I’ve lived in rural Vermont, and I’d pay six bucks a month to avoid that last part alone.) And they’re also paying to support their farming neighbors and to maintain the rural character of the state. Most of the customers who buy Cow Power belong to ordinary households, but the program has also had a lot of buy-in from Vermont businesses, like Woodchuck Cider and Killington ski resort, which get to support their fellow Vermonters while simultaneously becoming more sustainable by using hyper-local power. I am drinking, right now, as I type this, a bottle of Woodchuck Granny Smith cider. I felt it important to do my part.

When Central Vermont Public Service began the program, part of its goal was to build up a form of renewable energy that fit Vermont—and by tapping agricultural waste as a fuel source, they’ve succeeded. As a damp, temperate, wooded state, solar and wind have less potential there than they do in Wyoming or Arizona. By now, Cow Power has expanded to thirteen farms, serving three thousand customers. It could easily go further: there are almost a thousand dairies in Vermont, and the extra income and savings from the program may help them endure when the price of milk is low. GMP (which has a variety of farm-centered sustainable energy programs) is looking to build a similar program in which it would partner with a farm by installing and maintaining generators and selling power; in return it would give farmers the benefits of bedding, fertilizer, and odor reduction.

The idea can work, of course, wherever there are cows. There are digesters and generators running on dairy farms from British Columbia to Indiana. It makes me wonder if Concentrated Animal Feeding Operations, our enormous factory farms, could use their horrible lagoons of cow manure to create power—one such CAFO pumps out more waste in a year than a big city. On an even larger note, turning livestock poop into power could help save the world’s forests. In the developing world, subsistence-farming families often rely on wood to heat their homes and cook their food, but with a digester/generator system, their pig or water buffalo may be all they need. Perhaps Vermont is the future after all.