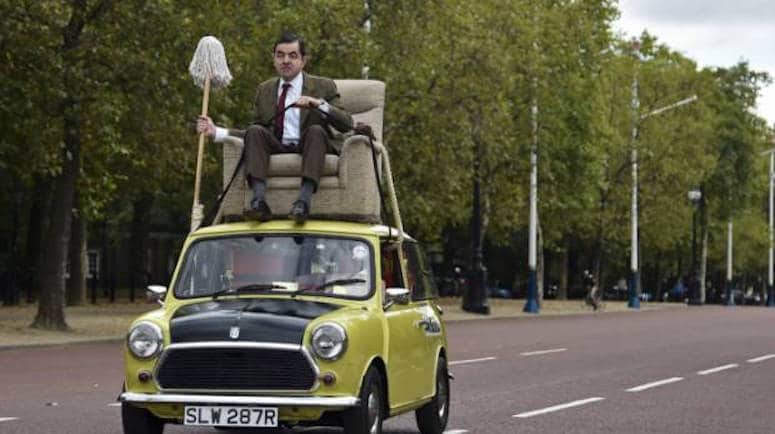 A promotional still from Google’s driverless car project. (No, we’re kidding—that’s below.)

Suddenly, my rear wheels slid on a patch of snow, sending me into the oncoming lane. My Camry spun across the road, tipped over the shoulder, and started to pinball through the trees down the hill. I was sure I was going to die. I didn’t, though—a manzanita bush caught my rear bumper and I sat shaking in the driver’s seat, looking straight up at the sky. I’d been going too fast, getting too casual, and that was why I ended up spinning off the road. It was my fault.

Most of the truly frightening moments in my life have occurred while riding in a car, and I bet yours have too. Almost one hundred Americans die in car accidents every day, and the majority of car accidents, at least 90 percent, come from human error. But still we drive, filling the roadways (86 percent of workers go to work in a car, truck, or van, most of them driving alone) and taking our lives in our hands—not to mention burning hundreds of millions of gallons of fossil fuel. You could argue that people shouldn’t drive cars. Soon, we won’t.

In the near future, our cars will drive themselves. Some of them already do. My daughter—she just turned two—might look at her own children and shake her head as she tells them how, in 2016, their grandparents drove her around themselves. The elimination of 90 percent of automobile accidents will transform travel. No drunk driving, no sleepy driving, no road rage, no texting at the wheel, no speeding in the snow. The personal/economic/cultural/social benefits are obvious too—we’ll be able to work, or read books, or catch up on sleep during the commute. Age, blindness, and other physical disabilities will no longer force people to spend their days at home or rely on a chauffeur. The environmental benefits of self-driving cars are potentially just as transformative.

Driverless cars will burn far less fuel than conventional automobiles. A few years down the road, when car accidents are relatively rare, automakers will do away with the heavy, bulky things that human drivers require for safety—steel frames, for instance—and cars will subsequently become vastly more fuel efficient. The other advance in fuel efficiency will come from cars knowing where other cars are without requiring visual cues, as human drivers do, to judge one another’s behavior. This will let them save fuel in many ways: from drafting on one another like cyclists (this alone can reduce fuel use by 20 percent), to shutting off the engine in traffic jams (or not getting into them at all), to simply parking efficiently. In some cities, 40 percent of total gas use comes from people trying to find parking, which is one of the most frustrating things I’ve ever heard.

The second big environmental benefit of driverless cars comes from slimming down infrastructure. To cope with how bad people are at driving their cars, we have stoplights and rumble strips and concrete dividers and enormous shoulders and parking lots the size of Delaware (they cover a third of the acreage in some cities!), all of which we build and maintain at great financial and environmental cost. KPMG, a big consulting firm that has put together a terrific and very readable report, estimates savings of $7.5 billion a year in infrastructure spending. Over time, the new paradigm could remove millions of tons of concrete from the landscape. Imagine the potential for ecological restoration as we tear up concrete and convert what are now car lanes to human-powered transport. Imagine a dedicated bike lane, once known as “the passing lane,” the entire way along I-90.

The main advantage, though, is that there will be many, many fewer cars on the road—70 percent fewer, according to one expert, with even greater impacts in urban areas. At present, our cars can’t go without us, so they sit unused 90 percent of the time, like microwaves or lawn mowers. A driverless car can give people rides while its owner is at work or asleep, turbocharging the sharing economy by allowing many people—especially poorer people or those who live in dense areas—to rent or own shares of a car rather than buy their own. Zipcar, among others, is already doing this sort of thing, but is hampered by having to use normal cars. Fleet ownership by car-sharing businesses will probably mean better maintenance, too, with the efficiency and safety benefits that that implies. 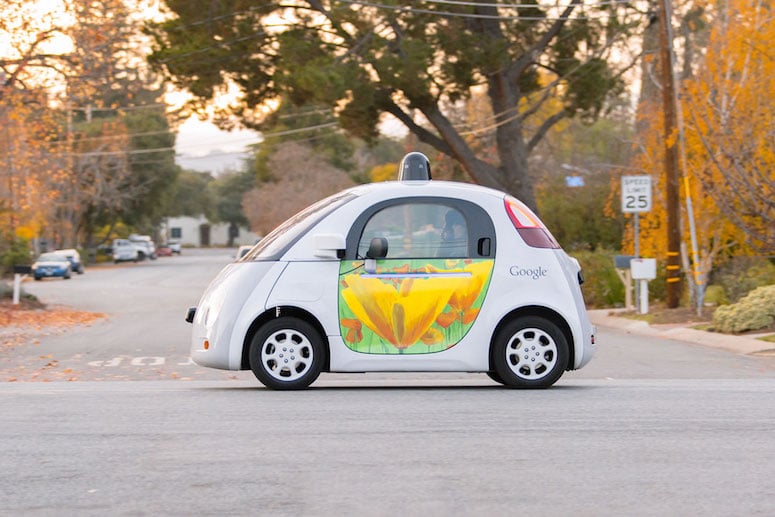 Some worry about driverless cars’ impact on sprawl—won’t they enable people to live far from work? They might, but in this way they’re not very different from hybrids. While driverless cars will make a two-hour commute easier, they will not make it desirable to spend hours in a metal box, and I would be shocked if they pushed, say, Atlanta, or Mexico City, out much farther. No one wants to spend four hours a day in transit, and many people want to live in vibrant city centers.

Now, computer-driven cars can make people nervous, and understandably so. We’ve all had our computers crash on us; I’ve even seen someone dress up as Apple’s rainbow pinwheel of death for Halloween. A crash in (or hack of) the steering program, for example, would be utterly terrifying, and the biggest challenge I imagine for this system (other than political resistance) is the socio-cultural backlash after the first bad accident. But computers are much better at computing than people are at driving—your car is already run largely by computers. On that snowy commute of mine, my Camry, with data on just how much friction there was between tires and snow, would have gotten me to work on time. My main concern with driverless cars, honestly, is of a panicked person overriding his car’s driving program and getting into an accident on his own.

The biggest driverless project that I’ve heard of comes from our friendly masters at Google, who, along with running the world, have been putting specially designed autonomous cars on the road (with backup drivers, just in case) for the last six years. The cars have sensors that allow them to accurately read the area around them all the way down (claims Google) to “seeing” shopping bags blowing in the street at a range of two hundred yards. Google’s cars are ridiculously cute—like a combination of R2D2 and Thomas the Tank Engine. They have driven 1.9 million miles, and there have been zero accidents while the cars drove themselves. (The total accident tally? Fourteen, eleven of which were rear-enders by a human-driven car. It’s been suggested that these humans were on their phones at the time.) Obviously these cars are not yet being driven in the most challenging of conditions—but the networking effects that will make driverless cars that much better aren’t in place, either.

There’s more. Just this month, Uber announced that it will receive a fleet of driverless vehicles. This is a natural next step, partly because much of the expertise that has pushed this technology forward emerged from Carnegie Mellon, which entered into a collaboration with the ride-sharing app back in 2015. If you live in Pittsburgh, where the university and something called the Uber Advanced Technology Center are located, you may, as soon as you’ve finished this column, be able to order up an autonomous vehicle and go see a Pirates game. If you’re nervous, never fear—the cars will have human attendants to make sure that they don’t make mistakes.

So, we’re doing this. Legislatures are debating how to regulate driverless cars. Futurists are ecstatic. Insurance companies and emergency room doctors, surely, cannot wait. Some people will be sad; America is a car culture, and many people love driving. There will always be some who drive, just as there are still some who ride antique bicycles. But we may see—I think we will see—a future full of much safer and cleaner transport options.

There’s a ton of great information out there about driverless cars. Some good places to look, beyond what’s linked in the story: