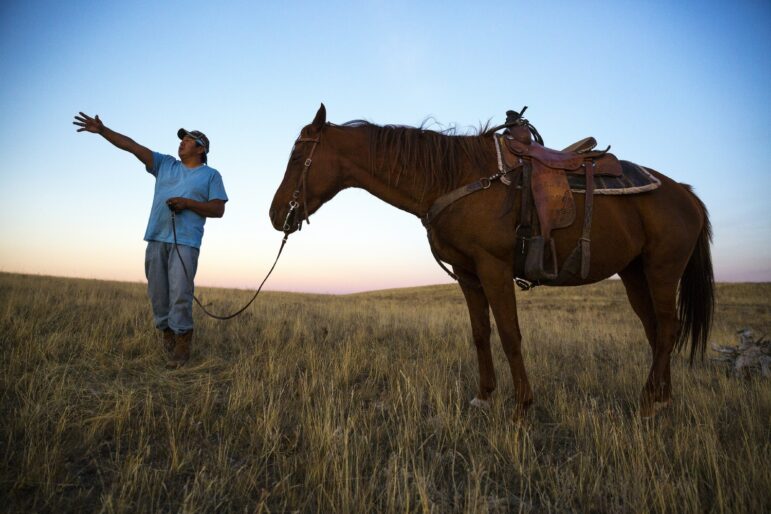 One year ago, Orion Magazine featured “Blessed Inheritance,” an article and photo essay written by Sierra Crane-Murdoch and photographed by Terray Sylvester. The piece covered land policy issues on Montana’s Blackfeet Reservation. Here in the Great Plains, a mutualistic relationship between the Blackfeet and white cattle ranchers continues to provide both opportunities and challenges in the wake of the 1887 Dawes Act, a paternalistic move on behalf of the federal government to divide reservations into allotments and encourage private land ownership.

Since publication we’ve experienced several plot twists: Standing Rock’s fierce resistance to the Dakota Access Pipeline, an incendiary new president, and growing land policy questions—native lands, public lands, wildlands, homelands. Because of this, here are some words and images from “Blessed Inheritance,” a work that remains just as relevant as it was a year ago. 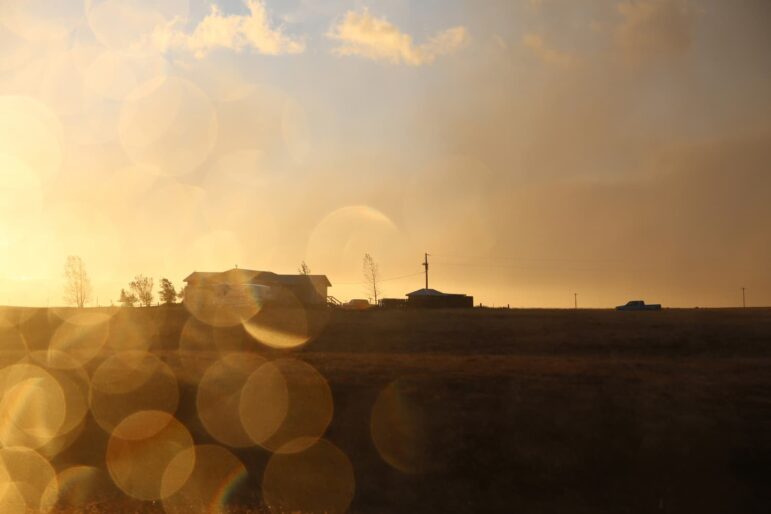 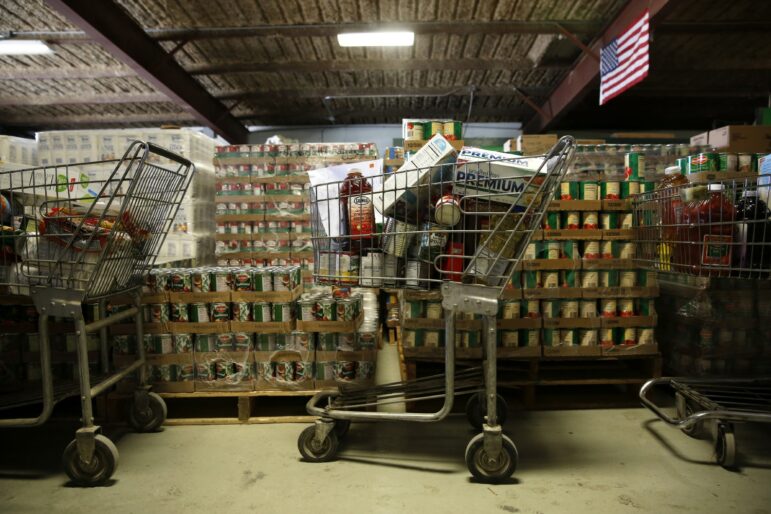 “Lately, the question of what to do with Indian land has caused fierce debate. Some would like to do away with allotments altogether — this vestige of paternalism — and return the land to tribal governments to hold in common for their people. There have been various federal efforts to do just that, but they have met resistance from Indian landowners who do not want to give up their land, even to their tribes. Some say, Why cling to a system designed to ruin us—a system that rendered Indian land functionally useless? The reply: There is no sense in trying to go back; the tribe will never be what it once was. Besides, my grandparents are buried here.“ 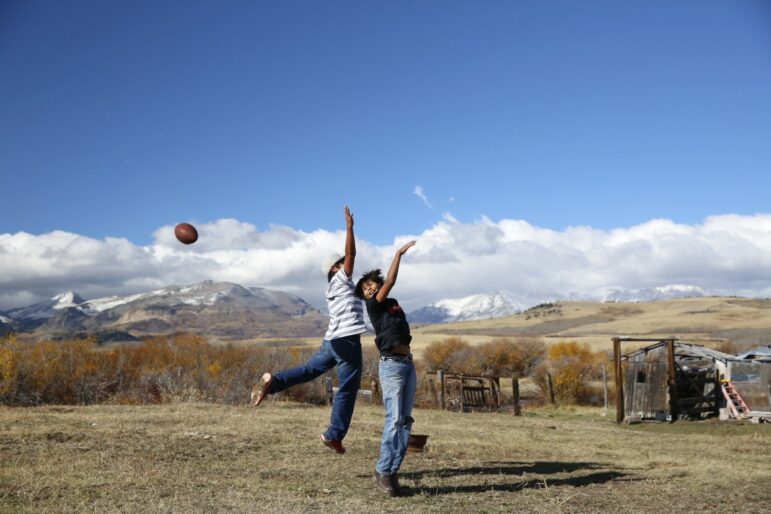 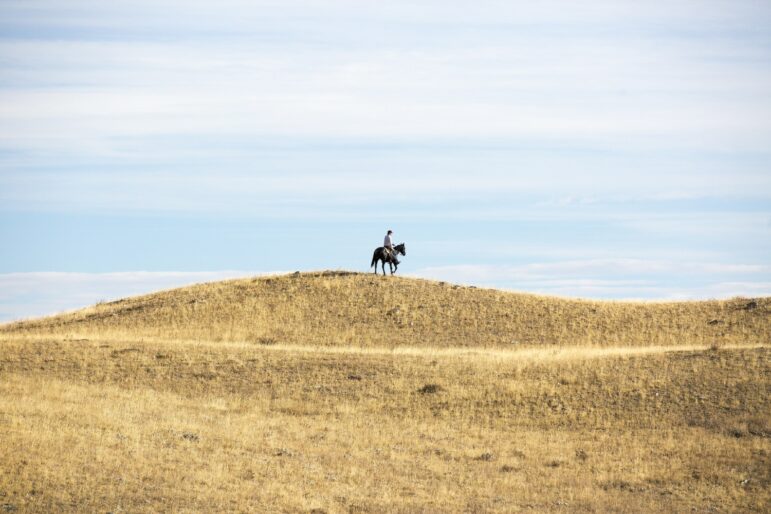 “There are no clear fixes to the problems wrought by the Dawes Act. But a thin yet durable thread still ties some people to their land: it exists in the cemeteries that top the hills, in the creeks where people go to fish, in the pastel prints — each one a prayer — cinched around the trunks of trees. It is also in the pastures people keep. One day that October, we visited another Indian rancher, a man named Al Boy, who managed his own small herd. We rode with him to the corral, where he fed his cattle, and then out across the dry, brittle prairie. He stopped to show us a circle of half-buried stones, a tipi ring more than a century old. This, I thought, is what people mean when they say they want to “go back to the land.” The feeling is not an abstraction; it is the desire for a physical thing. It is the wanting to be in the place that reminds you every day of where you come from.”

Learn more:
Read Robin Kimmerer’s “Speaking of Nature” in this month’s issue.
Subscribe to Orion Magazine
Find a Back Issue