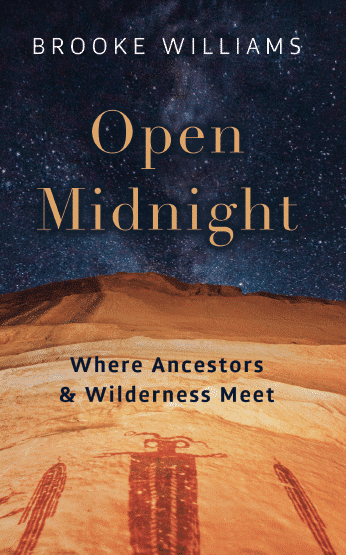 Brooke Williams’s book Open Midnight (Trinity University Press) is an important meditation on ancestry and the spaces where inner and outer wilderness meet. Williams’s career in conservation spans over thirty years, and Open Midnight is a dedication to better understanding his place in the world through such advocacy, and through the lens of another: the ghost of a great-great grandfather.

I caught up with Williams to ask some questions about Open Midnight, about writing a narrative that braids memoir and fiction, and about some of the book’s prevailing themes.

NT: Open Midnight is a nonfiction book and yet you portray one of its main characters, your great-great grandfather William Williams, as a ghost who joins you along the way. Some of his experiences—meeting Charles Darwin, traveling across the Atlantic Ocean—were some of the book’s most compelling sections. Tell us about the process of rendering him in this book.

BW: I discovered William Williams while looking for my “homeland”—where my ancestors had come from. It turns out he and Charles Darwin were born within a five-minute walk of each other, and a year apart. I found no evidence that they ever met. However, since Darwin has always been a hero of mine, I wanted them to have been friends, so I began drawing two timelines on paper. One line marked the dates of Williams’s life events that I’d researched. The other line marked corresponding dates for Darwin. At the left and right ends of both lines, for example, I marked their births and deaths respectively. I noted when William left for America, when Darwin left on the Beagle, etc. Whenever these two men were in the same place at the same time, I wrote a story about them meeting. As I say in the preface, I don’t know that these meetings actually took place, but I don’t know that they didn’t.

BW: My belief is that beneath our civilized lives there exists a wild core, and this applies to each of us as individuals, but also to the landscapes themselves. Immersing oneself in wild places is a way to tap into that wild part, and this, to me, is important because contained in that part of ourselves is an entire evolutionary history, including everything we’ve ever needed to save ourselves. 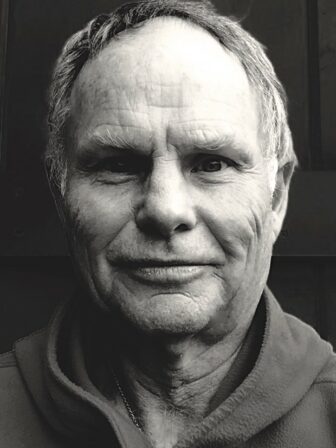 NT: Evolutionary history references a primary thread I found in Open Midnight, where you follow Charles Darwin, evolution, and human progress. Are modern humans, based on how we’re currently treating the planet, an evolved iteration of our species, or is the reverse the true?

BW: At its simplest, evolution is adaptation to changing conditions. Modern humans—especially white, male, and modern—act as if we are now responsible to guide our troubled species into the future. This is dangerous on many levels. The assumption that we have the capacity to understand, let alone replace, a biological phenomenon that’s been at work for over three billion years is the height of absurdity, arrogance, and danger, and it’s leading us quickly into extinction.

NT: Much of this book is you traveling through wild spaces alone. Actually, it’s often you, your dog, and a ghost. Tell me more about why solitary witnessing of wild places is so important.

BW: That wild core, say that it does exist. And say that it might have the evolutionary answers we need. But say those answers are antithetical to the corporate, for-profit forces now loose upon the world, a paradigm that is doing everything it can to keep us from knowing that wild core. Solitude, then, is a powerful and effective way to quiet the distracting noise that constantly tries to sell us things, to sell us a fake self. Solitude helps us listen better, to listen for how the planet can best make use of us.

NT: It appears you’ve come to the conclusion that wild spaces might actually save us in the end. Why is wilderness necessary?

BW: Wilderness saves us because of the access it provides to our evolutionary selves living in our core. It is something worth being exposed to, immersed in, and surrounded by. It’s the life force, intact, at work in wilderness, all around all the time, whether or not we’re aware of it. I try to be aware of it, and this awareness must have evolutionary implications.

Brooke Williams has spent the last thirty years advocating for wilderness. He is the author of four books, including Open Midnight, Halflives: Reconciling Work and Wildness, and The Story of My Heart, by Richard Jeffries, as rediscovered by Brooke Williams and Terry Tempest Williams. His journalistic pieces have appeared in Outside, Huffington Post, Orion, and Saltfront. He and his wife, Terry Tempest Williams, divide their time between Utah and Wyoming.