The Book of Snakes: A Life-Size Guide to Six Hundred Species from Around the World

From the University of Chicago Press:

“For millennia, humans have regarded snakes with an exceptional combination of fascination and revulsion. Some people recoil in fear at the very suggestion of these creatures, while others happily keep them as pets. Snakes can convey both beauty and menace in a single tongue flick and so these creatures have held a special place in our cultures. Yet, for as many meanings that we attribute to snakes—from fertility and birth to sin and death—the real-life species represent an even wider array of wonders.

The Book of Snakes presents 600 species of snakes from around the world, covering nearly one in six of all snake species. It will bring greater understanding of a group of reptiles that have existed for more than 160 million years, and that now inhabit every continent except Antarctica, as well as two of the great oceans.”

Mark O’Shea is a herpetologist, zoologist, author, lecturer, and television presenter. He is professor of herpetology at the University of Wolverhampton (UK) and consultant curator of reptiles at West Midland Safari Park. O’Shea has hosted numerous television series focused on snakes for the Discovery Channel, the BBC, and ITV, including four seasons as host of the Animal Planet/Discovery Channel show O’Shea’s Big Adventure. He has also run a variety of herpetological field projects for the Royal Geographical Society, Operation Raleigh, Raleigh Executive, and Discovery Expeditions. O’Shea is the author of five books, including A Guide to the Snakes of Papua New Guinea. He lives in Shropshire, England.

Jasper Wood lives in Vermont with his parents and sister (don’t judge, I’m only twelve, he says). His hobbies include—but are not limited to—skiing, snowboarding, hanging out with friends, playing video games, and playing trumpet. He has been interested in the sciences and wildlife from a young age. 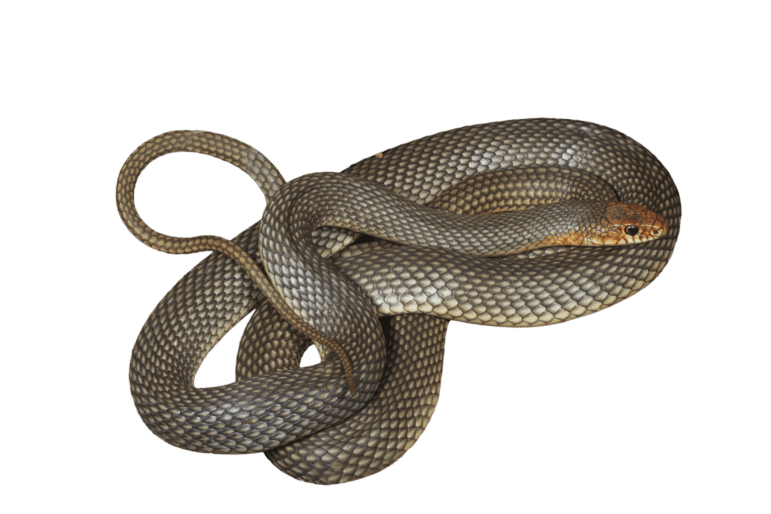 JW: What sparked your interest in snakes and reptiles?

MOS: I first got interested in snakes because other people didn’t seem to like them much, so I read about them, and the more I read, the more I learned, and the more questions I wanted answering. I met my first live snake when I was about eight. It was a boa constrictor at the Dublin Zoo in Ireland and the keeper took it out so I could hold it. I thought it was twice as long as I was tall, but sadly no photograph exists of this career-determining moment.

A year later I saw a live adder, our country’s only venomous snake, on a beautiful spot called Kinver Edge near my home in England. This was a wild snake and I asked my aunt to help me catch it. Fortunately, we failed and it got away. But now I wanted my own snake, so I bought an Italian grass snake from a pet shop and called her Escapist, because she did, often, all over the house.

By the late 1970s I had two hundred snakes at home and was breeding them from all over the world. I became Curator of Reptiles at West Midland Safari Park in the UK and moved my collection into theirs, and I have not kept any reptiles at home for over twenty years. I need the freedom to travel that my research demands and now I am more interested in snakes in the wild than snakes in captivity. 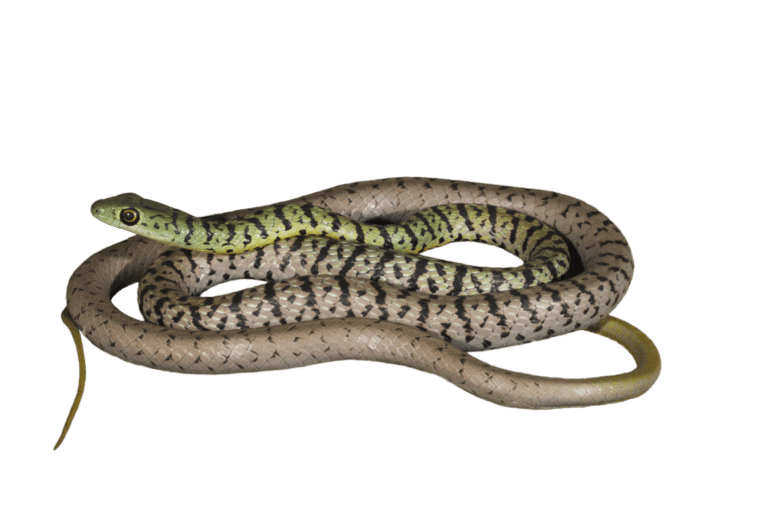 JW: How would this information about snakes and reptiles benefit military doctors and medical professionals?

MOS: Firstly, may I correct a little terminology? We don’t say “snakes and reptiles” because snakes are reptiles and that would be like listing snakes twice. It is kind of like saying “animals and birds,” because birds are animals. It is fine to say “snakes and other reptiles.”

The main benefit a military doctor would gain from a book such as The Book of Snakes is being able to identify different species found within a particular part of the world, whether it is venomous, and discover what kind of venom it may possess. But this is a big book including six hundred species of snakes from around the world. Given that there are over 3,750 species of snakes in the world, it does not include all the species in any particular region. For that, a field guide to that country or region would be more useful.

I have presented lectures on snake identification and snakebite first aid to the RAMC, to civilian medics, and to non-medical groups, and I hope those helped narrow down which species are dangerous in different parts of the world. Around the world every year up to 138,000 people die of snakebites, a further 400,000 are permanently disabled by the effects of the venom, and 1,000 people are killed by crocodiles, so reptiles can be very dangerous.

JW: What is the most life-threatening situation you’ve been in related to snakes?

MOS: I’ve had several non-snake life-threatening events, mostly when I was filming O’Shea’s Big Adventure for Animal Planet, such as being swept out to sea by a large wave off South Africa, or running out of air eighty feet down diving for seasnakes off Western Australia. I’ve had a number of serious snakebites from rattlesnakes, cobras, and other species. My worst bite was in 1993 when a large canebrake rattlesnake bit me in the wrist at the Safari Park and injected a lot of venom. I nearly died in the ambulance.

My first rattlesnake bite was in 1987 working for the Royal Geographical Society on a research station in the northern Amazon and back then we did not have cell phones, sat-phones, or the internet. We relied on old-fashioned radios which were turned on for ten minutes at six a.m. and six p.m. to do “radio checks” with our base in the nearest town a five-hour drive away. I was bitten at six-thirty p.m. in the late afternoon and had to survive the night in the jungle before we could even tell anybody outside the research station and request medivac. We had a small supply of antivenom but the fridge was not working so it was a bit cloudy and when I received it I went blind. Fortunately that was a small snake. Had it been one of the large ones, I might not have survived.

On expeditions in tropical countries I’ve had to contend with dangerous humans, and have dealt with roadblocks set up by bandits, so snakes are not necessarily the most dangerous animals in the jungle. Two legs can be more dangerous than no legs! 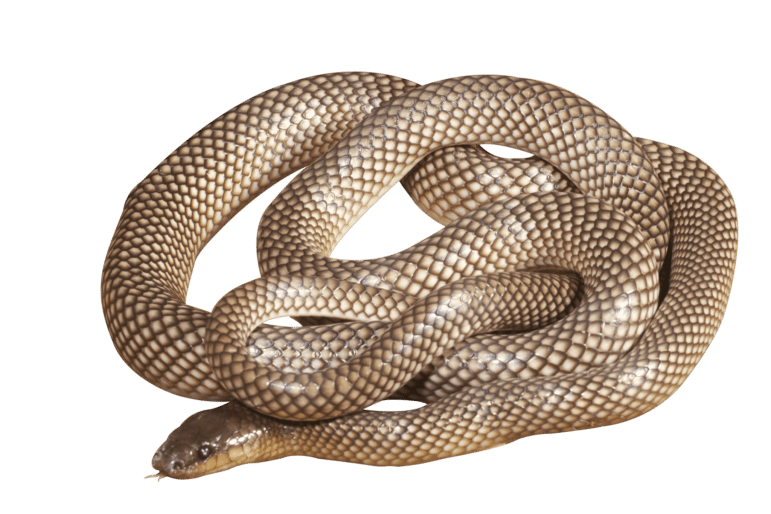 JW: How long did it take you to write The Book of Snakes?

MOS: The Book of Snakes took about two-and-a-half years from start to finish. The first stage was deciding which six hundred species to include. I wanted to represent the diversity of snakes worldwide so I made a list of the 3,700+ species of snakes of the world and divided them by family and subfamily so I would achieve roughly the same proportions per family/subfamily in the book. Then, I selected representative species for each family/subfamily to illustrate diversity of distribution, prey, reproduction etc. I wanted mainland and island species, widely distributed and locally endemic species, rare and common species etc. One important factor was we must be able to illustrate the snake with a high quality full-body photograph, and if we couldn’t, I had to replace that species.

The writing was fun. I’m busy even now writing the second edition of my field guide to the snakes of New Guinea—the largest tropical island in the world—and I am working on scientific papers describing new snake species, lectures for my students and to deliver in Europe and Australia over the next two months.

JW: Wait, so how many times have you been bitten by a snake?

MOS: I assume you mean by venomous snakes, and it is a few but I never disclose the number because it sounds like bragging. Snakebites are an occupational hazard that you try to keep to an absolute minimum and avoid completely if possible, but sometimes they do happen and you have to be ready to deal with them. People are always so interested in snakebites, so I try and talk about them from an educational standpoint. Not all snakebites are dangerous. Some are defensive, dry bites which inject no venom, or they may inject only a small amount of venom. You just don’t know so you treat them all as serious medical emergencies. The canebrake rattlesnake bite I mentioned earlier was while I was feeding a group of rattlesnakes at the safari park, so the snake intended it as a killing bite and injected a lot of venom, so it was a very serious accident. Non-venomous snakes can bite too and bites from large pythons or anacondas hurt and bleed a lot.