Editor’s Note: This list of readings accompanies “The Land Has Memory,” an interview between Priscilla Solis Ybarra and the playwright, poet, and essayist Cherríe Moraga in the Winter issue.

I had been wanting to have a conversation with Cherríe Moraga about the environmental aspects of her writing ever since I first came across her work at Sisterhood Bookstore in Westwood Village in 1997. I vividly recall visiting the store to buy the books for my Eighteenth Century British Literature seminar during my first quarter of graduate school at UCLA. I was a bit annoyed that I was kept from one-stop shopping at the campus bookstore. Little did I know, Sisterhood was one of the iconic feminist bookstores of the Women’s Movement in L.A., and I returned often after that first visit. I bought Moraga’s The Last Generation there and soon after decided that I had to write a book about the Chicana environmental imaginary.

The opportunity to finally interview Moraga came along twenty years later, in January 2017. Why did it take me twenty years? Once I got down to reading The Last Generation in 1997, I felt a deep urgency to engage with its warning that the culture of a people who foster a unique way of dwelling with the planet was under the threat of extinction. But I had no idea how to proceed. I was starting from scratch.

I used those twenty years to catch up on all kinds of history I never learned in school, to read other Chicana writings, to engage with Latin American decolonial philosophy, and to learn about various approaches from the then-nascent environmental humanities. This all eventually came together in my book, Writing the Goodlife: Mexican American Literature and the Environment. Moraga is the only writer to whom I dedicate an entire chapter in that book, and only after writing that did I feel I was finally prepared to speak with her.

Here, I have gathered a list of ten writers whose books I wish someone would have handed to me alongside Cherríe’s book that day in 1997, which could have expedited aspects of my twenty-year journey. Of course, I recommend readers get their hands on anything by Moraga, including her essays and poems in The Last Generation and two of her most powerful plays: Heroes and Saints, about farmworker exposure to pesticides, and The Hungry Woman: A Mexican Medea, set in a dystopian future after the ethnic balkanization of the United States. These are my suggestions for readers interested in learning from the Mexican American and Chicana/x/o culture about the way we uniquely dwell in place and with the planet.

I divide the list into two sections, although, to me, the boundary is porous. The first list includes books suited for everyday reading. The second lists books that show up in college classes, but they are still accessible for anyone to read. Most of these books are not directly about environmental issues. The Mexican American and Chicana/x/o writers included here do not often identify as “environmentalists,” yet their works and the culture they write from engage with everyday practices and ethical orientations that structure a reciprocal, respectful, non-possessive way of being with the land. This is what I call “goodlife writing,” because it’s not environmental or nature writing per se, and it resonates with the Latin American approach of buen vivir and a multiplicity of Indigenous approaches reflected in the phrases sumaq kawsay in Quechua, suma qamaña in Aymara, and ñande reko in Guarani. 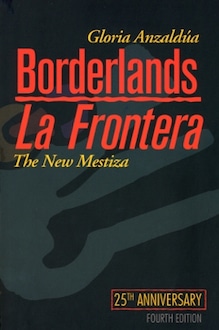 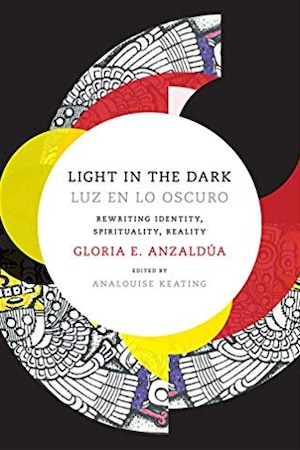 Anzaldúa’s writing famously defies categorization—part personal essay, part poetry, part history. Her themes range widely, too, from spirituality, racism, oppression, heteronormativity, psychic violence, body and language politics, and more. A writer who grew up in the U.S.-Mexico borderlands in South Texas, she consistently engages with the question of the false Western binaries imposed by the notions of mind/body and human/nature. She subverts these divides in a way that integrates histories of colonization, racism, sexism, and homophobia. Her classic work was published in 1987, and in 2004 she died from complications of diabetes. Scholar AnaLouise Keating helped bring her last decade’s worth of writing to press in 2015. 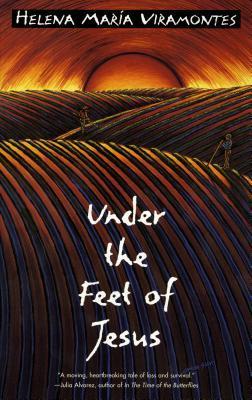 Under the Feet of Jesus (1995) by Helena Maria Viramontes

This novel opens by putting readers in the backseat of a station wagon, riding along with teenage protagonist Estrella and her migrant farmworker family: her four younger siblings, her mother, and a man named Perfecto Flores in the driver’s seat. The setting is 1990s California, where the twin specters of deportation and pesticide contamination threaten these characters alongside the certainty of long, grueling workdays and constant movement. Yet Viramontes carves beauty and communion out of these lived experiences without holding back on her critique of a food system built on ongoing and radical injustice. Viramontes dedicates the book to her parents, who met as young migrant farmworkers. 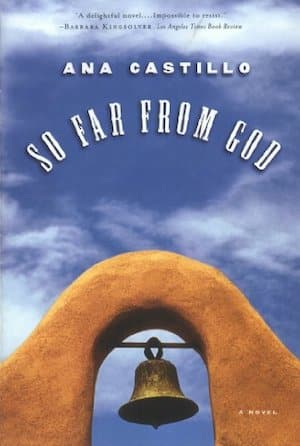 Castillo depicts a family of strong women—a mother and her four daughters—who all defy structural boundaries imposed on them by the exploitative, patriarchal, and violent structures of late capitalism in the waning years of twentieth century New Mexico. The variety of ways in which they achieve this defiance is fascinating and sometimes mystifying. The youngest daughter escapes death in the opening scene and thereafter straddles reality and other-worldly powers, while her sister Fe enacts her faith in the system only to come up short of her fantasy life of consumerism and heteronormativity. Their eldest sister Esperanza blazes a path as a television news anchor but still seeks meaning, while the beauty of the family, Caridad, learns to value herself after experiencing trauma by moving beyond the superficial. Always helped by their stalwart mother, all five women learn the brutality of severing one’s relation to the land, and the healing that can result from reconnecting. 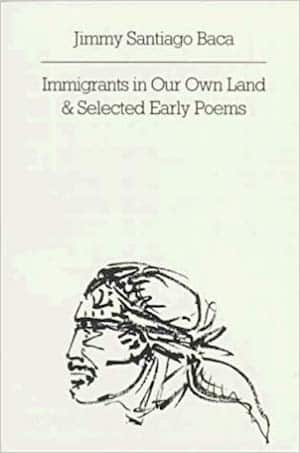 You can’t go wrong with anything by this poet. Illiterate when he was sent to prison for a five-year term, he learned to read and write there and create poems in exchange for cigarettes. He spent the bulk of his sentence in solitary confinement, and eventually sent some of his poems to Mother Jones magazine. Then-editor Denise Levertov was drawn to his work and published it. Immigrants in Our Own Land is his first collection, but he’s published many collections since, plus a memoir, several novels, and a short story collection. I regularly screen the documentary about his life, A Place to Stand, in my Chicanx Literature courses. His poetry captures the frustration of a culture whose relation with the land was manipulated by colonization and imperialism, to which he responds by transcending hierarchical relations and engaging with the beauty of the everyday world. 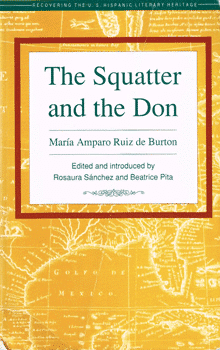 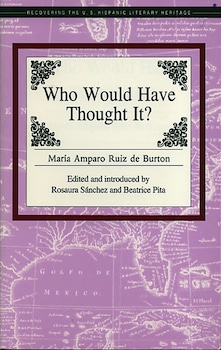 María Amparo Ruiz de Burton was born in Alta California when it was still part of México, and she met and married her husband during the U.S.-Mexico War when he was stationed in California as a young captain. Akin to her life, her novels (the first published in English in the U.S. by a Mexican American author) tell the story of the peoples transformed by this land takeover. The families in her novels go through fundamental changes when Mexico loses half its territory to the U.S. in 1848. The Treaty of Guadalupe Hidalgo that ended the war also promised to protect the rights of the roughly 100,000 Mexicans who chose to stay put. Her books show how that promise was broken, and how some families responded. The class and racial distinctions extant in nineteenth century Mexican culture are fully depicted here in their complexity and complicity, along with the discrimination against Indigenous peoples. These books fill significant gaps in historical knowledge about Mexican American history and culture, told in the compelling dramas of upper-class families and always centered on land, gender, power, and ethnicity. 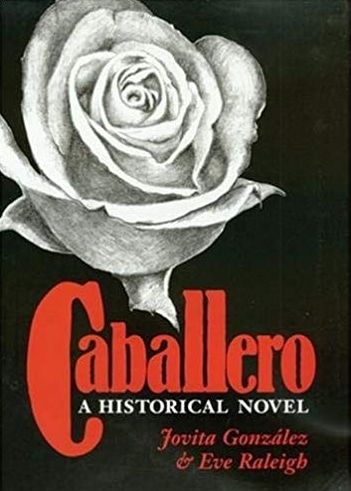 This novel also engages with the U.S.-Mexico War, set during the war and on a hacienda located squarely in the disputed territory in South Texas between the Nueces and the Rio Bravo/Rio Grande that started it all. Readers journey along with the characters who attempt to negotiate the changing political, social, racial, and environmental terrain during the transition of power from Mexico to the U.S. Written in the 1930s by two friends, Mexican American González and Anglo American Eimer (whose pen name was Eve Raleigh), this novel was rejected by publishers at first, and didn’t reach publication until well after the demise of both writers. Scholars José Limón and María Cotera brought the book to Texas A&M University Press in 1996.

The writers and works listed below are most often categorized as scholarly texts, but anyone can read and appreciate the wealth of knowledge they offer.

Environmentalism and Economic Justice: Two Chicano Struggles in the Southwest (1996) by Laura Pulido

Pulido is a visionary of Chicana/x/o environmental politics. A geographer by training, her writings engage deeply with the intersection of race, place, and power.

Another leader in Chicana/x/o environment and culture, Peña speaks from the vantage of the field of anthropology, although his 1998 edited collection offers voices from various disciplines.

This was the closest thing to an environmental history of Chicana writing that I ever read, and Brady’s brilliant approaches to Chicana feminist writings consistently challenged me in my own work to reach for deeper readings that always respect the writers and the lived experiences of our ancestors.

I have been reading Mignolo since graduate school in the 1990s, but this book made most explicit for me the necessary ways we need to understand colonization as an environmental process as much as any other kind of phenomenon.