“If Orion lives at the intersection of nature, science, and culture,
we can see Lulu’s kitchen from our porch.”

Starting with Spring 2020, Orion’s editor Sumanth Prabhaker will select one feature from each issue to introduce. By sharing a short backstory, a quirky exchange, or insufferable anecdote, our hope is to offer you, the reader, an inside peek at the editorial process.

For this issue, Sumanth chose “Animal Planet” by Lulu Miller. Miller is a Peabody Award-winning journalist, cofounder of Invisibilia, and contributor to Radiolab. Her first book, Why Fish Don’t Exist, is being released this week. Here’s Sumanth:

“We’d heard that Lulu was working on something, and that she had us in mind. Lulu was at the heart of Radiolab for a long time, where she once reported on blood flukes spooning into eternity, and later at Invisibilia, where just last week she covered the hydra, a tiny aquatic creature that seems never to age. If Orion lives at the intersection of nature, science, and culture, we can see Lulu’s kitchen from our porch.

We heard, then, that it wasn’t a single story, but a little series of them. Animal stories, yes, but not what you’d think. They spoke. They lived in nests built of human bones. There were illustrations from Kate Samworth, former bassist for the punk band Fire Party. That’s good, I thought. I like bones. I like to use my eyes.

Then we saw the stories, finally, and I got to say out loud my five favorite words: not quite what I expected. They weren’t quirky or kooky or any other -ky. They were sad. Reverent and respectful and somber. They looked right into the eyes of creatures we see as ‘lesser’ and gave them drama and autonomy. They celebrated the possibility of our being outlived. Maybe that’s a dark thought at present, but the writing isn’t dark. It’s bright. Bright and dark. Maybe Calvinoish, if that’s a thing. Not quite what you’d expect.

Lulu has a book out now, also about animals and our perception of animals, also illustrated by Kate. It’s lovely and mysterious and always looking at something else, the way the best books do.” 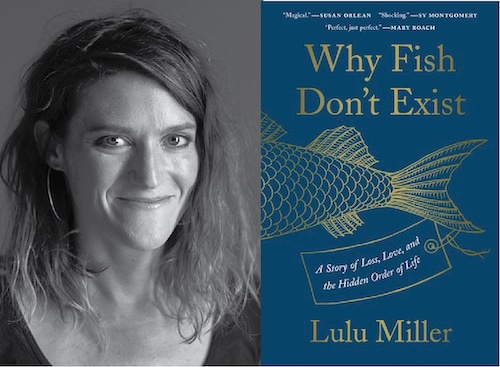