Spotlight GIVE is a web series highlighting some of the people who make Orion possible through their donations.

Bob Nugent is a long-time subscriber and supporter of Orion. He is an artist from Northern California and has taught painting and drawing for thirty-four years, mostly at Sonoma State University, where he retired as Professor Emeritus in 2005. Bob has held over 120 solo exhibitions and has been included in 650+ group exhibitions in the United States, Europe, Asia, and South America. A primary focus of his work centers on Indigenous peoples of Brazil’s Amazon Basin, a region he’s been building a relationship with since 1984.

We visited him at his art studio in Healdsburg, California, for an afternoon conversation over tea and paint fumes.

Do you remember your first interaction with Orion?

In the early 2000s, I had a job working with different artists to design wine labels, and Mary Frank was one of the artists. She would occasionally send me updates on what she was up to. One day, she said, hey Bob, check it out. I’m in this magazine called Orion. Her artwork had been selected for a 2004 piece by Terry Tempest Williams. So I checked it out, started reading it, and that was that. I became a subscriber and have remained one ever since.

What attracted you to the magazine?

I love the magazine because I respect the writers who are in it. I hear stories and learn about things without being preached to, and that’s very important to me. I’ll take in the information and listen to everybody but I want to make my own decisions.

Also, it’s presented so nicely. Sort of like getting a gift each time. It comes and it sits by my table, in this room with a television and fireplace—we call this room the “snug.” You know what snugs are right? Like the cozy nooks of England and Ireland. That’s how I feel about Orion. It’s like my snug. There’s no other magazine quite like it.

Now I’m not a big novel kinda guy. I read a lot of magazine articles. I read two newspapers, front to back, every morning. I get distracted too often to read a novel. My wife, Lynda, was an English major and art major. One of our daughters has a Master’s in English literature. So I bought her a subscription, and now she gets it all the time. 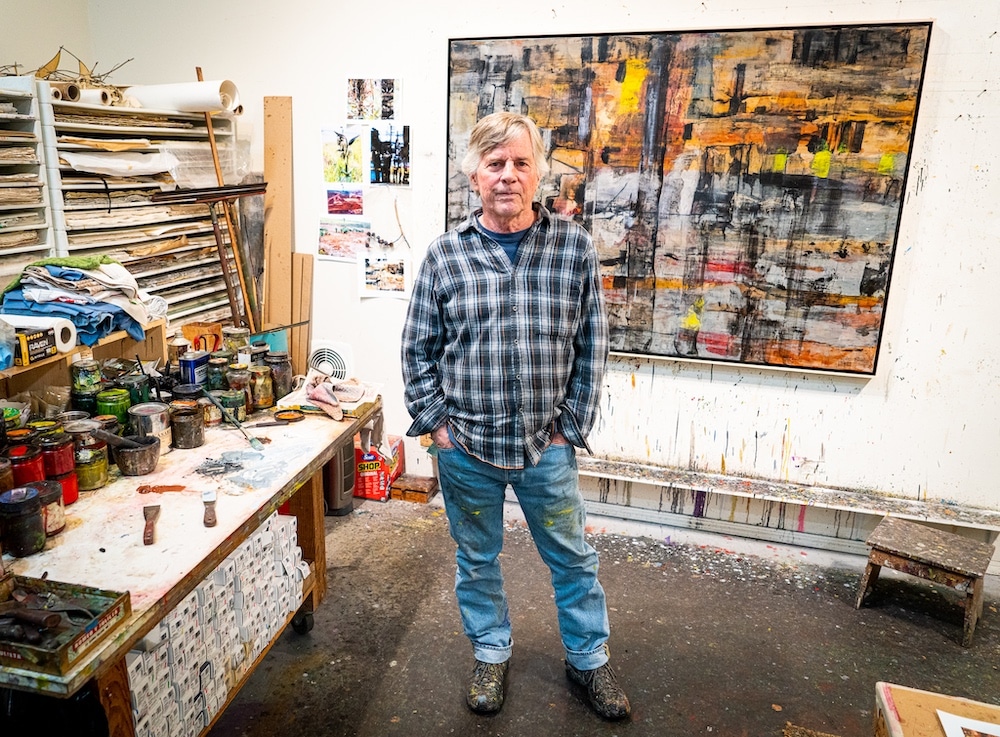 “When I contribute to something, I like to see results.
With Orion, everything aligns with my feelings and my ethics…that’s why I give.”

Tell us how you became an Orion donor.

Well, I never had a lot of money, but there are certain things I want to see continue, and Orion is one of them. If I can help that and keep the ads out of it, then great. I never think my contributions are very large; I never think about that.

When I contribute to something, I like to see results. That’s why I don’t give to the Red Cross or the Salvation Army. It irritates me that the guy running the Red Cross makes a million bucks a year.

How does Orion influence your own artwork? Or does it?

Orion reinforces my ideas about the way things should happen, so I like to support it because writing is not something I would normally go out and do. I don’t know enough about all the things I read to be able to promote it or talk about something like that. Really, I can only explain my own work, and my work is about the beauty of the Amazon, or, more recently, about the destruction of the Amazon. It’s become that way now.

As for my work, I just know this is something I have to do. I work with the material that I have. There’s always new material to feed on. Always. I don’t particularly understand it all. But that’s why I like it. I learn things, I get feedback. I don’t feed the mainstream in paintings. 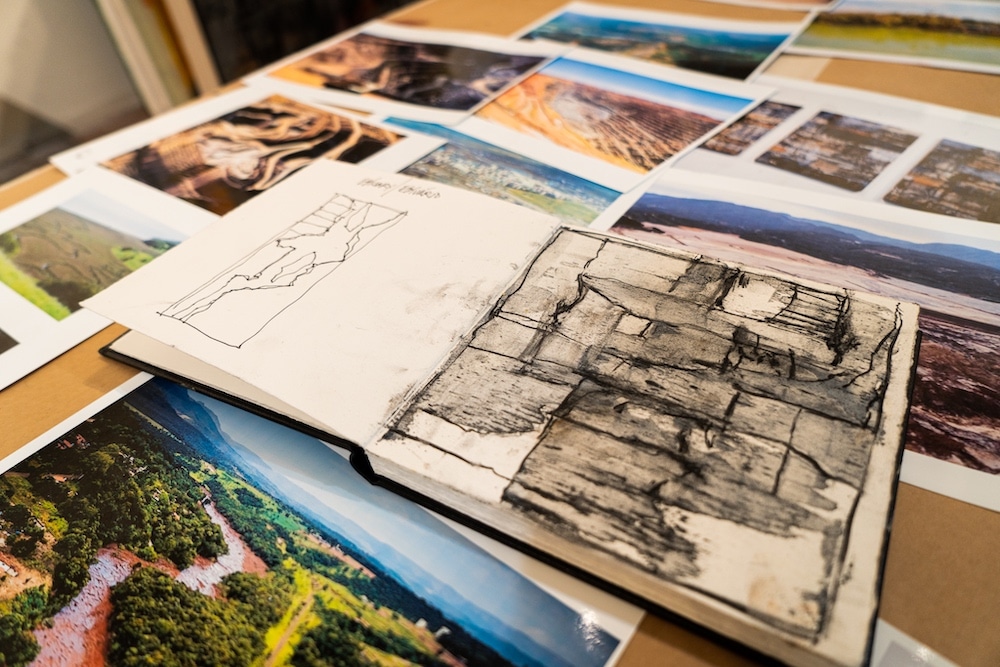 You’ve been reading Orion for almost two decades. You also just mentioned that your daughter is now a subscriber. How might Orion’s stories remain relevant for both long-time readers and newer, younger readers?

I think that you’re doing it. Our girls are all in their forties and the magazine really appeals to them. Younger folks are all in a hurry, and I get it! I was in a hurry when I was younger. I needed to be jarred. I had never really gone anywhere until I was twenty-six years old. Orion has continued to be at the vanguard for artists and writers. It has always led as a sort of curatorial vanguard, and it still does, in my view.

What is Orion missing? What do you want more of?

I love the magazine just the way it is, so that’s a difficult question. I like reading about other places. International. Domestic. I like getting peoples’ reactions from other places and how they interpret that in their work. Maybe that’s what I’m trying to do in my work, to bring notice to places.

When I read Orion, I want to be touched. How you do that, I don’t know. I’m no writer, so that’s why Orion is such magic to me, because I’d love to say evocative things about the places I’ve been but don’t usually have the words to do that. I’d continue fine-tuning that balance between light and dark. I think at times the visuals could be grittier; maybe they’re a little too sweet. I mean, they’re all so beautiful. Refined. But, as we know, not everything in life is so refined.

My response for deepening the magazine’s influence: act with surprise. As a reader, are we looking for stories that fit our vision, or are we surprised by something we hadn’t yet thought of? Maybe experimentation is something you might try once in a while and note the reaction of your readership. 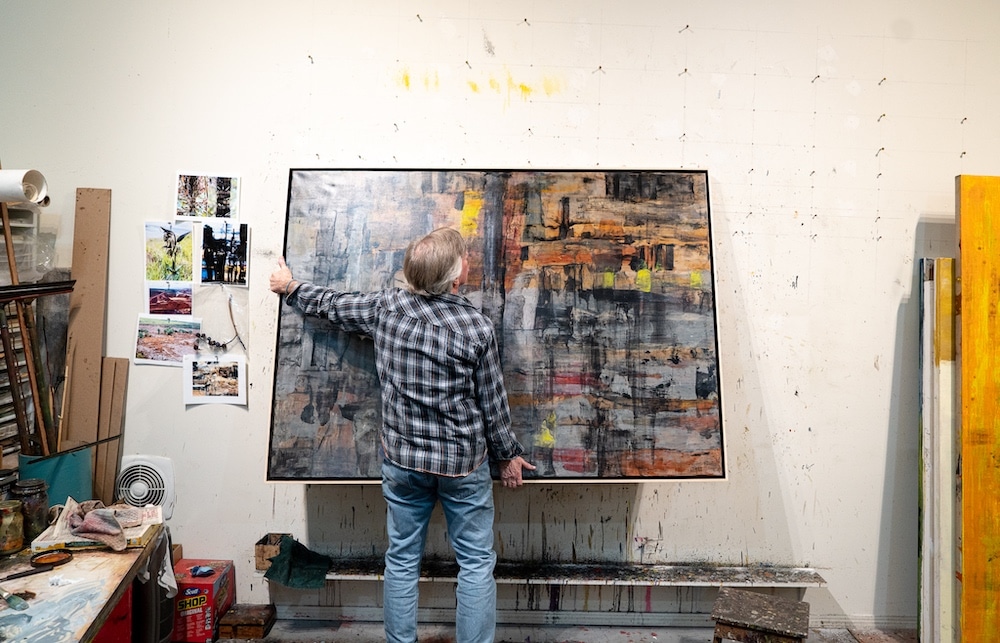 As an artist, what do you see as your primary contribution as we face such an uncertain future?

For me, creating and reading Orion is a political act in itself. You’re carving a space, and that’s precisely what I think an artist does too. Carving out a space. You might even consider the magazine itself as an artist, an artist that has the courage to explore territory that other people don’t necessarily want to hear about. Now, that’s what we artists should be doing. And that’s what Orion is doing.