This dispatch is a follow-up by author Amy Irvine, whose Autumn 2020 feature, “Close to the Bone,” travels from the Mongolian steppe to southwestern United States to contrast the ancient hungers of meat eating with the ethical entanglements of our modern diet.

IN FAR WESTERN MONGOLIA, near the Russian border, there is a dusty, dung-spotted hill covered in black-purple boulders. At a distance, the rocks look glowering and contused. Creep closer, though, and things are anything but grim. There’s the lattice of pumpkin-orange lichen. The tenderly displayed skulls of the local herdsmen’s most beloved animals, now deceased. And the crude etchings of creatures—the earliest of which hail from the last ice age—their hides taupe and gray where the dark patina has been gauged away. Creatures both wild and domestic, creatures found together more often than apart, and in motion far more than fixed.

The rocks are as static as anything on the planet. But looking at the rock art, one almost sways, so strong is the sense of movement. Into grass. Toward water. Away from predators. The frames of these beasts all carried on the hard gelatin of hooves.

I can’t stop looking, even as the sun bows out and a cold wind menaces. So many of the animals depicted here are now gone. Like the grass in the valley below, like the river that cuts through it.

Even the stones erode. 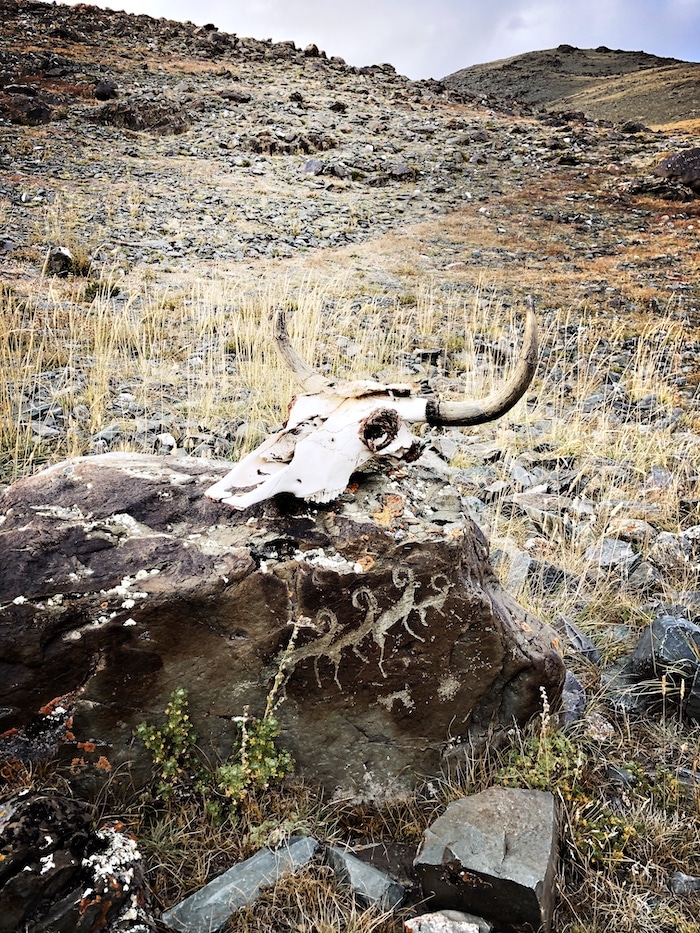 Every year of my childhood, as soon as school let out, our family loaded into a station wagon full of flannel-lined sleeping bags and a mildew-spotted canvas tent, along with a cooler and a box of Red Vines. Tucked between these items were the guns and fishing rods that my father used in the Tetons of Wyoming, where his brother, my uncle, was a National Park Service ranger for several decades’ worth of summers. My sister and I would roll around in the back with loose shotgun shells and lead fishing weights. We squealed in protest at the spilled foam cup out of which crawled the fish bait otherwise known as earthworms.

The first night, we’d set up the tent in front of my uncle’s cabin, which stood in the shadow of Teewinot Mountain. Then my dad would hustle my sister and me out to the edge of Lupine Meadows, where in waning lavender light he’d make us crouch in the sagebrush and wait.

Eyes peeled, we’d look for the animals that seemed to appear out of nowhere, as if from a dream. We got a nickel for each mule deer spotted. A dime for an elk cow but a quarter for the bull—I chafed at the disparity between these. At least we earned fifty cents for a moose of either sex. And if you saw a bear, or a mountain lion, well that earned you a whole dollar, plus all remaining licorice.

Alongside that meadow, I learned to sit and wait and sight in an imaginary rifle on these animals. I could spot even the most stealthy, the most camouflaged creatures—even at long range, in bad light. With the money I’d earn from this game, my father would take me to some tourist trap in Jackson, Wyoming, where I’d blow it on plastic tomahawks, factory-made moccasins, and more candy.

Along the way, my father taught me to think of the animals as both art and food, but never as not living. Never as less than the miracles that they were, still are, and will be when they are gone. And they are going. Two-thirds of the world’s wildlife has vanished in the last fifty years, which is to say they have vanished in my lifetime. My father, were he still alive, would be hard-pressed to believe it. 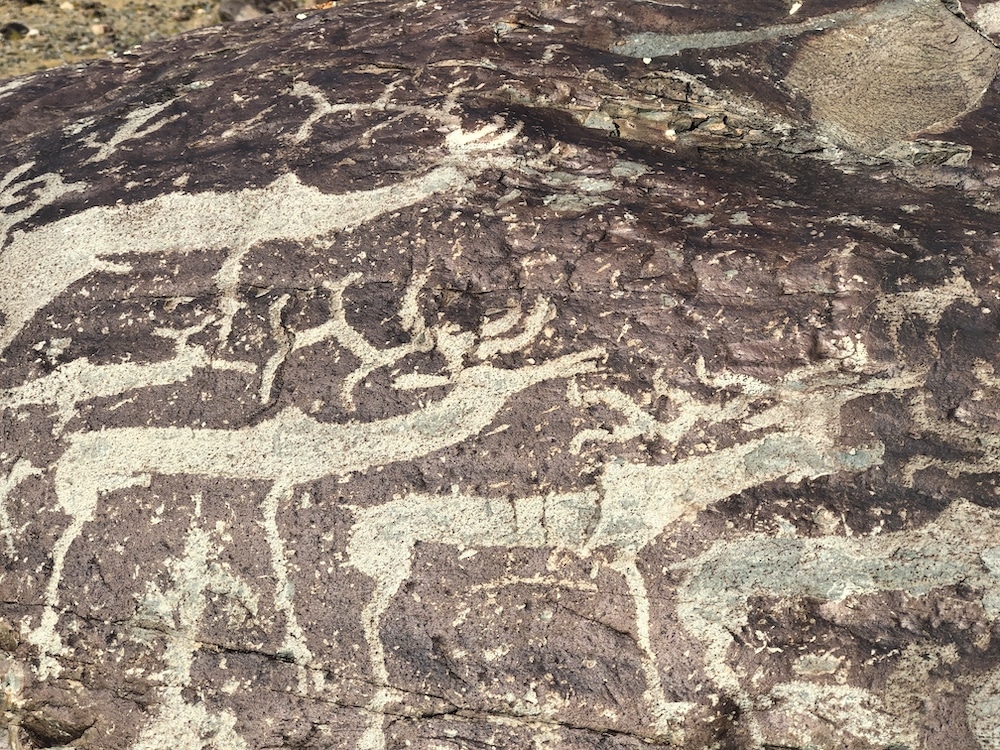 In Mongolia, sidewinding through the bruised and scattered boulders, I hunt for animal images. There are deer, elk, yak, and horses. There are ibex, too, which I find a pair of, nose to nose. They both have an impressive rack on their heads—tall, ribbed, and curved. Because the female ibex has much smaller, shorter horns, it’s obvious this isn’t about conventional courtship. My mind defaults then to the assumption that these are two male ibex, about to clash over turf or mates or harems, things the male sex of most species have always fought for. To the death.

But these ibex—they just don’t exude violence. Or maybe it’s my projection. After all, it’s the end of 2019. I’ll be returning to a U.S. that is darker and more divided than ever before—and who knew then, just how low we’d go in 2020. Suddenly, what I need is for the meeting of these two beasts to be about love. It can be a pair of gay males, or it can be a fond greeting between two brothers, or good friends. Maybe the smaller one is a female with extra testosterone, maybe he/she is transsexual. Any explanation is fine as long as the two animals look like they are making contact with kindness, in kinship. Not like they are about to butt each other off a cliff.

These are the only ibex I will see in Mongolia—although there were many just a few years ago. Every day, from the saddle atop my one-eyed, hardscrabble pony, I strain my eyes and scour ridgelines and rock faces, looking for sign.

What would my father give me now, to see just one? O