In our November/December 2011 issue, author and naturalist Sy Montgomery wrote “Deep Intellect,” which investigated the inner life of the octopus. Since its publication this feature remains the most-read Orion article of all-time. On this World Octopus Day, we reached out to Sy for an update on her continued relationship with these eight-armed, three-hearted creatures, and how they might help guide us in this moment of tumult and uncertainty.

T HOUGH OCTOPUSES have eight arms, they don’t have shoulders. If they did, I would be standing on the shoulders of giants, Giant Pacific or otherwise.

They all have names, of course. Athena was the first. An elderly female Giant Pacific Octopus who lived at the New England Aquarium in Boston, Athena rocked my world from the moment I saw her dominant eye swivel in its socket and lock onto mine. She turned red with excitement, jetted to my side of her tank, and the next thing I knew her eight boneless, muscular arms, each clad in two hundred grasping, chemically sensitive suckers, came boiling up out of the forty-seven-degree water to meet me. I plunged my hands and arms into the water so she could begin tasting me. I petted her all over, and to my delight, she turned white beneath my touch. White is the color of a relaxed octopus. We became friends.

Athena died all too soon after a few reunions. But then I got to know Octavia, and Kali, and Karma. And from what they taught me, I wrote The Soul of an Octopus: A Surprising Exploration of the Wonder of Consciousness, in 2015.

My octopus friends captivated the world. The book became an international bestseller and has been translated into thirteen languages. It inspired OctoNation, the world’s largest octopus fan club, which thanks to founder Warren Carlyle, boasts 200,000 members committed to protecting the oceans and its creatures. It helped prime readers to enjoy other wonderful works on octopuses and other cephalopods, including Other Minds by diver-philosopher Peter Godfrey-Smith, Squid Empire by invertebrate biologist Donna Staaf, and the splendid recent Netflix documentary, My Octopus Teacher. 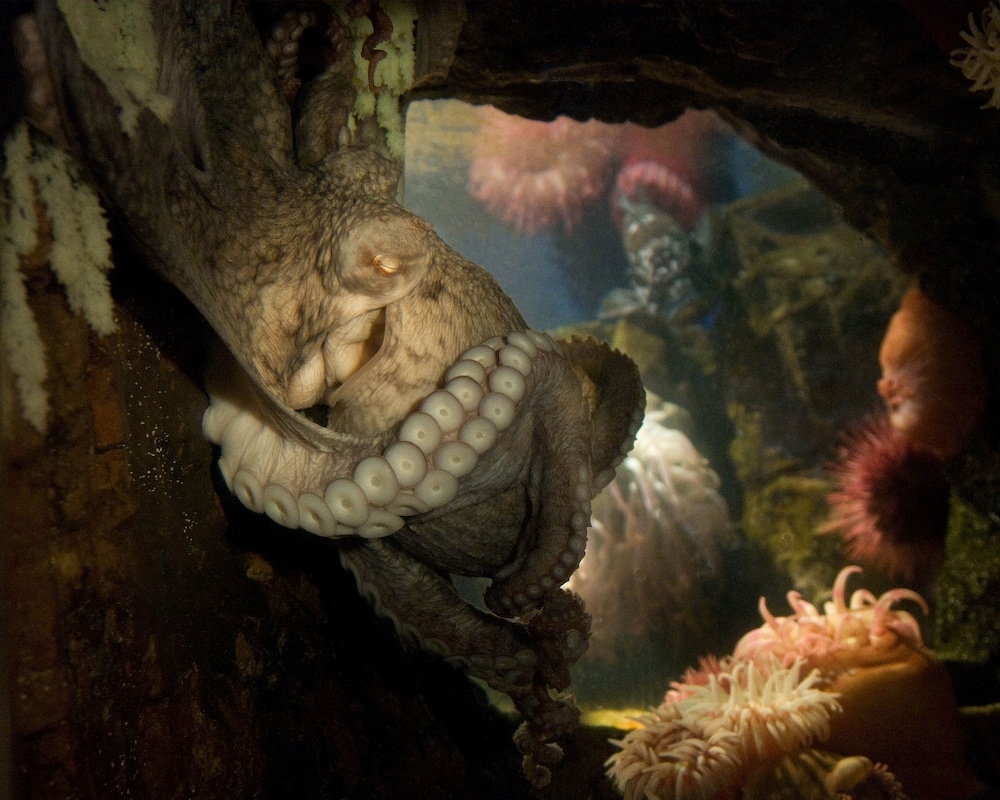 Athena, Octavia, Kali, and Karma’s distinct personalities, playfulnesss, and intelligence were irresistible. Readers of all ages have written to me about the experience of knowing them through these pages. Some said that reading the stories of these individual octopuses helped them through ill health, the loss of loved ones, or fear and depression. Young people said the book made them want to work in the field of marine biology. Other readers confided that connecting with these octopus minds expanded their own consciousness.

Even if someone has a beak like a parrot and venom like a snake and breathes water and lacks bones, you can still find common ground.

So I wrote more about octopuses: The Octopus Scientists, for kids in grades four to eight. A picture book, Inky’s Amazing Escape: How A Very Smart Octopus Found His Way Home, with art by Amy Schimmler. Octavia occupies one full chapter in How To Be A Good Creature: A Memoir in Thirteen Animals, which came out two years ago for adults. She also appears in a picture book for very young children, Becoming A Good Creature, which came out last week.

She teaches an invaluable lesson: Even if someone has a beak like a parrot and venom like a snake and breathes water and lacks bones, you can still find common ground. You can find treasured friends among those quite unlike yourself.

“When the student is ready,” goes the proverb, “the teacher will appear.” I’ve lived my life according to this promise, and found that many of my teachers have appeared far from any classroom—good news for children whose schools are closed due to COVID-19.  The trick is to realize that these teachers are all around us. We only need to recognize them and listen to their truths. And sometimes, as Athena the octopus and her successors have showed me, teachers have three hearts, blue blood, no bones, and eight arms. O 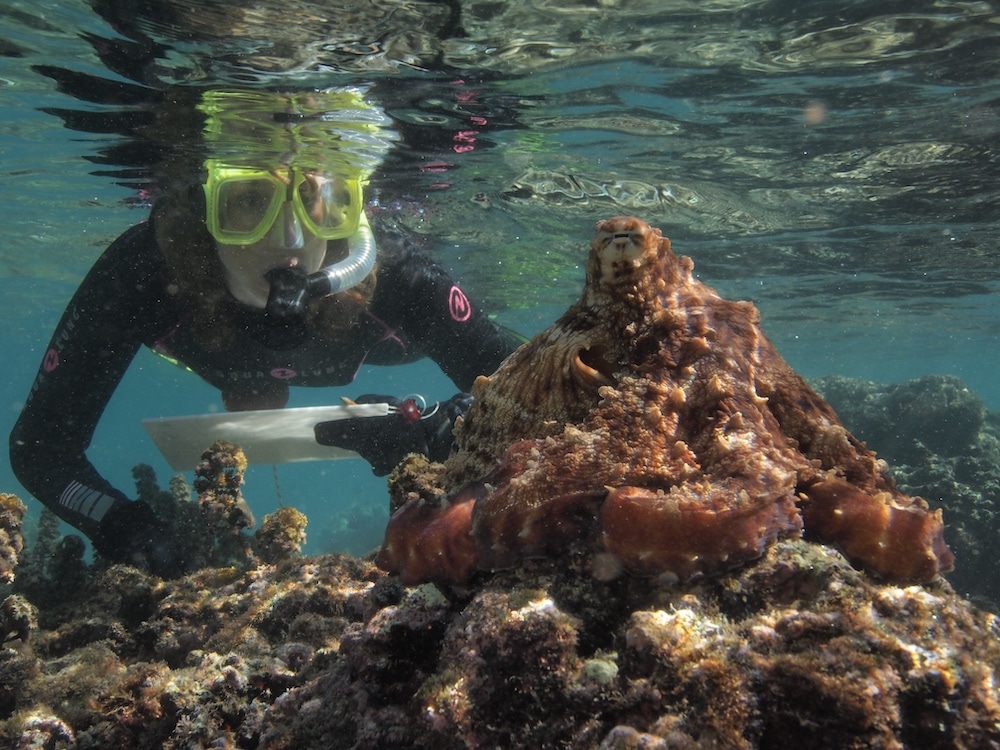 Photo: David Scheel | The author with a wild female Octopus cyanea who she met on Moorea.