ORION‘S poetry editor Camille Dungy returns for Pride Month to recommend five essential voices from the LBGTQIA+ community for Orion readers. In addition, a handful of established poets offer some of their favorite collections. Enjoy and share, because the ecology of love is deep and wide. 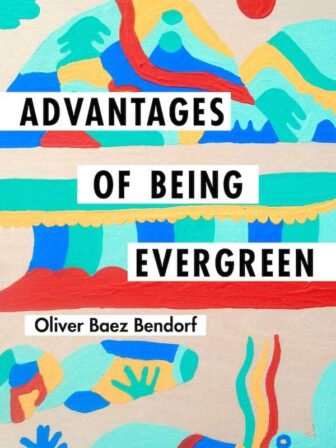 Advantages of Being Evergreen by Oliver Baez Bendorf

The landscape of these poems is beautiful and treacherous. These pages are filled with catalogs of what it means to breathe deeply in your own living body, even if that body has yet to be lovingly recognized. Poet Gabrielle Calvocoressi (see her work also for more quality reading) calls Advantages of Being Evergreen (Cleveland State University Poetry Center) “Equal parts prayer and potion and survival guide.” Swollen rivers, congregating burs, and common spiders spin spells. There are mountain trails in these pages, and badlands, and precarious passage through hunters’ terrain. There is also hope, and hollering (and hollowing), and prophecy, and praise. 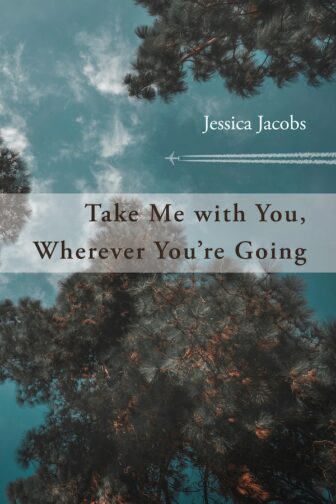 Take Me With You, Wherever You’re Going by Jessica Jacobs

So much to love about the love Jessica Jacobs writes into this book. The grown-up love—in which the speaker at the center of these poems finds the woman with whom she intends to spend her whole life—but also love for the child who would become the love-full speaker one day. Love for the Florida brine and bracken and alligator ponds and turtles and all their many instructions. Sometimes we caution writers against using the greater-than-human world as an example of what it means to be human. The dead turtle on the road is just a turtle. Not a rune to turn to for the meaning of life. And, yet, sometimes the world does seem to speak to us, to speak through us, in deeply charged ways. That’s part of how metaphor works. A poet takes an example from the real world, lays it against a story from her own life, and lets the marriage of the two create a new reality that, rather than erasing previous realities, magnifies what has been there all along. Page after page, Jessica Jacobs does just that in Take Me With You, Wherever You’re Going (Four Way Books). What a delight it is to read the world through her eyes. 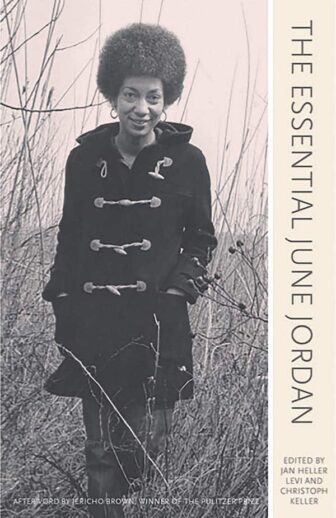 June Jordan once wrote that “Poetry means taking control of the language of your life.” And, my goodness, it would be difficult to count all the ways Jordan takes control of the language of her life in this collection (Copper Canyon Press). Jordan’s work could easily, and properly, be categorized as capital-P Political Poetry. And yet. And yet. Her whole life is in these pages. I think of her nearly comical poem, “Letter to the Local Police,” which seems to be in the voice of a frustrated and ridiculously officious neighbor who simply wants the landscaping in the area tidy and trimmed. And yet, there is much menace in the poem. Much memory. Much cautionary comment on complicity. It is impossible to read this poem, or most any poem by June Jordan, and not understand the dangerous undertow at work in such a request of uniformity. Equally, poems like “Sunflower Sonnet Number Two” remind us of the beautiful undercurrents of communion and care that build revolutionary resilience in this world. 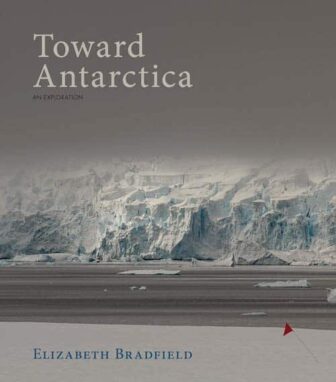 Toward Antarctica by Elizabeth Bradfield

So many of us hunger for Antarctica. For its promise of something notably new to our experience. Its promise of something pristine. Though very little is wholly pristine on this planet. Very little is free of our “fantastic, greasy hope.” It seems fitting that in her deep and thoughtful journey to the site of so many voyagers’ ambitions, Elizabeth Bradfield would turn to the form Bashö found useful for his own Narrow Road to the Interior. Bradfield’s gorgeous collection of photographs and poems—part cultural criticism, part journalism, part art portfolio, part memoir, part lyric splendor—could grace either your bedside or coffee table because it is as wonderful to look at as it is to read. A naturalist, poet, and photographer, Bradfield is as keen-eyed about the continent and its surrounding islands as she is about the souls counted present on the ships that take them there. This balance between expansive views and focused clarity make reading Toward Antarctica (Boreal Books) almost as good as sailing there ourselves. 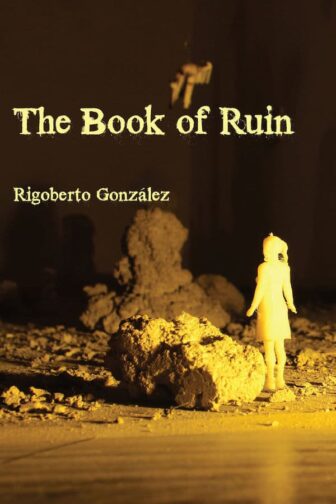 The Book of Ruin by Rigoberto González

How many ways can you imagine the end of the world? Rigoberto González’s remarkable recent collection reminds us that the world has ended over and over and over again. That its endings continue, and still we carry on. We must carry on. These poems look backward and forward and reveal the changing same. They place bodies where we might not expect to find them—Chinese immigrants fighting in the Mexican Revolution, children in the middle of a violent dispute between miners and militia, legendarily wicked women showing their soft, sad, hearts—and in doing so they also reveal the changing same. All the while, the land has a voice as loud as any human’s. The mountains speak here, as does the dry expanse on the border between two overlapping worlds. These poems remind us that (and sometimes how and why) we kill so much and so many. Why we mourn so much and so many as well. The Book of Ruin (Four Way Books) gathers stories from the changing landscapes of our lives and sets them before us like stones on a path. 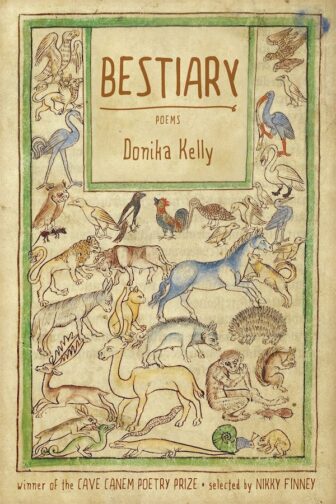 Donika Kelly’s powerful first book, Bestiary, just knocked my socks off. Nikky Finney, in her introduction, writes, “the beasts that push us to write our modern migration stories are found everywhere we dare deeply look,” a keen-eyed framing that honors the intimate and historic nature of Kelly’s poems. In Bestiary (Graywolf Press), queerness, Blackness, love, home sense and more shift and flicker, fin and gallop; raw, wrought poems of childhood trauma sing alongside poems that dance artfully with identity and desire through wild personification––self as hermit thrush, centaur, secretary bird, mermaid, fish––creating an expansive and expanding sense of self in world. So many writers ask us to examine our distance from the nonhuman, our alienation in this Anthropocene. Kelly does the opposite, delving into the factually accurate and wildly imagined lives of creatures as a way of finding both the self and the connections we have with all sorts of beasts: “Nothing approaches a field like me. Hard / gallop, hard chest––hooves and mane and flicking / tail. My love: I apprehend each flower.” 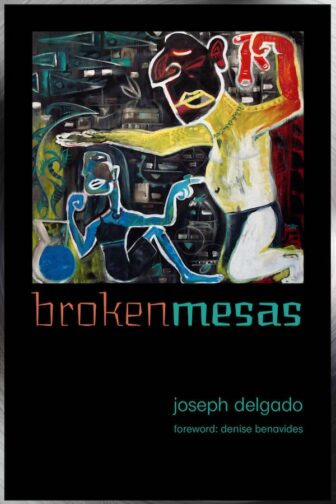 Broken Mesas (Kórima Press), Joseph Delgado’s dazzling new collection, is divided into three sections: Clay, Sand, and Stone. Each section employs a dominant feature: couplets, white space, and the prose paragraph. Yet all three move through the strenuous landscape of the low desert in Mojave Valley where, despite its apparent isolation and hardship, life continues to thrive: “and the rains, here, they come and go only a few / times, rotting hot, this husk of // river cut land. stones. acacia. cactus / plump on the unshaven tongue.” As does love. Delgado amplifies not only familial relationships that preserve story and memory, but also the homoerotic encounters—“the smell of men breaking”—that electrify the spirit wearing down with time and heat: “my body glazed with starlight, I wait here, while you fumble with the zipper in your jeans, the good boots smeared with midnight.” Delgado’s language is imbued with the startling imagery of nature and the elements, highlighting the intimate relationship between people, their everyday experiences, and the land they inhabit: “I fumbled with the bones, out back, storm wet, watching as rain splinters across mesa, across corn husk. I tried to remember the old prayers, those words like spears of wild apple, in the mouth, sour, bruised.”

The affection expressed for this way of life, in this setting, is unshakable, even when the tensions gesture toward what is lacking and what is missing. What is present is always treasured: “I watch for moon, sliced, slivered, eastern sky./ and momma says yucca blooms for moths to eat./ blooms, petals loosened in a bright light.// a night steaming, sweating, leant against old fences.” 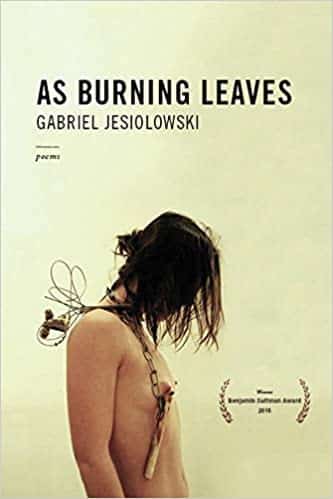 I so admire the way Jesiolowski resides in the world inside these lean, smart gorgeous poems—“where the sea circles around the island in a star pattern––where in the center of grieving we are disoriented, skinless.” The geography of the body changes, its landmarks temporary, its border shifting, in Gabriel Jesiolowski’s As Burning Leaves (Red Hen Press), a cartography of new forms, new ways of being. These poems constitute a healing atlas, a journey of utmost compassion, marked by both formal elegance and artful eloquence. 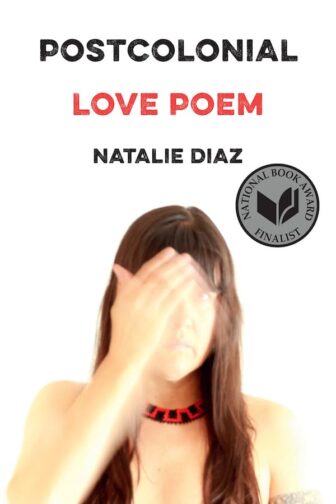 Postcolonial Love Poem (Graywolf Press) is gorgeous, devastating, and necessary. Central to these poems is the body––the body of the beloved, the body of rivers, of the land, of Indigenous people, of language. As Natalie Diaz writes, “The water we drink, like the air we breathe, is not a part of our body but is our body. What we do to the one––to the body, to the water––we do to the other.” These poems lay bare the inextricable union of violence and desire, grief, and the bedrock of love. In a world that is so broken, Postcolonial Love Poem sings an exquisite song of repair. I don’t know when I’ve read a book of poetry more moving or more essential. 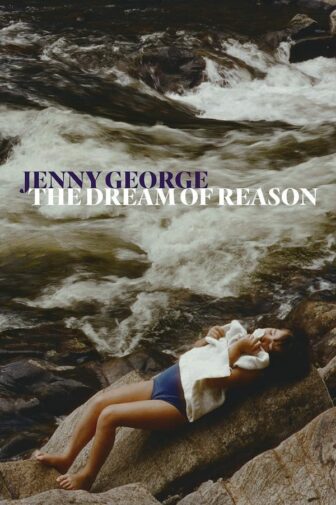 Joseph Legaspi recommends The Dream of Reason by Jenny George

Jenny George’s The Dream of Reason (Copper Canyon Press) is nature poetry as phantasm, paradox, evocation, assembly line, and hard-earned beauty. These poems collide the sublime with the earthly, the farm with the netherworld. Pig with humanly functional eyelashes wears a nightgown. An uneasy field hosts a wake. The orchard is carved with the names of girls. In all its surreal and organic wandering, the book poses many questions, but the most imposing perhaps is: Who is the animal in this bestiary?