“To the west: trees.
To the east: a mall.
North: fast food.
South: darkness.

And at the centre is The Building.”

JEFF VANDERMEER’S novels and stories are known for the ways in which he manages to merge a profound understanding of the natural world with elements of horror, fantasy, and surrealism. He does this in a variety of ways, but the end result crafts worlds where both nature and genre elements offer more than just metaphor. We are left with is a world that is not our own, but one that is often unsettlingly familiar.

In Secret Life, cartoonist and illustrator Theo Ellsworth adapted VanderMeer’s 2004 short story into his own surreal style. Ellsworth has a reputation for his skill at crafting stories that blend the fantastical and the autobiographical, dreams and nature, and the results on the page show a unique vision of the world that, when investigated, looks much like our own inner and outer lives. In other words, the two are similar enough to make a collaboration something worthy of note. 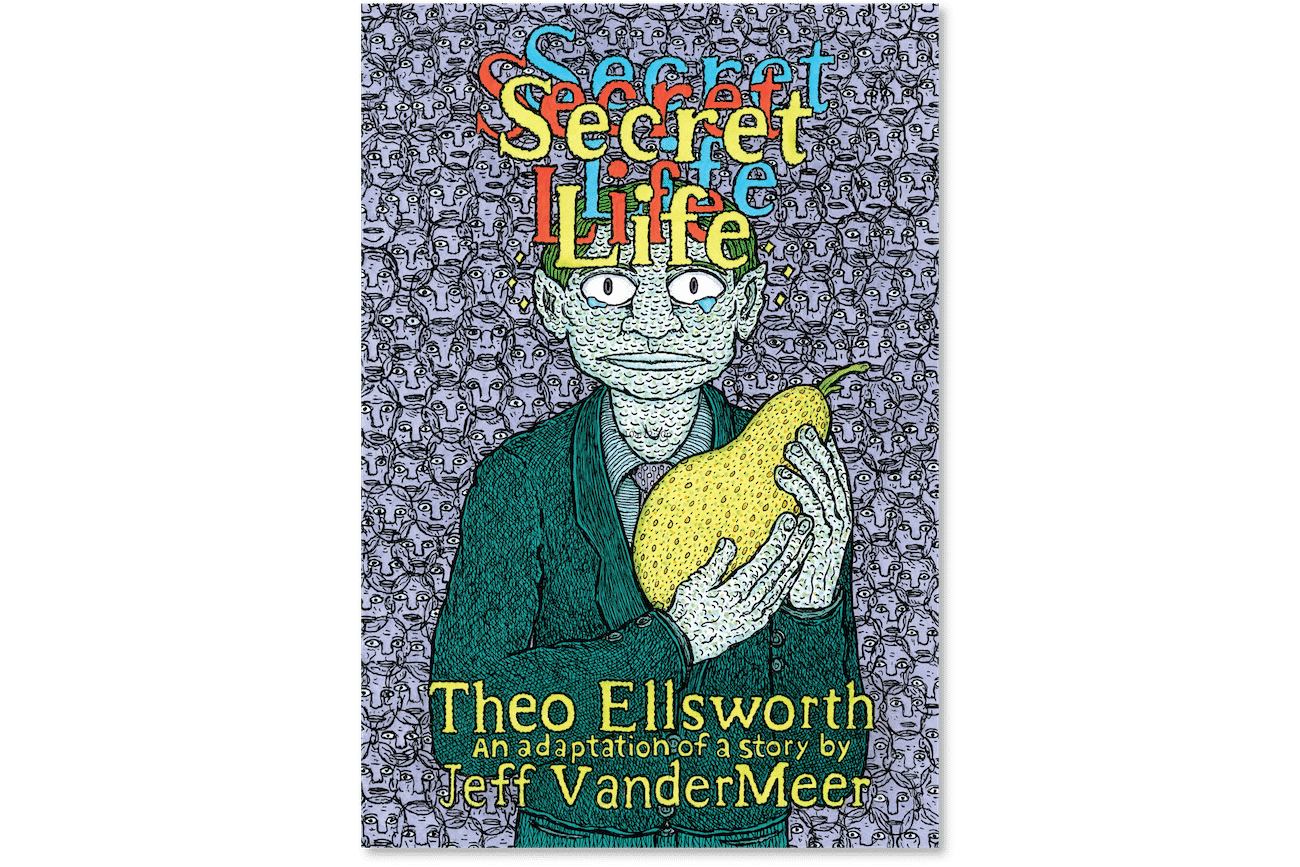 What might initially seem like a strange parody of office culture quickly becomes something far stranger. The people on the third floor come to hate the people on the second floor. The people on the second floor develop their own language. An unsettling animal-like scream comes from the quiet elevator as it reaches the first floor. The custodial staff has their own strange habits and rituals, and a disdain for the other employees in the building. One employee sees his pen as the reason for all his success and becomes enraged when his boss takes it. A woman in a windowless office, whose job description hasn’t been updated, begins talking to mice, and understanding them as they talk back. 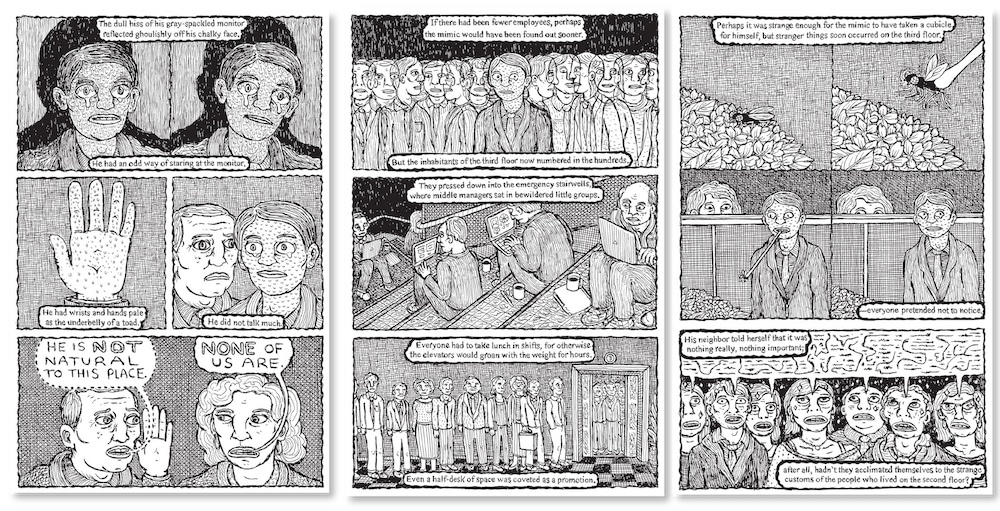 One employee doesn’t notice when a vine starts to grow in her office. But as it grows, she can’t bear to cut it into a healthy plant so she pushes a ceiling tile aside, letting the vine sprawl. A custodian in training finds this tendrilled vine sticking from a ceiling tile in the basement and crawls through the building to seek its source.

In the midst of these strange, braided tales of human beings organizing themselves, of fighting among one another and reorganizing into barely understandable groups, nature crawls in the background, before ultimately asserting itself. In the way nature often does, in its beautiful and violent manner, this book leaves us rooting for nature over human beings. All the work of these humans in the story fades away, gets destroyed, and what remains is nature. No longer pristine, but something else. And much like Ellsworth’s art—as grotesque and beautiful as it is—it’s impossible to look away.

Read an excerpt from Secret Life.

Alex Dueben is a freelance writer specializing in comics and poetry, books and art. He has written for The Believer, The Brooklyn Rail, The Comics Journal, The Paris Review, The Poetry Foundation, and other publications. More of his work can be found at alex-dueben.com and @alexdueben.