IT’S NOW INCREASINGLY APPRECIATED that our current system of political economy is failing us right and left. The search is on for a new economy and polity that can routinely deliver good results for people, place, and planet. Fortunately, a growing public interest in social and political transformation has been matched by an outpouring of exceptional books addressing what that means and how to accomplish it. My reading shelf is full with these books, and my goal here is to share some of my favorites with you.

From the outset, then, the list that follows reflects my preferences and biases, and, inevitably, the books that have somehow come to my attention. I made the tough decision to limit my selection to only books published from 2020 on. What follows are neither book reviews nor book summaries, but instead brief vignettes that should introduce the book and, I hope, whet appetites for more. I will start with books that deal with the sine qua non of transformative change, the movement from destructive values and habits of thought to a new consciousness appropriate for the situation ahead. 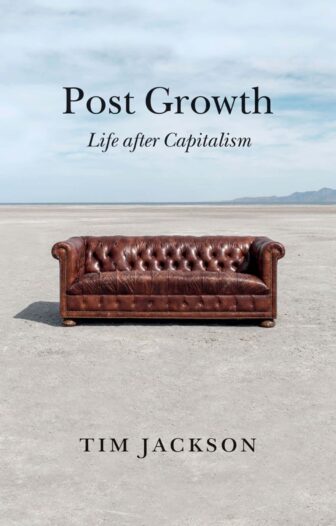 There’s no better place to begin than Tim Jackson’s Post Growth: Life After Capitalism (Polity Press, 2021). It’s a prosaic title for a passionate and poetic book that, among much else, seeks to shatter our enthrallment with the reigning economic paradigm. A key quote:

“The relentless pursuit of growth has driven us to the verge of ecological collapse, created unprecedented financial fragility, and precipitated the terrifying spectre of social instability. Capitalism has no answers to its own failings. . . . Capitalism’s core belief in eternal growth lies trembling in the ruins. The myth itself is moribund.” 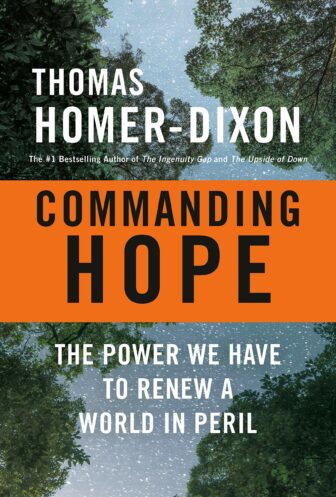 Thomas Homer-Dixon’s Commanding Hope: The Power We Have to Renew a World in Peril (Knopf Canada, 2020) aims at new values and visions that can lead us out of the current horribleness. Starting with a rejection of both despair and idle hope, he explores the paths to new and inclusive worldviews that can provide the wellspring of deep change. A key quote:

“Commanding hope recognizes the possibility of negative outcomes, but these outcomes aren’t seen as inevitable. Without succumbing to delusion and dishonesty, this hope keeps those negative emotions from penetrating into and infecting [our] vision of the future. . . . In this way, that vision can continue to sustain the powerful agency that can help make the vision real.” 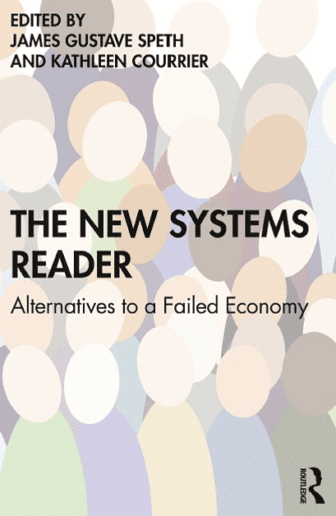 Let’s shift now from hearts and minds to the critical process of envisioning alternative systems and developing specific ideas for change. The twenty-nine essays in The New Systems Reader: Alternatives to a Failed Economy (James Gustave Speth and Kathleen Courrier, eds., Routledge, 2020) cover possibilities ranging from twenty-first-century social democracy, to democratic ecosocialism, to alternatives for even deeper change, including full-blown reconstruction. A key quote:

“‘There is no alternative’ threatens us with expulsion to a barren desert if we dare to demand some set of arrangements that transcend the possibilities of our current capitalist configuration. But as the plenitude of alternative visions we have collected show, far from a desert, what we have is a thriving, diverse ecosystem.” 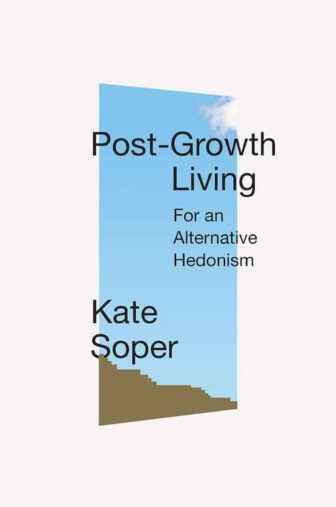 One necessary and fundamental transition is the shift from today’s runaway consumerism to new lifestyles drawing on what we know about human well-being, happiness, and fulfillment. Our admirable guide here is Kate Soper’s eloquent plea in Post-Growth Living: For an Alternative Hedonism (Verso, 2020). A key quote:

“. . . [E]ven if it were possible to sustain the consumerist market indefinitely [which she seriously doubts], it would not enhance human pleasure or happiness. It would inhibit and stunt the discovery and development of other ways of meeting material needs and other sources of pleasure and satisfaction.” 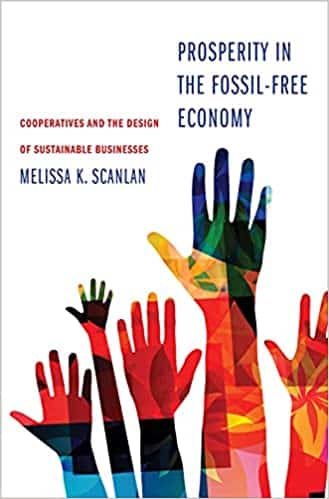 Ever wonder why so much weight is put on co-ops as pillars of a new economy? If so, you will want to read Melissa Scanlan’s excellent Prosperity in the Fossil-Free Economy: Cooperatives and the Design of Sustainable Businesses (Yale, 2021). Drawing on careful case studies from the U.S. and Europe, her book convincingly presents the most attractive alternative to the now dominant investor-owned corporation. A key quote:

“Not only can cooperatives be successful organizational models for the transition to a fossil-free economy, they . . . offer the opportunity to reinvest surplus revenue in the community . . . exercise democratic governance . . . and provide greater equality in incomes.” 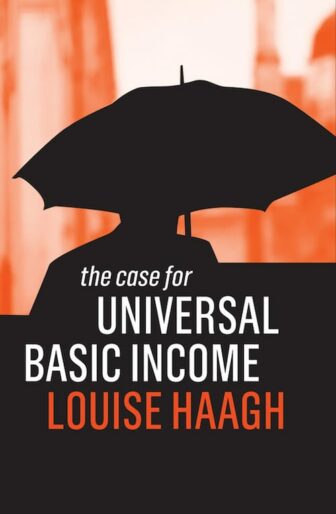 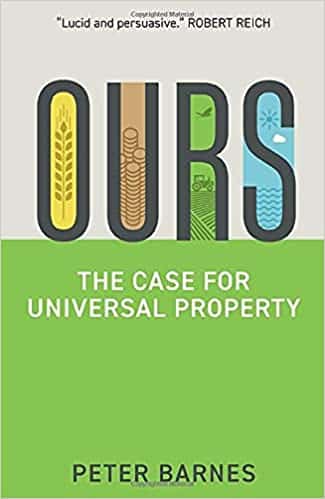 A first cousin to this Polity series is Peter Barnes’s exceptional Ours: The Case for Universal Property (Polity, 2021). Barnes begins with the insight that most of today’s productive capacity is not due to the entities that benefit overwhelmingly from it, but instead to the ongoing accretion of scientific and technical knowledge and access to Earth’s natural resources. He argues successfully that these storehouses of wealth rightfully belong to each of us, and he has ideas to move this realization into action. A key quote:

“Universal property is needed to supply what markets currently lack: self-regulating brakes on external harms and money pumps that lift everyone up. Without such additions, inequality will split us apart and nature will become our mortal enemy.” 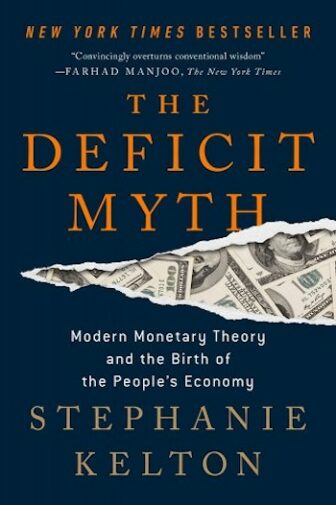 Why is there enough money to save the economy but not the environment and its inhabitants? Modern monetary theory (MMT) is not so much a theory as a practical explanation for how money is generated and allocated in our economy today. In The Deficit Myth: Modern Monetary Theory and the Birth of the People’s Economy (PublicAffairs, 2020), Stephanie Kelton debunks the myths that have constrained federal spending in areas now desperately underfunded. A key quote:

“MMT teaches us that if we have the real resources we need—that is, if we have the building materials to fix our infrastructure, if we have people who want to become doctors, nurses, and teachers, if we can grow all the food we need—then the money can always be made available to accomplish our goals. That is the beauty of a sovereign currency.” 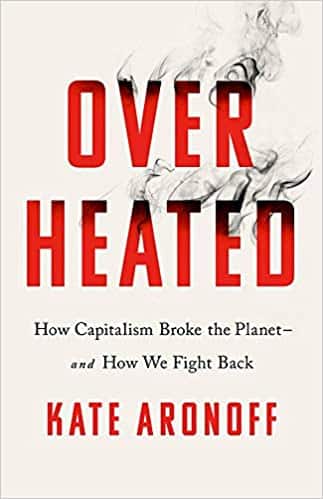 I feel that I have spent sixty years climbing a high hill only to find the younger Kate Aronoff already there on top. Her Overheated: How Capitalism Broke the Planet—and How We Fight Back (Bold Type Books, 2021) is a sustained, historically grounded reflection on how we got to this unfortunate moment and what that means for “how we fight.” Included in her prescriptions is public ownership of controlling shares in the fossil giants. A key quote:

“How capitalism has developed as an economic and belief system shapes not just the carbon content of the atmosphere but world governments’ continued inability to respond. . . . Without a major course correction, capitalism will define, for the worse, how the US deals with the consequences of having waited so long.” 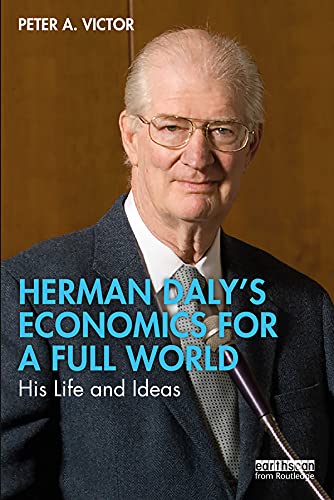 With mainstream economics in tatters, at least outside the economics departments, many recognize the need for a new economics to help guide the transition ahead. One of the most seminal and relevant efforts to forge a new economics has progressed under the banner of “ecological economics.” (It’s badly misnamed.) Peter Victor’s stimulating book about one of its leading proponents, Herman Daly’s Economics for a Full World: His Life and Ideas (Routledge, 2021) engages with the many debates kicked off by the ever thoughtful Daly, including his sustained challenge to GDP growth. A key quote:

Read a conversation with Megan Mayhew Bergman and Gus Speth, as they discuss Speth’s newest book, They Knew: The U.S. Government’s Role in Causing the Climate Crisis.