LOOKING TO START YOUR YEAR off with some excellent new poetry? Orion poetry editor Camille Dungy has some great recommendations for new and forthcoming collections. Check them out. 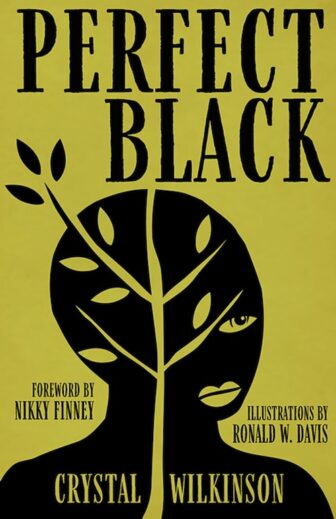 The Perfect Black by Crystal Wilkinson

This bountiful collection from the poet laureate of Kentucky is a meditation on place and past and power. “The map of me can’t be all hills & mountains even though i’ve been country all my life. The twang in my voice has moved downhill to the flatland a time or two,” she writes in the first poem, “Terrain.” “Still i return to old ground time & again, a homing blackbird destined to return.” A friend gave me some lovely brass book clips that let me mark pages I want to return to without damaging a book with dog ears, and I went through the whole pack on The Perfect Black, clipping poems about cold creeks and water witches, meditations on grief, the ghost voice of an enslaved woman who slept on a kitchen’s dirt floor, bolting horses, snow “like a scorned woman’s tears,” Black farmers, and tobacco that is “pretty & braided/ lined up in rows/ like a room full/ of brown girls with skirts/ hooped out for dancing.” The wealth of the world Wilkinson renders on these pages is measured in witness and love. (University of Kentucky Press) 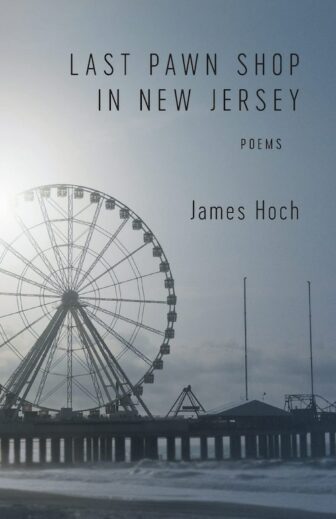 I’ve been waiting a long time for a new book of poems by James Hoch. And here is the reward. This book. Poem after deeply felt, brilliantly wrought poem. Glory be! Such care, precision, and grace. Image-rich, situationally charged attention in every word, every line, every page. I’m not sure I breathed the whole time I was reading Last Pawn Shop in New Jersey. No, I did breathe, and what I smelled off these pages was the scent of a Zippo flicked in the Jersey Pine Barrens or mucky water slapping the Atlantic City Steel Pier. I smelled the wrecked world in these pages. I read these poems and grieved as if I, too, just lost my mother, as if I lost another friend, and my father, and maybe my hold on what’s left of some little corner of an unpolluted world. But also here is the hope of figs and cheese and June fescue. Of sweet sons who still snuggle without any reason for fear. The world on these pages can be as cold as an Icelandic lake. It could stop your heart. But dive in. There’s something here you need. Inside, the water’s so clear you can “see as far as you can see.”  (Forthcoming from Louisiana State University Press) 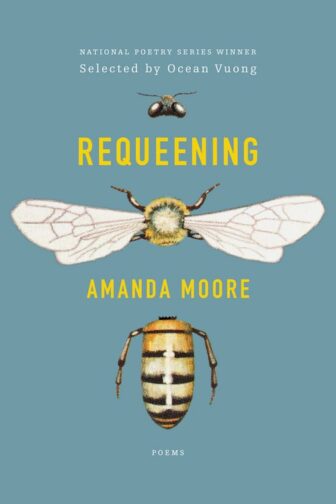 This National Poetry Series winning collection is by a poet and mother and surfer and high school English teacher who also keeps bees. I think it was the poet Elizabeth Bishop who said, “A metaphor should touch in at least three places, and two of them have to be in the real world.” Amanda Moore’s book is proof of this rule at work. The book is filled with the stuff of Moore’s real world and our own and yet, over and over, Requeening transforms everyday experiences by touching one against others. These are poems like honeycomb built around introduced objects: somehow both fragile and sturdy. (Harper Collins) 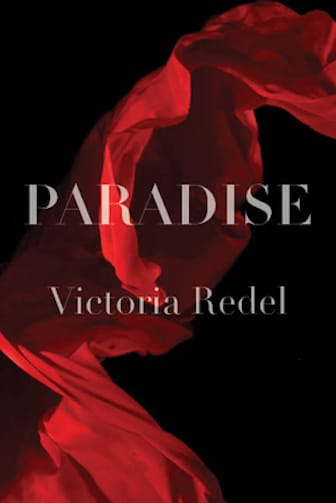 Paradise begins at “The Border” and in the “Garden” and keeps going from there. Victoria Redel weaves contemporary stories of refugees and climate catastrophe, stories from her own family in the 1930s and 1940s, and stories from the Judeo-Christian tradition as well. Reading Paradise, I am deeply grounded in a world of beauty and growth and survival, but in a world of catastrophe too. Redel renders landscapes and plants and animals as fully as she does the people in her poems, making me want to touch and hold on to so much. It hurts. One poem, “If You Knew” lists all the things people wanted to take with them, but couldn’t, when they left home: “He wanted to take the muddy stream where he sang with frogs./ She wanted to take dawn in the linden tree. . . . What would you take?” (Forthcoming from Four Way Books) 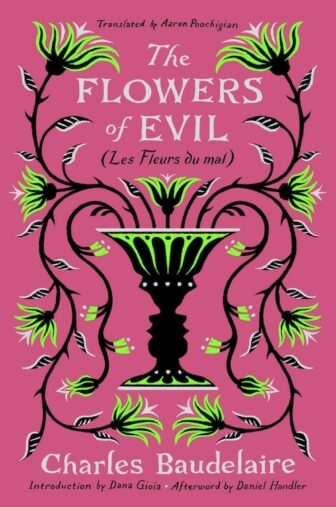 This new English translation of Charles Baudelaire’s ground-breaking collection presents the nineteenth-century poet’s works (including some that were banned for nearly a century) in the order Baudelaire intended. The translator, Aaron Pochigian, has taken pains to present English versions of these poems with an attention to rhyme and meter that renders Baudelaire’s formal musicality for an English-speaking ear. The original French poems are reprinted in the second half of the collection. That these translations of the poems sound almost beautiful and almost plain seems justified. In his extensive and informative introduction to the collection, Dana Gioia reminds us that, for Baudelaire, beauty “can also transform the perception of objects considered ugly or evil.” There is ample place for the “sordid” and ugly and awful (rot, decay, the torture of beautiful birds, “late autumn’s luscious and unhealthy rays”) inside these vibrant and musical poems. (Liveright Publishing Company) 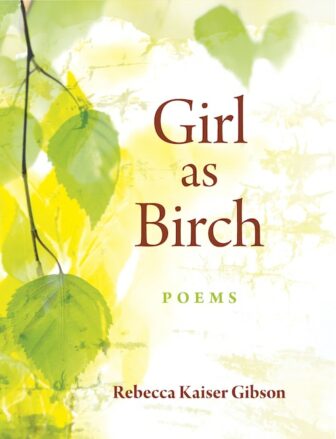 In the beginning of Girl as Birch, it’s hard to differentiate the girl at its center from the trees and flowers around her. She’s described as oak and azalea, foxglove and honeysuckle, her life timed with the return of cicadas. But she will leave the garden. In the story, the girl must always leave the garden. The world she must walk through is weird and windy, full of dance lessons and lakes where she might drown. The lines of Rebecca Kaiser Gibson’s poems are fragmented and staggered in wandering arrays. The narratives are clipped and sparse, as if even the speaker can bear to share only snippets of her story. There are secrets here “as dark as rhododendron.” There are grosbeaks and grackles singing their awkward, necessary songs. (Forthcoming from Bauhan Publishing) 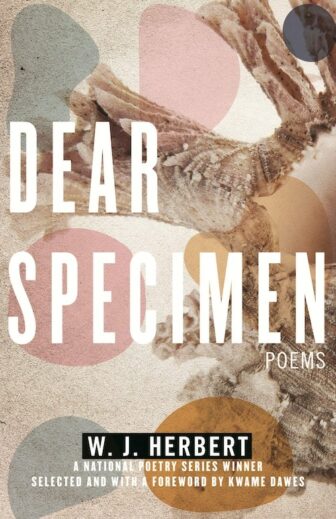 In this tightly braided series of poems steeped in both immediate loss and deep geological time, the poet offers neither consolation nor exemption, just honest observation and compassionate connection to what we are losing or have already lost. The poems in Dear Specimen speak to the tar-trapped remains, jarred bodies, and flower-strewn fossilized bones of the wooly mammoth, the zigzag salamander, and the humanoid first flower people of Shandihar. Poems in the National Poetry Series winning collection praise the compromised persistence of the red fox, the merganser, the manatee, the American beaver. Though she never names herself, except, once, as “Mom,” W. J. Herbert names her daughter and her grandson and gives them voices and nightmares and grief counselors. These poems don’t try to pretend that no one will die in the end. Let’s dispense with platitudes. Everything is not going to be okay. We are part of a great extinction. It’s time to face it, these poems say. (Beacon Press) 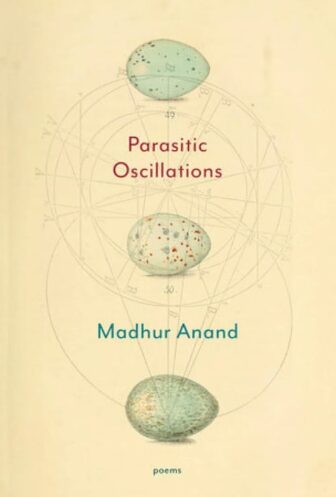 I devoured this book in a two-hour sitting, fascinated by the way Madhur Anand writes about the nineteenth-century egg and bird research collections of A. O. Hume. Anand visited natural history museum research collections in the U.S. and U.K. as well as field sites in India. She writes into mathematical simulations of birdsong and talks back to letters and diaries kept by A. O. Hume. The songs and feathers and flight patterns and habitats of extinct and extant bird species flutter through these pages, and Anand’s own life (and, perhaps, our own) is in these pages too. Parasitic Oscillations is a fascinating medley of science, philosophy, and art. (McClelland & Stewart)