After a successful early career on stage and screen including television, a starring role in Hollywood, and a world tour for the U.S. State Department with the inimitable Helen Hayes, Aina turned her love for words into a new career.

It was the 1970s, when Aina, along with her husband, David Barten, and friend Robin Dulaney, noticed the era’s boom in environmental literature, and together created a newsletter that reviewed those books. Orion Nature Book Review launched in 1979 and the community of writers that she cultivated through it set the stage for Orion Nature Quarterly, which debuted in 1982 and eventually became Orion. Aina served as its managing editor until 1992 when she transitioned to editing features to give her more time at home in her beloved home of Conway, Massachusetts, before retiring in 2007. 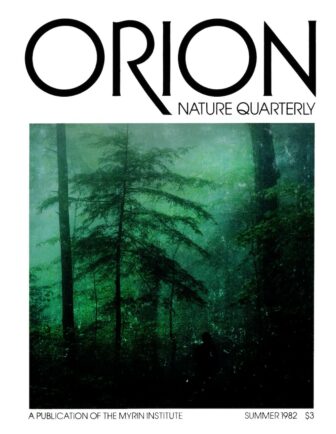 As her near-town neighbor and Orion’s outreach coordinator from the early 2000s onward, I enjoyed Aina’s company during countless carpool rides through the wooded hills of western Massachusetts to the Great Barrington office. Here she shared the organization’s lore and guided me through writing my regular column on grassroots activism. Sometimes we discussed our other loves like gardening and wildflowers, or how she played the violin.

The list of writers Aina worked with is a who’s who of American environmental writing. A gifted editor and proud Finn who embodied that culture’s concept of sisu— a term that adorned a sticker on her car’s bumper and translates as something like “endurance in the face of long odds”— she always brought the best out of writers, no matter how famous or stubborn, with her characteristic determination, patience, and cheer. Her relationship with writers was not about merely correcting copy or forcing change but was rather a collaboration, one that brought forward the best possible writing for readers’ enjoyment and understanding. A mentor to many editors over the years, the whole editorial team absorbed her sense of what makes a good Orion article, which became a cornerstone of her legacy. She was known by all for her incredible kindness. After an extended illness, she passed peacefully in her sleep. She will be greatly missed by the entire Orion community and a huge extended family of friends.

Sometime soon, when you find yourself in a favorite place, sprouting seeds for spring, watching a busy birdfeeder, or leafing through the pages of Orion, whisper a word of thanks to Aina Barten, for her vision and her example. Remember her with the return of wildflowers. The early-to-bloom marsh marigold was always one of her favorites, so bright and cheery among the stubborn last snowdrifts, and I delighted in alerting her each year when they first appeared near my home. I know I’ll be watching for their return with extra attention this year.

We welcome you to share any memories of Aina in the comments below.

Erik Hoffner is a freelance photojournalist and an editor for the award-winning environmental news service Mongabay.com. Find his work via erikhoffner.com or on social media via @erikhoffner.

In honor of Aina, we’d like to share the Autumn 1999 issue essay “Plate Tectonics” (PDF) from our archives with an introduction by its author, frequent Orion contributor BK Loren:

For me, it’s hard to separate Aina from the landscape of New England—how, as a Westerner, I was so astonished to see the tapestry of bare November trees heavy with red apples dusted with snow, a quiet and delicate beauty, something numinous about it. I’d never been to New England before, but I had come to meet Aina, who after years of study, finally taught me to write. Though I’d worked on “Plate Tectonics” for months, it was an utter mess before Aina touched it. But she knew what the essay could be and she let it become exactly that, not by telling me what to do, but through peeling back my writerly ego and getting to the core. Not one word falls from my heart/mind to the page these days without Aina’s fingerprints on it, without her intelligence and spirit imbuing it. She was so generous; I know there are authors everywhere whose words grace the page today on wings borrowed from Aina. Her life, her generosity, her quiet and delicate beauty will truly live on through the work and words of so many. 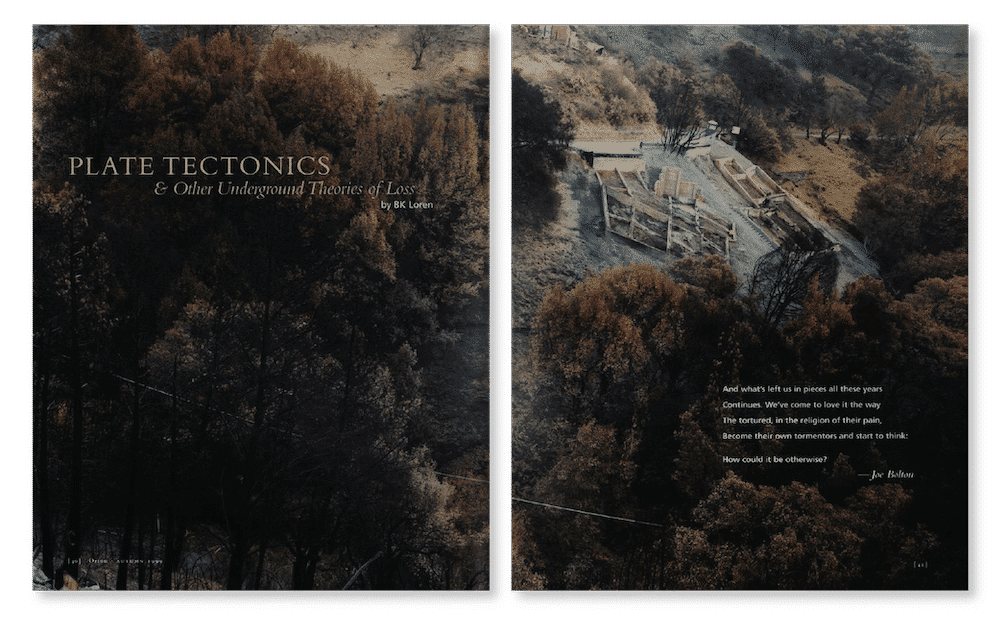 BK Loren is the award-winning author of the novel Theft, and the essay collection Animal, Mineral, Radical. Her short fiction and essays have garnered many national awards and have been published in The Best Spiritual Writing Anthologies, Parabola, Yoga International, Orion, and elsewhere.