IN MY IMAGINATION, THE ACTIVIST communities to which many of us feel close affection are each in separate little boats paddling ourselves through swirling waters. Whether flagged for environmental integrity, social and economic justice, community solidarity, or people’s democracy, sometimes our boats go forward, then backwards, sometimes sideways. But one cannot help but notice that the boats tend strongly to move together, carried along by currents more powerful than our efforts.

Far too often, progressives neglect the underlying currents that are powerfully affecting all our boats. These currents heavily determine whether we make progress in our journeys or move backwards or go nowhere at all.

To succeed in the major ways we dream about requires understanding those underlying forces that shape our prospects. Once we know what we are dealing with, the good news is that progressives can join together in facing a shared situation. The inconvenient news is that when we look at the common, underlying causes of the problems, we find forces that are deeply burrowed in the American mainstream, often so widely and conventionally accepted as the American Way that to challenge them appears radical to many.

Pursuing these ideas, I have highlighted this year books that seek to understand the underlying forces or drivers that affect the prospects for many (perhaps most) activist communities struggling nationally and locally today. As before, I have focused only on recent books, ones published in 2022 and 2023.  I report on books that have made it to my attention without effort on my part to scan the full horizon. My apologies for that. 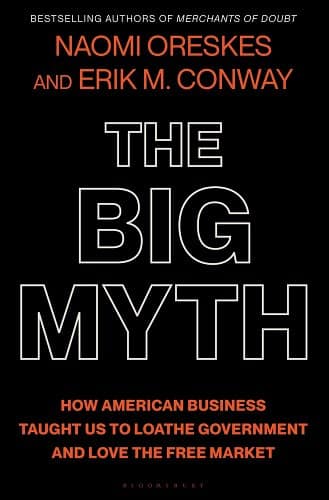 the big myth: How American business taught us to loath the government and love the free market

The powerful book by Naomi Oreskes and Erik M. Conway, The Big Myth: How American Business Taught Us To Loathe Government and Love the Free Market (Bloomsbury, 2023), starts with the observation that in area after area, the overreliance on markets and underreliance on government cost us all dearly. In answering how this is happening, the authors present a detailed history of the Twentieth Century rise to dominance of “market fundamentalism.” 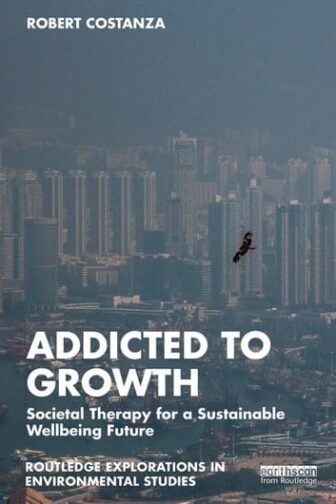 addicted to growth: societal therapy for a sustainable wellbeing future

Robert Costanza’s valuable new book, Addicted to Growth: Societal Therapy for a Sustainable Wellbeing Future (Routledge, 2022), shows how our misplaced commitment to growing GDP and economic activity – our growth fetish – is now leading the world towards increasing social as well as environmental degradation. Searching for a way forward, he skilfully applies to the societal level what we know about treating personal addictions. 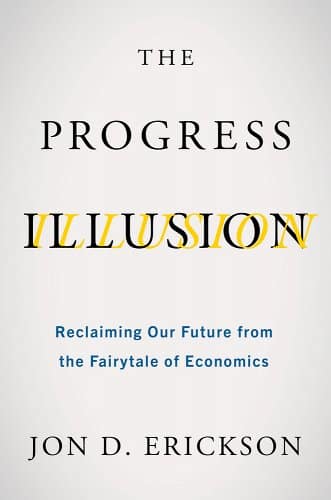 THe progress illusion: reclaiming our future from the fairytale of economics

For Jon D. Erickson, a strong current pushing against social and environmental progress is the ascendency and grip of neoclassical economics, as he cogently describes in The Progress Illusion: Reclaiming Our Future from the Fairytale of Economics (Island Press, 2022). Erickson, an accomplished economist himself, skewers the economics that has dominated teaching, research, and policy for a hundred years. He sees modern economics as an “untethered child roaming the halls of academia doing great harm,” and he reaches for something better.

THESE THREE BOOKS COMPLEMENT each other in urging that we topple today’s reigning economic orthodoxies before it is too late. The three histories that follow are different. They tell the story of the currents that are not there – the powerful progressive currents that were lost. 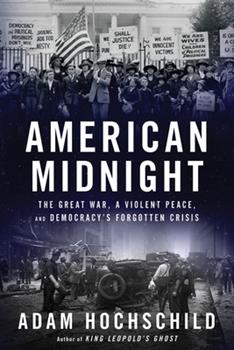 Adam Hochschild, in his admirable American Midnight: The Great War, a Violent Peace, and Democracy’s Forgotten Crisis (Mariner Books, 2022), tells the heartwrencing story of the relentless and often violent repression of dissent and protest during the administration of President Woodrow Wilson. Chief among the targets of these efforts were the socialists and their frequent allies in the more militant labor movement. Socialism in America was once a force to be reckoned with; focusing on the critical 1917-21 period, Hochschild relates how it was crushed. 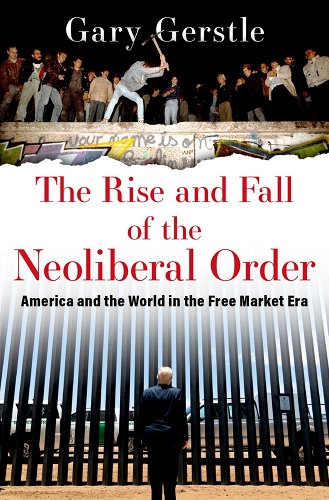 the rise and fall of the neoliberal order: America and the world in the free market era

In The Rise and Fall of the Neoliberal Order: America and the World in the Free Market Era (Oxford Univeristy Press, 2022), Gary Gerstle brilliantly explains the end of the New Deal order and the rise of neoliberalism, capped by the election of Ronald Reagan in 1980. He describes how neoliberalism was born as a challenge to the New Deal and to its idea that “government was the instrument through which public good would be pursued and achieved.” 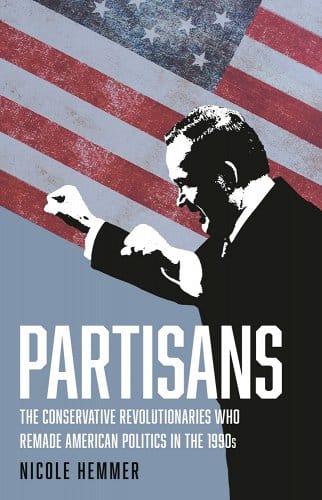 partisans: The conservative revolutionaries who remade American politics in the 1990s

Nicole Hemmer tells of the rise of the radical Right and its pitchfork politics, when Democrats ceased being competitors and became enemies, in her lively Partisans: The Conservative Revolutionaries Who Remade American Politics in the 1990s (Basic Books, 2022). Therein of Buchanan, Limbaugh, Gingrich and more, down to the present! It is, in effect, the story of why our government barely works in today’s world of hyperpartisanship and political polarization.

THERE ARE MORE SOURCES OF unwelcomed currents, of course. Behind growthism is our insatiable consumerism. America’s dominant cultural values remain decidedly materialistic and anthropocentric. Our reigning constitutional interpretation is a flawed originalism. Starting with the Constitution, our democracy is misconstructed and now at the point of major dysfunction. And there is still a military-industrial complex working away.

Still, there are some encouragements and, even more, avenues for engagement.  America’s aversion to socialist thinking is fading, at least among young people. Labor activism is increasing. Gerstle sees the neoliberal order coming apart and speculates that a new progressive order may be emerging. Critics of market fundamentalism will be encouraged by the affirmation of government action in the first years of the Biden administration, as difficult as it has been. There are signs of new economic thinking springing up, including a sustained critique of GDP as a measure of progress and the emergence of ecological economics. And the fight for a democratic future is joined and underway.