AVATAR —  THE GLITTERING 2009 smash hit filled with crude metaphors and flashy action sequences — follows its hero, Jake Sully, on a journey from military man enmeshed in technology to something far more alien: an assimilation into the non-human. Grafting this escape fantasy onto an almost transparent allegory for global warming and environmental devastation, director James Cameron depicts the climate crisis as a problem of human nature, referencing its historical causes but presenting a white savior complex that reproduces the violence of colonialism.

The movie opens with a dream of a lush, misty, untouched jungle, from which Sully awakes to the reality of a ruined Earth where extinct species are being cloned back into existence. He’s been conscripted into a massive corporate mining project, the Resources Development Administration, on an unexplored planet named Pandora. There, machine-gun clad soldiers mark next to backhoes tearing up the soil for “unobtanium,” a valuable metal that is, yes, unobtainable on Earth but that proves necessary in the face of resource depletion in the homeworld.

There’s just one problem in the way of this silver bullet: the Na’vi, a humanoid alien species constructed from a grab bag of non-white features and stereotypes—dreadlocks, skimpy animal leather clothing, and tribal governance. A stand-in for a homogeneous Indigenous other, the Na’vi are shown living in harmony with Pandora, riding giant winged creatures to floating cliff faces and praying around a giant Mother tree. Cameron uses them as a gesture toward the legacies of colonialism, connecting colonization and environmental degradation by depicting humanity as a violent, invading force. It’s no surprise when the humans try to assimilate the Na’vi with English schools and eventually displace the Indigenous beings through the burning of trees and strip mining. However, his homogenization and stereotyping of Indigenous people as Aliens — his literal dehumanization of them — and the inevitable appearance of the white savior end up exemplifying, rather than addressing, the problematic concept of the Anthropocene. 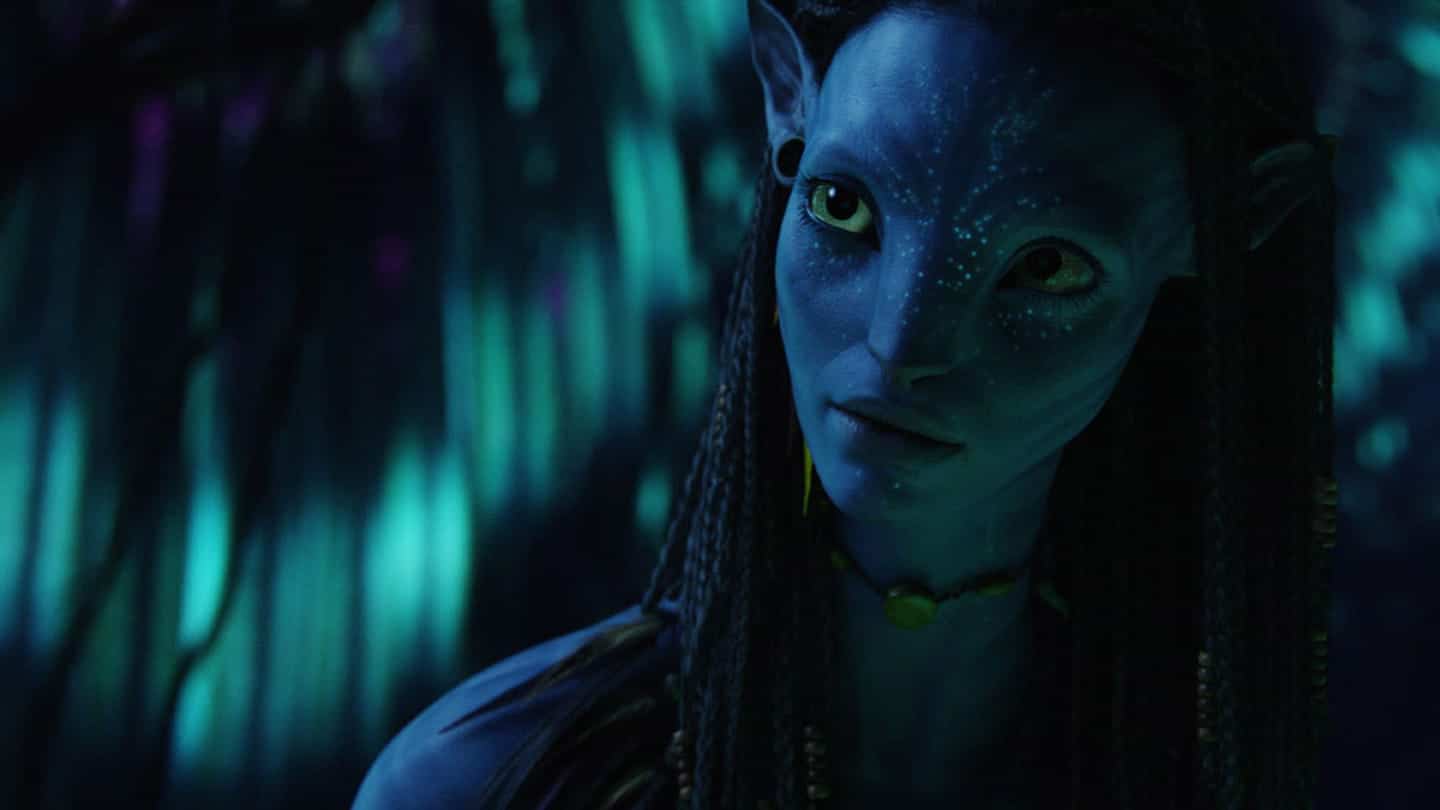 THE ANTHROPOCENE IS A TERM  that pulls from the Greek for human, anthropos, and the kainos, a suffix for geological periods of time anglicized as –cene. Popularized by chemist Paul Crutzen, who studied how the degradation of the ozone layer is connected to NO emissions, the Anthropocene is typically defined by examples of human technologies’ planetary impact. Through this framing, species-human is implicitly blamed for the mass-scale environmental degradation of climate change on a planetary, geological scale. As Andreas Malm puts it, “the geology of mankind” must “have its roots in the properties of that being.” Conceptions of the Anthropocene often focus on technology, dating its beginning to the industrial revolution or the Great Acceleration of the 1900s. But Crutzen goes even further back, writing: “The mastery of fire by our ancestors provided humankind with a powerful monopolistic tool unavailable to other species, that put us firmly on the long path towards the Anthropocene.” More than any particular device, he sees the development of fire and fossil fuel combustion – a species-technology, a tool unique to homo sapiens – as the root cause of environmental change in the Anthropocene, including global warming.

The inevitable appearance of the white savior ends up exemplifying, rather than addressing, the problematic concept of the Anthropocene.

IN AVATAR IT IS THE HUMANS, with their militaristic and extractive technology, who ransack the utopic, balanced planet Pandora. Huge tanks, helicopters, and mech suit-clad soldiers make quick work of poison-tipped arrows shot from alien horses—the humans make quick progress across Pandora, transforming wild forests into apocalyptic, burn-out wastelands. On the contrary, the ‘primitive’ tools of the Na’vi couldn’t participate in massive extraction projects even if the Na’vi wanted to. The humans’ home base on Pandora is dominated by the massive smokestacks of a refinery, belching flame and smog into the clean Pandoran air, further emphasizing the polluting, fossil fuel technology of humanity.

While most of the human invaders are focused extractive militaristic approaches, one division of the Resources Development Association is focused on a different strategy. Dr. Grace Augustine, played by Sigourney Weaver, leads an assimilation effort, using cutting-edge technology to put human consciousness in Na’vi bodies, avatars, who try to make peace with the Na’vi and reach an agreement to mine the valuable Pandoran soil without violence. By the end of the movie, this group becomes the heroes of Avatar, lead by Jake Sully, who eventually sheds his human skin and fuses with the Na’vi through an earth mother ritual—a questionable aping and departicularlizing of actual Indigenous cosmologies. It’s only after this ritual that the Na’vi are able to beat back the Earthlings’ massive helicopters and tanks.

Finally, the world is in harmony, and the newly accepted Sully is able to marry his Na’vi love interest and, yes, become the leader of the tribe. This transformation embodies the white savior fantasy at the center of the classic trope of turning native, what Eve Tuck and K. Wayne Yang call “settler adoption fantasies.” Here, Cameron is addressing the Anthropocene, transferring this environmentally disastrous pattern to inter-species space colonization, but his reliance on the settler-adoption fantasy—with lead Sully not only becoming an Indigenous person, but accepted as their new ruler, and therefore steward of their land—ends up performing the same movement of colonial violence by claiming ownership of Indigenous land. We are solving the Anthropocene with more Anthropocene. 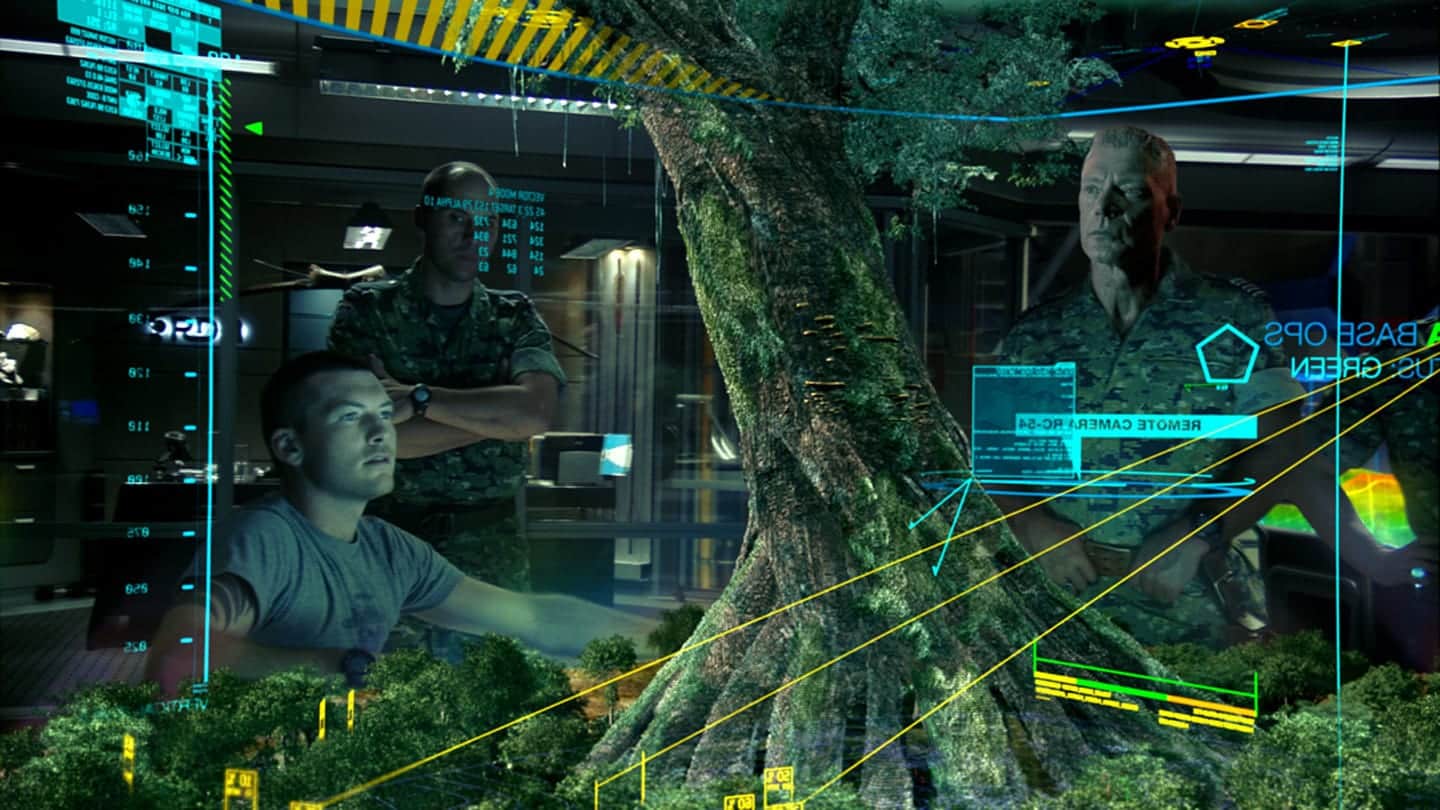 THE CONCEPT OF THE ANTHROPOCENE is polarizing in the environmental community. Critics of the term argue that Anthropocene-centered narratives erase the differential impact and experience of global warming and other planetary-scale environmental changes by forwarding the taxonomic anthropos and attributing violent extraction to the entire species. Malm emphasizes that “the fossil economy was not created nor is it upheld by humankind in general,” but rather that it arose because of extractive and specific colonial social relations. Some prefer a term like Capitalocene, as it focuses on the economic structure of such social relations, noting how the profit motive requires constant and increasing extraction of natural resources. Others prefer the Plantationocene as an alternative, which holds the processes of colonialism responsible for environmental change.

Among these critics are Donna Haraway and Anna Tsing, who argue that the last 400 years of planetary environmental change are exemplified by the structure of the plantation: a process of displacement, the uprooting of Indigenous lifeways, and forced, extractive labor in the service of fossil fuels. The plantation provides a pure reflection of a violent relationship to land and the environment. Often the Plantationocene is dated to the early 1500s, when Spanish and Portuguese colonists began to implement the plantation system; or to the 1610 carbon dioxide dip caused by the mass extermination of Indigenous people in the New World and the subsequent devastation to carefully managed ecosystems.

So why all the controversy over a single term? Well, the narratives we create matter. They make up the DNA of our cultures, and as Amitav Ghosh writes, “culture generates desires—for vehicles and appliances, for certain kinds of gardens and dwellings—that are among the principal drivers of the carbon economy.” In Avatar, Cameron’s use of a settler adoption fantasy reflects the desire to solve the climate crisis without fundamentally contesting colonization. I would add that Culture also generates self-understanding: specific ideas, goals, and ways of being. Anthropocene is a narrative that forwards an undifferentiated human whose mastery over planetary-scale environmental processes can be demonstrated by technological power. It suggests that we can simply turn the clock back on global warming by wielding our geologic prowess differently, and that the specificities of colonialism and capitalism need not be combatted or even acknowledged. In Avatar, Cameron’s solution takes the form of an uncritical escape—abandoning technology, Earth, and the human in order to insert a settler as the figurehead of liberation. Alternatively, taking the Plantationocene as our focus, environmental interventions must focus on combating the logics of the plantations, which include land repatriation, sustainable land management, and equitable labor practices alongside a reduction on atmospheric CO2. 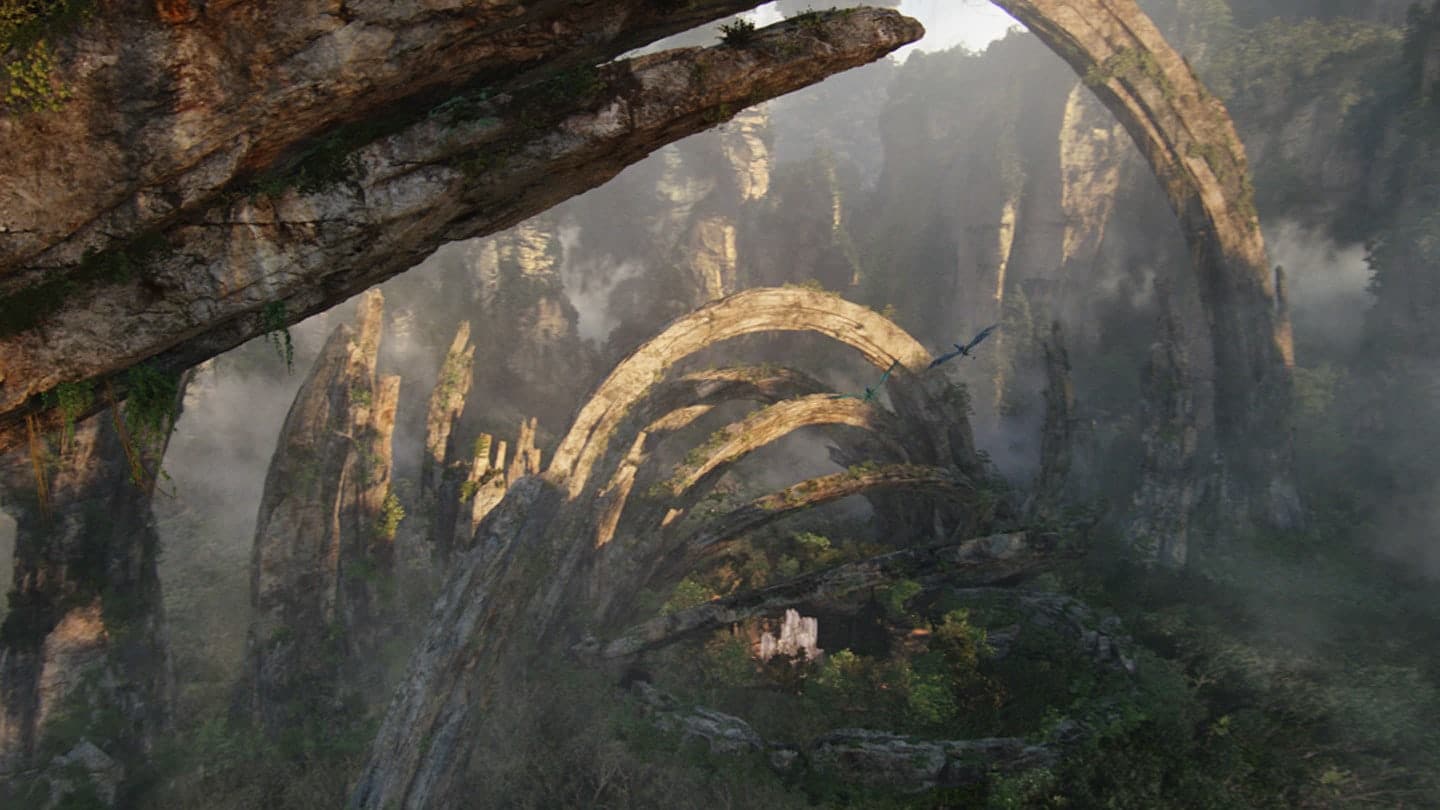 AS A UNIVERSITY STUDENT,  I’m no stranger to jargon. From dialectics to ontology, “the hyperobject” to “the Anthropocene,” I spend a lot of my day puzzling through increasingly confusing and technical terms. As tempting as it might be to slam the book closed and reject this language altogether, leaving it for the philosophers and the scientists, this might be throwing the baby out with the bathwater. Because climate change and other environmental issues lie so squarely at the intersection of technical science, international policy, and artistic communicative practices, it’s often impossible to engage with new writing, policy, and scientific work about climate without learning complex terms (paleo-climatology, common but differentiated responsibilities, mycelial networks). More importantly, we run the risk of oversimplifying the planetary-sized crisis of climate change if we aren’t willing to piece through the histories and battles over terminology and framing that have always been central to environmental struggles. While big-budget movies like Avatar often traffic in problematic stereotypes and make both necessary and unnecessary oversimplifications, they can be a fantastic leaping-off point for thinking through these complicated concepts.

As the term Plantationocene shows, terminology with carefully thought out framing can uplift underprivileged voices and perspectives, focusing on historical and current structures of violence in order to forge a new path that doesn’t leave anyone behind. However, this doesn’t necessarily mean we have to break out textbooks and scientific journals. By using popular media to explore complicated concepts, we can go further than simply following a more accessible path into technical terms, and see how these uber-theorized ideas act in the world — how they touch individuals and communities, and the material stakes of battles of words and ideas.