I N AUGUST 2020, we asked you, our readers, one simple question: what were your favorite Orion covers since 2013? Over 1,200 readers responded, voting on a scale from one to six. Here, in descending order, are the top ten best covers of the past seven years, as decided by you, our Orion family. Thank you for all those who participated! 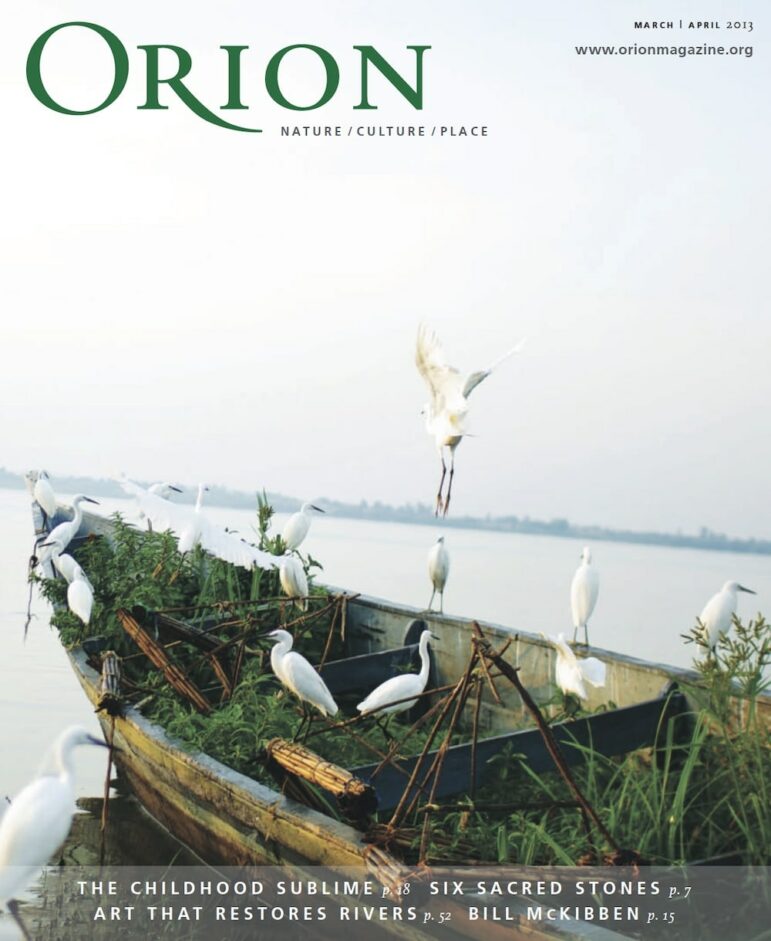 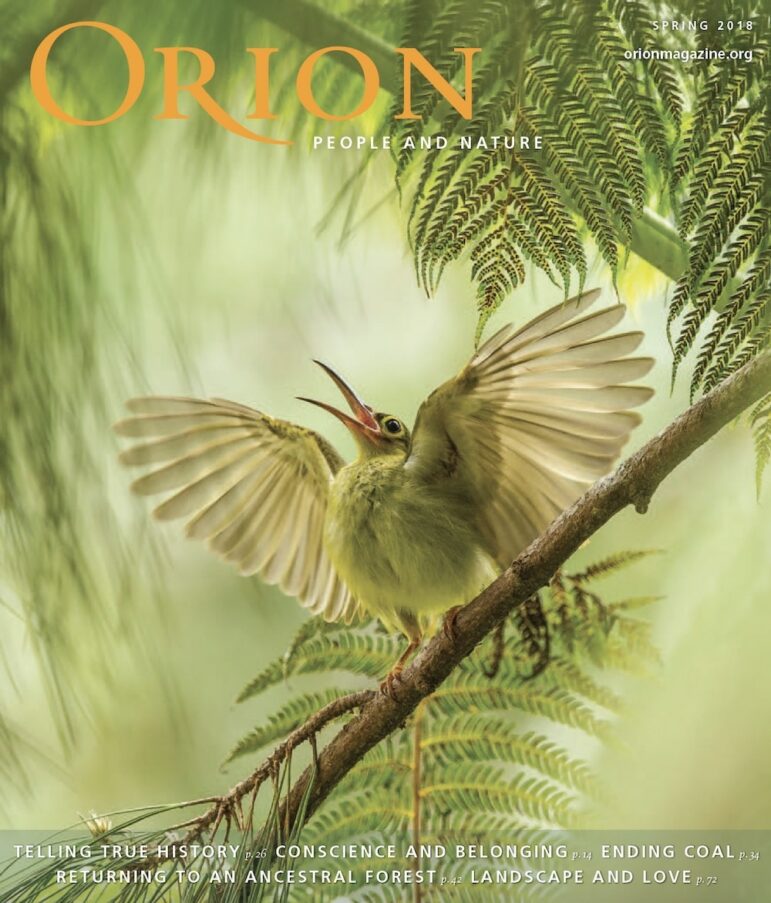 “We had spent the whole morning,” says the photographer, “trying to capture some photos of this species. Just before packing up, we heard a ‘chi-chit’ call from a shady collection of fern and pine trees. We went over to investigate, and there we saw a newly fledged spectacled spiderhunter trying to attract the attention of its parents above.”
— A Visual Celebration of Borneo’s Wildlife, by Fanny Lai and Bjorn Olesen 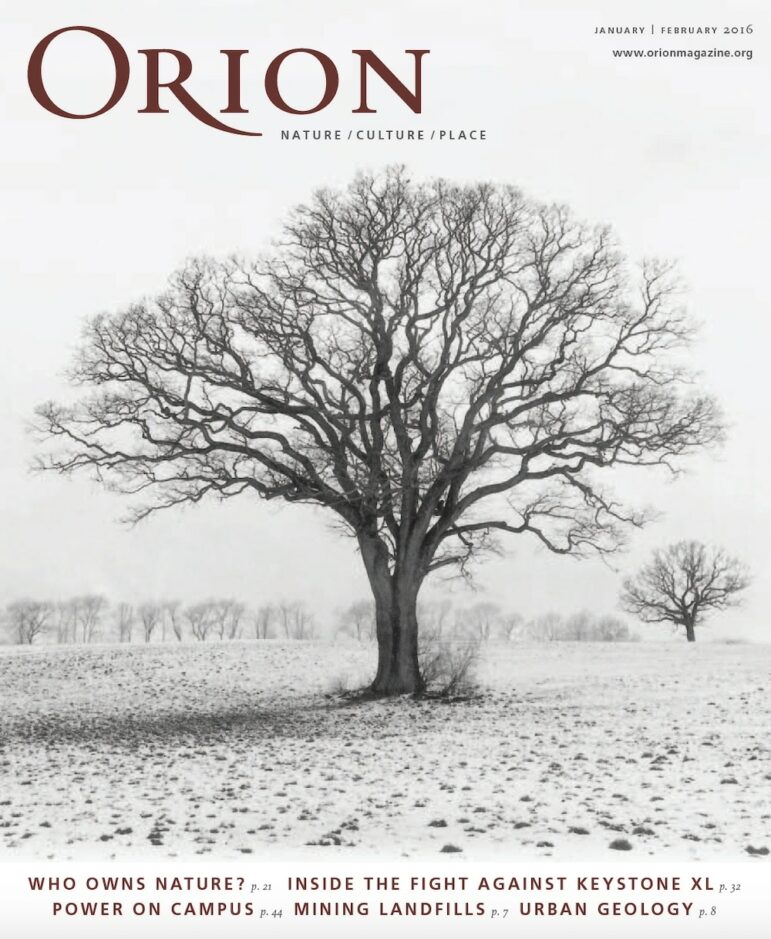 “The sentinel white oaks on this parcel of land in northwestern Connecticut were preserved by generations of farmers, who valued their function as pasture trees providing shelter from sun. In the 1990s, the land was acquired by a developer, but then rescued by local land trusts.” 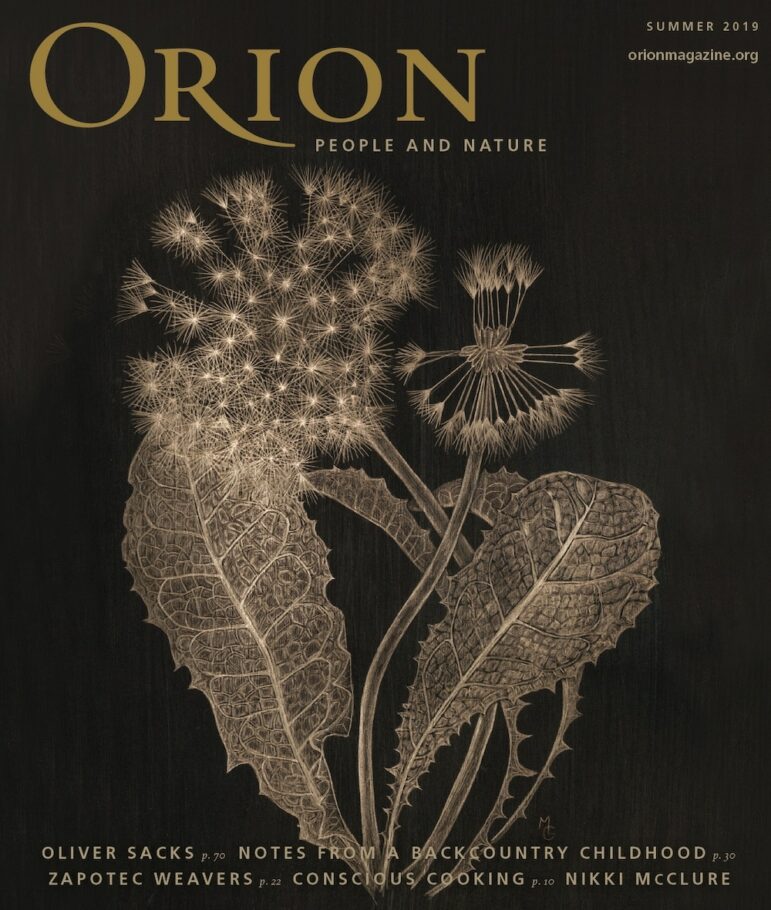 “I have always appreciated ornamental plants, the beauty of planned gardens and parks. But I just find my eye always goes to the plants popping up on the margins, in between things. I appreciate the ‘accidental beauty’ of what’s growing in the places where no one tinkers. We live in a place where we have altered our landscape in large and small ways, and I want to highlight the beauty of the more modest plants underfoot.”
— Margot Glass, in “Behind the Cover,” Summer 2019. 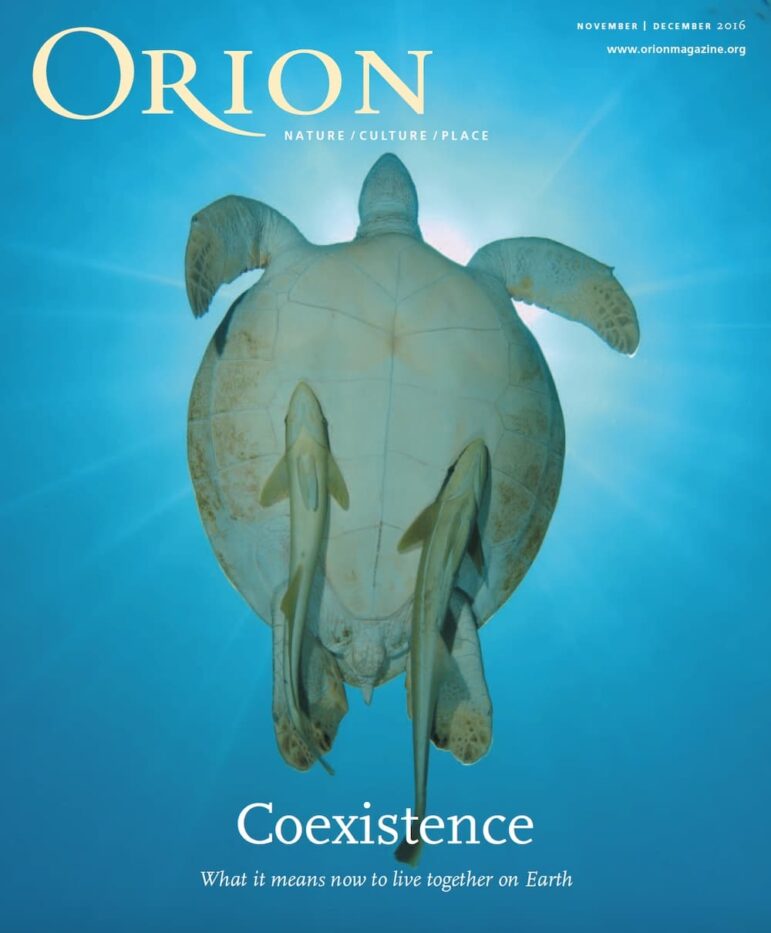 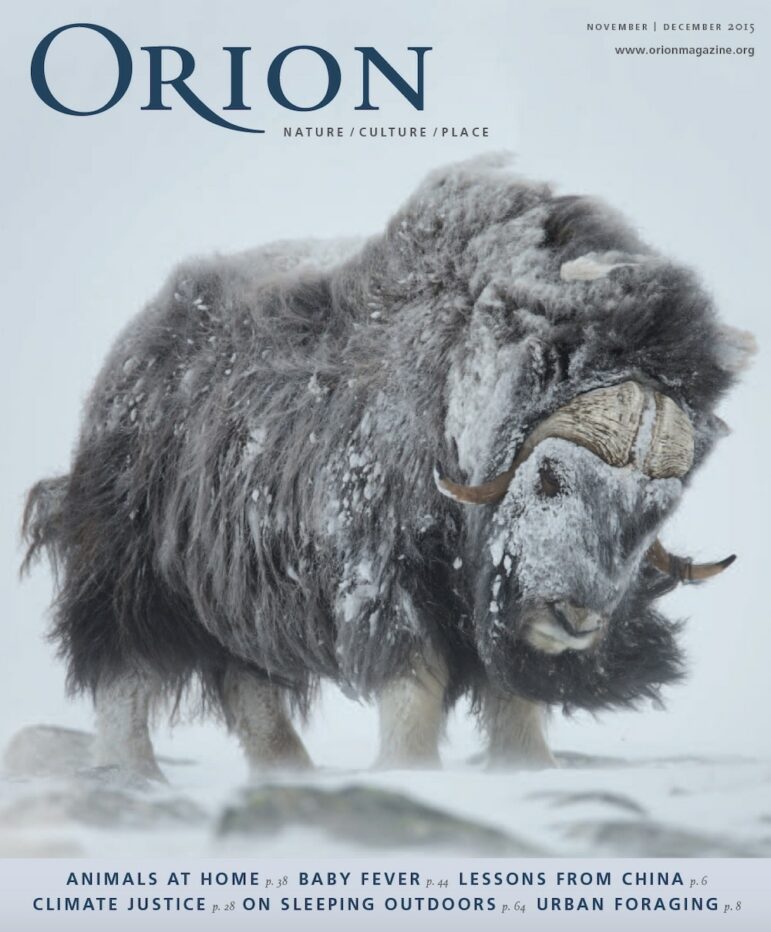 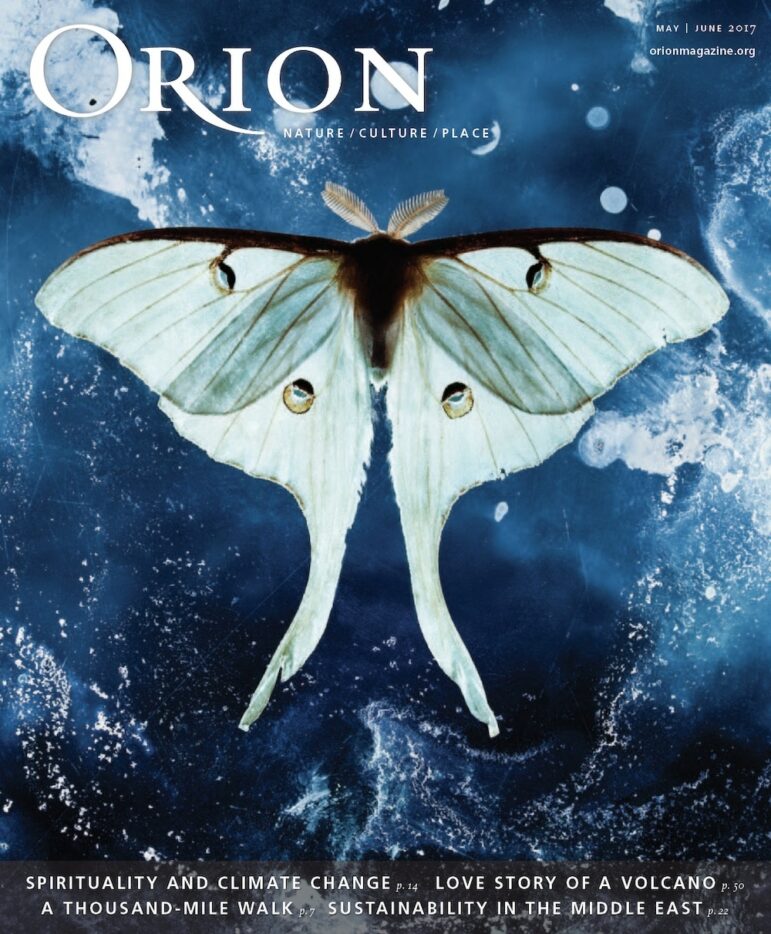 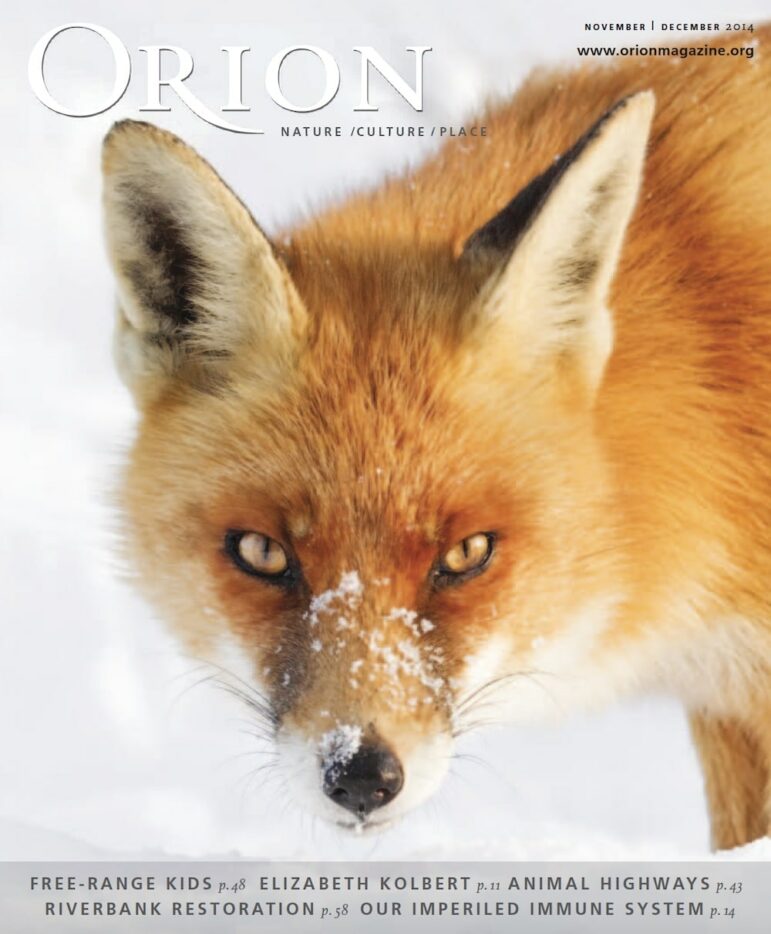 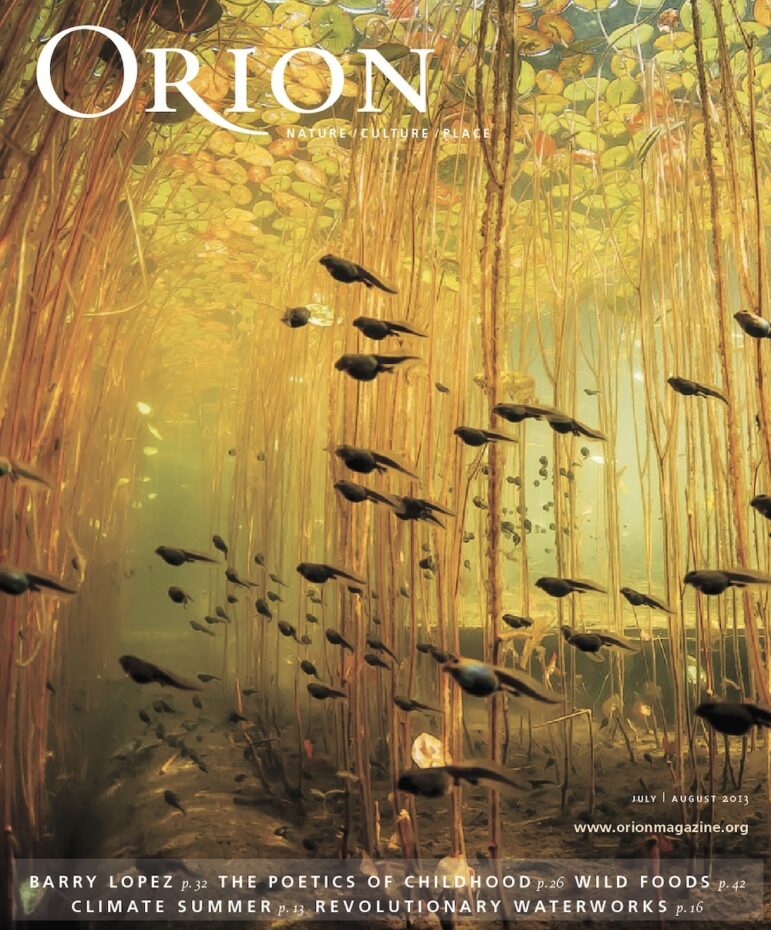 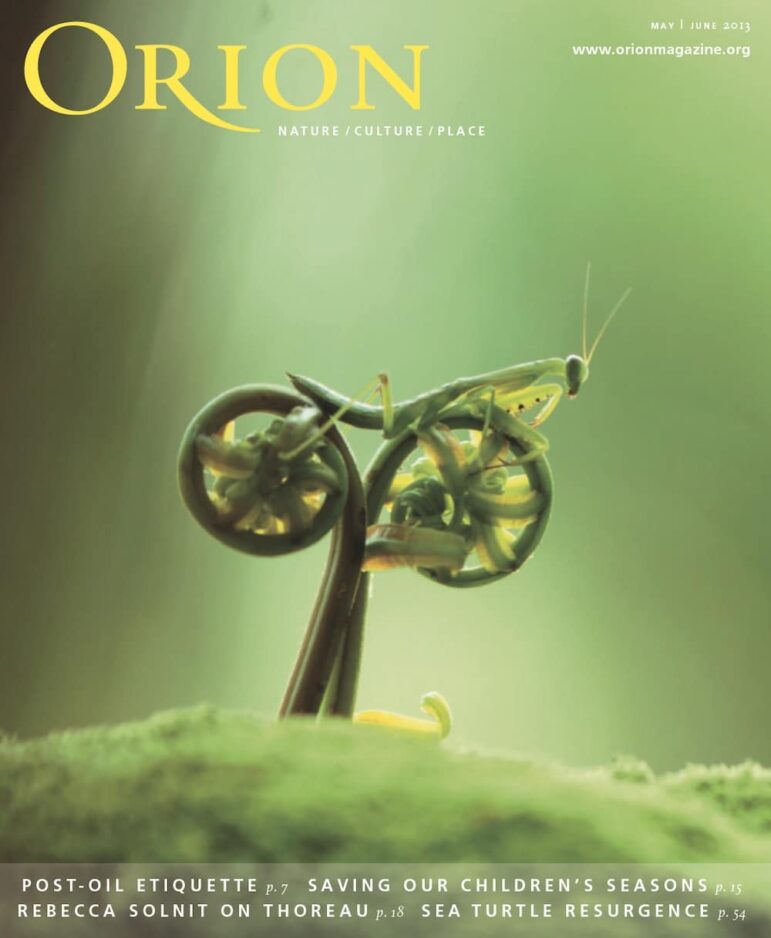 Want to see another decade of heart-thumping, provocative Orion covers in the future? Support Orion and keep it 100% ad-free with a subscription, renewal, gift subscription, or generous donation.