One night, when my daughters were still babies, I heard a buzzing. All three girls shared a bedroom. In the morning the buzzing was even louder. By the end of the day, the ceiling above their cribs and bed had begun to melt, like some possessed and slimy monster from a horror film. Or that’s the way my sleep-deprived mind saw it. The wallboard dissolved into pulp. The buzzing got louder and louder. My mother arrived. “Yellow jackets,” she said. My husband tucked his sweatshirt into his pants, his pants into his boots. He went to the attic with a can of poison but came flying, actually flying, back down the stairs when he pulled up the insulation to reveal a hive of yellow jackets as large as a refrigerator. That night I believed in evil. Yellow jackets became a repository for all my fears and hatreds. Why does life come with death? That night I also believed that somehow, maybe with a can of poison, I might be able to control death, to fight a war with the yellow jackets, or Lyme ticks, or car crashes, or fill-in-the-blank.

In River Dreams, Barry Lopez asks the cottonwood trees about the heron’s dreams. He is aware that these “too young trees” will lie. Lopez tells the heron what the cottonwood said. “You had a premonition in a nightmare. An enormous owl arrived while you slept and took your daughter away, pinioned in his gray fists. You woke, bolt upright, in the middle of the night to find her there, undisturbed beside you. You aired your feathers, glared into the moon-stilled space over the water and went uneasily back to sleep. In the morning—your first glance—the limb was empty.”

The soil of our land bears the stain of our violent history of fear and control. Dr. Adrienne Keene writes, “The system in what is currently known as the U.S. isn’t ‘broken.’ It was designed by male white supremacist slaveowners on stolen Indigenous land to protect their interests. It’s working as it was designed.”

In Tobe Hooper’s film Poltergeist, a wonderfully American named family, the Freelings, move into a home built over the remains of a graveyard. The developer moved the headstones, but not the bodies, a cover-up that feels so true to whitewashed American history. In the film, a spiritual medium, also exuberantly named, Tangina, helps the family escape, but the house itself is doomed and eventually swallowed up by a muddy sea of coffins and angry skeletons that erupt from below.

Isabel Wilkerson’s book Caste: The Origins of Our Discontents is an unblinking look at America’s violent history that makes me long for such a Poltergeist-ian eruption, a bring-out-your-dead eruption. Wilkerson’s book is such an eruption. Here, she exhumes the bodies and the truth of those bones. Wilkerson lays clear the bloody and unstable surface on which America stands. She writes of our “belief in a human pyramid as willed by God.” Americans have taken that firm and hateful belief and constructed systems and architectures based on the evil stories we tell about the other, fabulist tales that reduce human lives into punching bags for fear.

When was the last time you asked the soil who owns it? What did it say?

The soil of our land bears the stain of our violent history of fear and control.

I know people who live on a mountaintop, in a gated community, in a house with multiple guns, guarded by an alarm system. They are generous people. They love making friends and traveling. They help strangers. They welcome all people into their home. They serve their community. I don’t understand what they are protecting. Capitalism has sold an idea that one might purchase protection without regard for whether we have anything to protect. My daughters play “How will we protect ourselves from the zombie hordes in the apocalypse?” They don’t like it when I say, “What if we just shared what we have with the zombie hordes?” I’m not really sure I believe that, but I’m just putting it out there as one option. In a Möbius strip of fear, do people have guns in order to protect their guns? The message in the marketing of alarms and security teams is, Buy this, pay for it, and you won’t have to die. Good luck with that.

In Underground Haruki Murakami invokes a comparison between the Tokyo subway attacks and the Kobe earthquake that struck two months later. Calamities that arose from underground. “Common to both was an element of overwhelming violence . . . a tenuous parallel perhaps, yet to those most affected, the suffering was frighteningly similar.” In America we could compare the sky-born violence of Hurricane Katrina with 9/11 to ask, Is violence natural? To ask, Where does violence come from? Are we violent because we are scared to die? Is there violence in the earth-crushing pressures of colliding tectonic plates? Is violence man-made or natural as a hurricane? How man-made are our hurricanes? How man-made are men, humans? In what ways are we collectively responsible for each shooter, rapist, abuser, racist, terrorist? For each tornado, fire, and flood? Do you feel the violence of storms in your body?

In his short story “Super Frog Saves Tokyo” Murakami’s character Mr. Katagiri encounters a six-foot frog and an underground worm, as large as a locomotive, threatening to destroy the city with one wriggle. Mr. Katagiri asks Frog why Worm is angry.

Nobody knows what Worm is thinking inside that murky head of his. Few have ever seen him. He is usually asleep…his brain has turned to jelly as he sleeps. If you ask me, I’d guess he probably isn’t thinking anything at all, just lying there and feeling every little rumble and reverberation that comes his way, absorbing them into his body and storing them up. And then, through some kind of chemical process, he replaces most of them with rage. Why this happens I have no idea.

Worm and Frog are thin-skinned creatures. One might say they are insecure, without security. They also serve as an early warning system. Consider the surging numbers of mutant frogs with too many limbs, or too few. The U.S. Geological Survey, Department of the Interior, writes:

Amphibians are good indicators of significant environmental changes. Amphibians, unlike people, breathe at least partly through their skin, which is constantly exposed to everything in their environment. Consequently, their bodies are much more sensitive to environmental factors such as disease, pollution, toxic chemicals, ultraviolet radiation, and habitat destruction. The worldwide occurrences of amphibian declines and deformities could be an early warning that some of our ecosystems, even seemingly pristine ones, are seriously out of balance.

In regards to the question of being thin-skinned, in the finest American ghost story ever written, Toni Morrison’s Beloved, the white slave owners are “men without skin,” horrific, desensitized monsters who appear to feel nothing as they torture other humans. Like Worm, America absorbs violence and anger. We took 9/11 and unleashed it on Iraq, a country that had nothing to do with the attacks of 9/11. Did that relieve our stress, the way an earthquake releases the stress of the land? The way yelling at your kids releases the stress of not having enough money, of having suffered abuse? I don’t think so.

Department of the Interior: What happens to the dirt, the trees, the birds, the people of a place where violence and war have raged for centuries, where people have been slaughtered, where people have been enslaved, brutalized, impoverished, incarcerated, and controlled in order to deny death? What happens to land that has been stripped of its riches, polluted by an uncaring populace? Where does the land hold its fury, its contamination of cruelty and injustice? When you drink the water that has coursed through these damaged places, what part of that anger and violence do you consume? Does America’s kindness, which is large and local, ever balance out the cruelty?

In The Kept Private, a play written by Jeremy Davidson of Storyhorse Documentary Theater, Davidson digs deep into the soil of the Hudson Valley. The text and story are drawn from interviews Davidson conducted with the Earth scientist Brian McAdoo, as well as from historical documents, letters, and the Revolutionary War pension application of Andrew Frazier of Milan, New York. Frazier was a free Black man who enlisted with the colonial army and then fought a bureaucratic battle to prove his service for the rest of his life. No one believed he was a free Black man. Davidson’s play is punctuated and haunted by the holes in our violent history, particularly a history that Americans cover up: the story of slavery in the North. McAdoo’s involvement is striking to me, an admission that we need geologists to know our history, to look deep enough into the dirt and read the rocks. The play ends with a search for the burial grounds of enslaved people and these lines from McAdoo:

One of my students did a course on tracking. So she’s really good at seeing things most of us don’t. And one of the things she pointed out was that when the wind blows…the leaves will collect wherever the ground is just a little bit lower. And you can see it—sometimes there will be three headstones…but then right next to those, will be a fourth spot, with leaves collecting in the shape of a 2ft wide 6ft long rectangle. Where someone else was buried…without a marker…just…leaves.

Can poisoned land be redeemed? Maybe, but first listen to the urgency, know what happened there, read the land where you live. Keep digging. Who planted that tree? Who built your apartment? What stones did they use? Where did those stones come from? Where does your electricity come from? Your water? What is underground beneath your feet right now? Once we understand that, then maybe we can begin to feel less terrified about the day we will return to the soil. 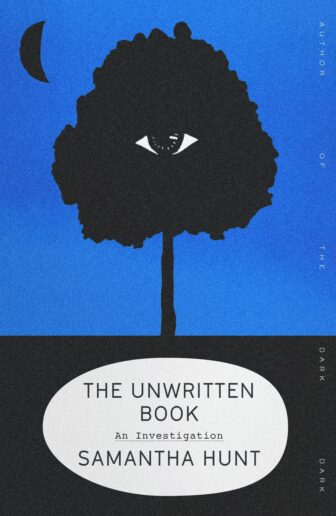