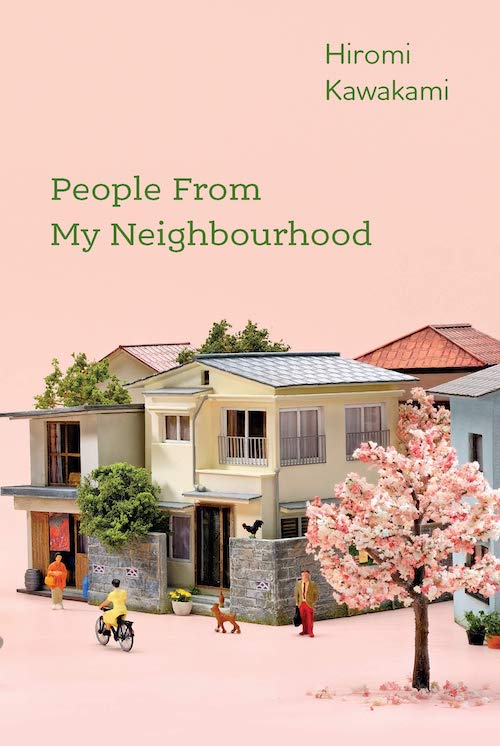 People from My Neighborhood

I LOVE MINIATURES, the way big ideas are shrunk to digestible bits and dollhouse-size designs, where everything is there—just smaller. In thirty-six stories in 120 pages, Kawakami performs this Shrinky Dink macro-to-micro transformation, which, surprisingly, also gives rise to ever expanding mysteries. Although the stories are situated in a Tokyo exurb, the neighborhood is abstract, centered more on people than hedges and homes. There’s no plot but for the drama of relationships, which surf through each story like tropisms, pulsing with human entropy, veering in and out of the strange, even surreal: from a grumpy chicken farmer to a story about a man who turns into a swarm of flies when he is stabbed in the heart, each tiny tale is sheathed in a veil of cellophane that, when unwrapped, holds multitudes. Kawakami’s prose also contains that same depth amid brevity, for who else can write a sentence as loaded as “The middle-aged woman who ran the Love, a tiny drinking place, had the face of a demon”? 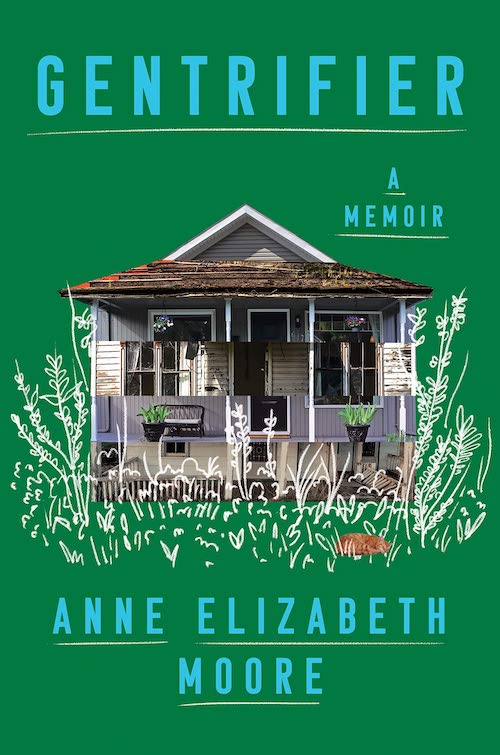 ANNE ELIZABETH Moore, the author, is given a house. Because she is a writer. The house is in Banglatown, an area in Detroit so named for its large Bangladeshi community. An arts organization thought this was a good idea, which in principle, is a good idea; most writers these days earn low wages. A free house frees us from mortgages and partners who can afford such things. A free house means writers can do their job (write) with less encumbrance. Moore encounters other complications instead, like the invisibility of certain places and why they are thus so; the relationships between class, gender, race, and sexuality; the denouement of health care amid unwealthy Americans; the meaning of community. Moore also holds the serious alongside the hilarious, and the clarity and intelligence of her prose illuminates both. Original, funny, and brilliant, this book outmaneuvers, outshines, and will outlive so many memoirs that seek to cover the same tenuous ground. 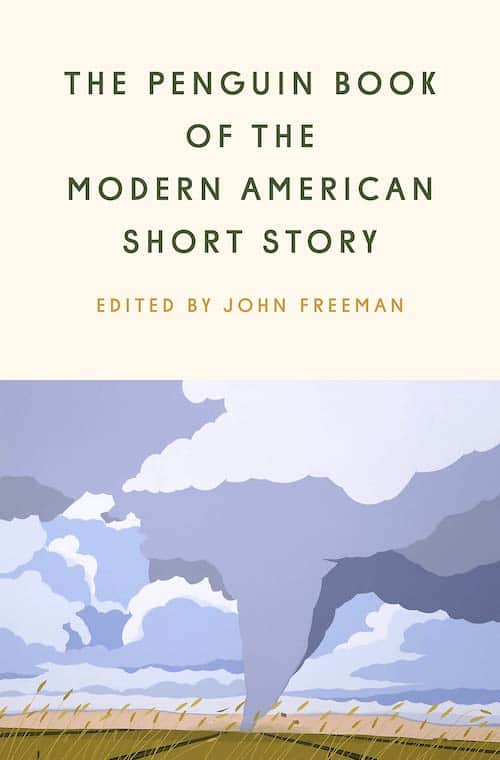 TO UNDERSTAND the trajectory of modern America, there’s no better cannon/canon than the short stories rocketing from its literary imagination. Orion contributing editor John Freeman has gathered “the unexpected, the clobber of time” into an anthology as diverse as the landscape of America itself. Toni Cade Bambara begins this Route 66 of literature with “The Lesson,” told by a young Black girl who attends a neighborhood field trip to the famous toy store FAO Schwarz in Manhattan, led by the college-educated Miss Moore. At the store, the kids spy a paperweight for $480. Their response? “White folks crazy.” And so we begin Freeman’s coast-to-coast road trip of economic imbalance, paved by ecological collapse, race, class, sexual freedom, migration, wealth, poverty, love, loss, humor, memory, domesticity, and revolution. The collection ends on the other side of America in Manuel Muñoz’s story of migrant workers in California, which begins: “Her immediate concern was money,” with those five words lighting up all the highways in between. 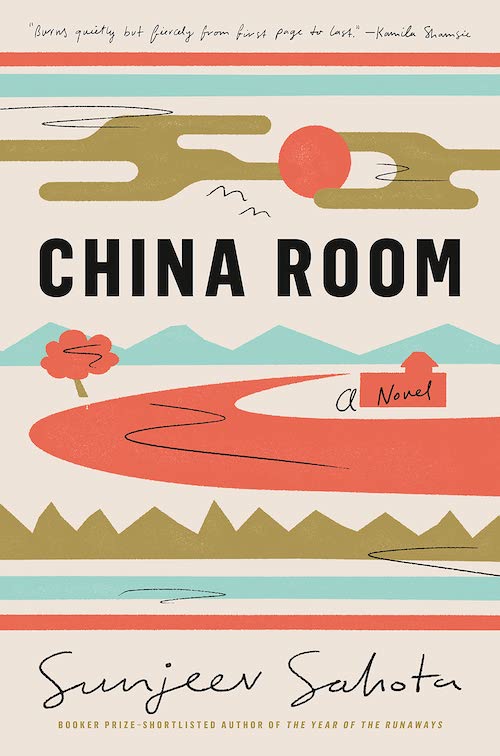 TWO LIVES, seventy years apart, inhabit a room, and the room inhabits them in a remote farm in 1929 Punjab. Mehar is a new bride but is kept in the dark about the identity of her husband, even when mustered to a room where they have sex. This room and the sex become both claustrophobic and liberating, for it is the only place Mehar is not under the heel of her domineering mother-in-law, Mai, even while Mai is the person who summons her there. Decades later, Mehar’s grandson absconds to the same farm—long abandoned—seeking sanctuary from his own pain, but instead, as his grandmother had done, he faces other referendums. The china room becomes for him too a place of subjugation and refuge, liberation and fear, connection and disconnection. Grandson and grandmother are twined in a story that presages the end of the millennium and the end of British-ruled India, vis-à-vis the doppelgängers who trace and mirror the turbulence of both. 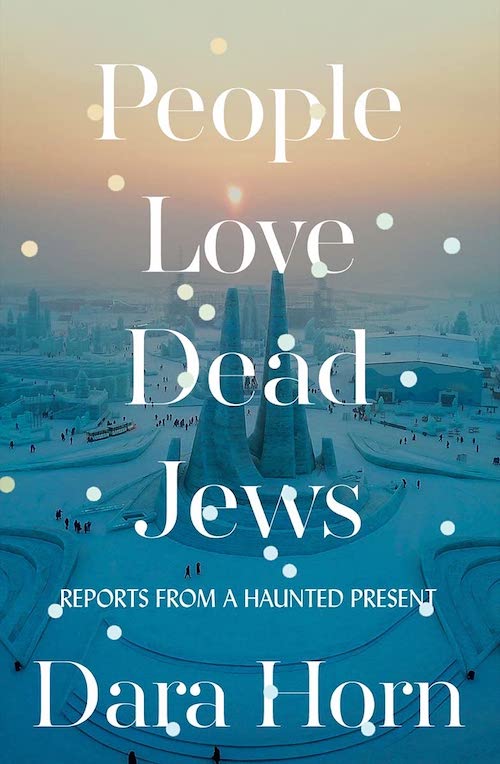 “THERE ARE NO WORDS,” Dara Horn writes about what people most often say in response to the Pittsburgh synagogue massacre in 2018. But there are words, an entire book, in this unsentimental interrogation of our cultural obsession surrounding dead Jews. From Shakespeare’s Shylock to the reverence of Anne Frank, whose international appeal “lay in her lack of a future,” Horn proceeds to correct, reckon with, and reveal anti-Semitic legacies, crowbarring open the stink of prejudice with the underlying question: what is the point of caring so much about how Jews died “… if one cared so little about how they lived?” Her essays are riveted together with personal experience and electric prose that lays bare how damaging perspectives have been as hidden as Anne Frank was. Were Jewish surnames changed at Ellis Island as many families believe? No. Horn suggests this too is a stop on the tour of “denying, hiding, and burying” the reality that Jews were unwelcome, even at the threshold of the American dream.