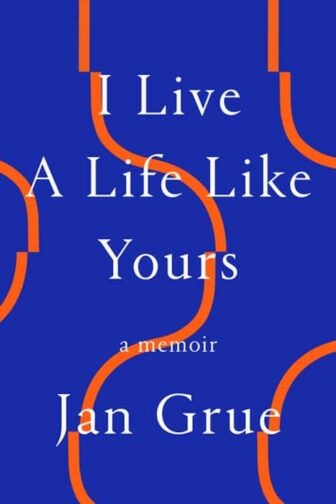 I Live a Life Like Yours
Jan Grue (Translated by B. L. Crook)
FSG Originals

Norwegian writer and academic Jan Grue excavates “what lies beneath” the human body when the body is a body that nondisabled people tend to avoid, ignore, or erase; and how does his body, in particular, fit into a world not made by or for him? Diagnosed at age three with spinal muscular atrophy, Grue surpasses an abbreviated life expectancy, yet he doesn’t escape the gaze of people who see him as a survivor and not someone who is defiantly, unapologetically, and wonderfully alive. He discards such presumptions with this unconventional memoir and bristling prose that examines language and words themselves. In fact, body and language are the story here, and Grue has written a narrative on how the former determines the latter … and vice versa. Our bodies are just containers, he suggests, and narratives created from what’s available to the naked eye are the real deficiency. What’s beneath our exo-selves, Grue reveals, is what it means to be vulnerable and, thus, human. 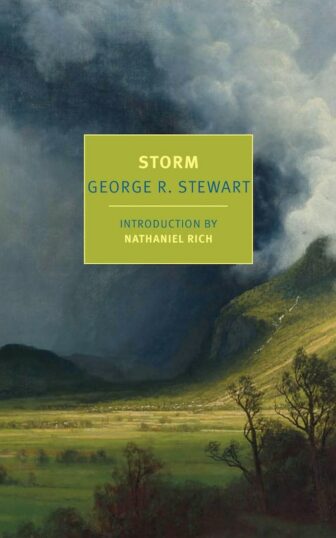 On the first day, a storm is born. A whorl in southeast Japan. Her name is Maria. For twelve days (each day a chapter), we follow Maria’s growth as we would a child; however, her development is more rapid, tumultuous, dangerous. By day eight, she deluges San Francisco after many months of drought, with further turbulent conditions still to come. Originally published in 1941, Storm features a main character, Maria, who unfolds as not a soulless weather condition, but as a female life force in contrast to the nonhuman, largely unnamed characters like Chief Forecaster, Load Dispatcher, Superintendent, or just “men.” There’s a broken marriage, Stewart suggests, between civilization, storms, and climate. Animals hoard food, grow thick fur, hibernate, he observes. They plan. “But the average man always has difficulty in getting round to mend the roof in dry weather.” Storm is a predecessor of ecofiction, part of Stewart’s odological oeuvre, and a parable for today. 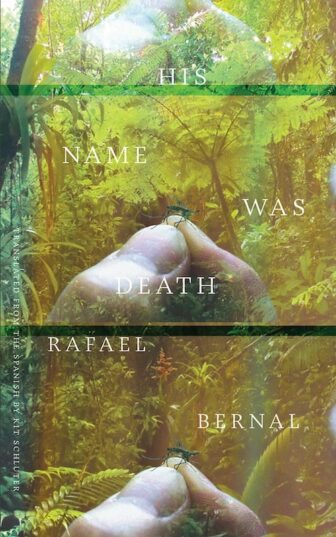 Mosquitos. One of the world’s most hated and ubiquitous insects. Punishing and sometimes deadly, their sound alone—late at night—can drive you mad. But imagine if you could communicate with them. Bernal’s novel follows an aggrieved drunk who feels forsaken by his own culture and abandons it for “a truer jungle” than civilization—the Mexican jungle, where he is adopted by the Lacandón of Chiapas and where he eventually masters Mosquil, the language of mosquitoes. As they communicate with one another, we discover their complex operations and history and why they sacrifice so many for the taste of human blood. But to what end? A searing commentary on colonialism and ecological collapse, Bernal shows the human condition in all its conditions, including not just the intoxicating effects of alcohol, but also of power. First English translation. 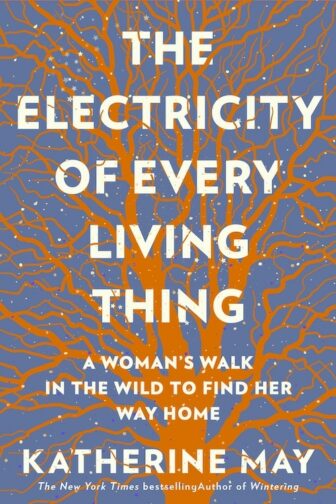 The Electricity of Every Living Thing
Katherine May
Melville House

FOR ALL THE WOMEN who write about walking in nature (Wild, The Salt Path, etc.), there is no companion I’d rather have than Katherine May: her graceful, wonderful, funny, sometimes clumsy, and electric (per the title) self. It’s not an original story: a journey begins with a long walk of reevaluation and contemplation on rugged terrain, which mirrors a rocky, conflicted interior. But May, in addition to wrestling with societal expectations of women and mothers, also contends with a public that doesn’t cope well with people like herself, someone with Asperger’s syndrome—which she only realizes while listening to a radio interview on this trek. Suddenly, the way May perceives and processes the world makes a heck of a lot of sense. Her journey to understand her own atypical mind takes her across 630 miles on England’s South West Coast Path, through pesky rain, cheerful lemon shandies, and interior landscapes that, thank goodness, don’t conform to anyone else’s boundaries. 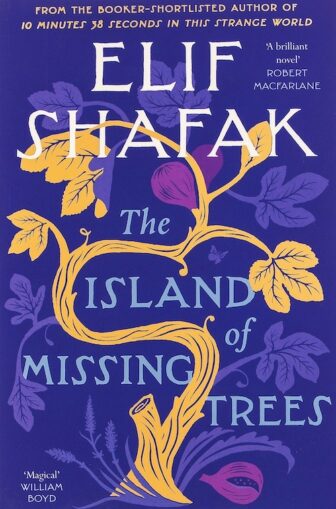 If trees could talk, what would they say? In The Island of Missing Trees, the forbidden love between Kostas (Greek Christian) and Defne (Turkish Muslim) unfolds beneath a fig tree, a tree that also (partly) narrates the book and embodies the complex history, ethnic conflict, and religious hypocrisy of Cyprus. Shafak uses the fig tree to tell this story, in part because it helps address such charged topics at a slight remove and in a sentient way, a point of view that is silent but wholly conversant in the issues it sees. And the fig tree witnesses everything from the deep past, climate change, intergenerational and inherited trauma, and the suffering of star-crossed love. In shifting from the journalistic to the unearthly, historical to fantastical, truth to fiction, these divides highlight the conflicted boundaries between Greece and Turkey and anyone who comes from divided lands and pasts.