At a meeting of the Society for Research in Child Development in 1975, the psychologist Edward Tronick presented a paper that would fundamentally change how we understand infant cognition and human attachment. Dr. Tronick and his team conducted an experiment in which mothers were instructed to play with their babies for a short period and then abruptly allow their faces to go blank. By “blank” I mean chillingly unresponsive, without affect. In an interview about this “Still-Face Experiment,” Dr. Tronick describes what happens next to the infant:

She uses all of her abilities to try and get the mother back. She smiles at the mother. . . . The baby puts both hands up in front of her and says, “What’s happening here?” She makes that screechy sound at the mother, like “Come on! Why aren’t we doing this?”

Perhaps it’s no revelation that human beings depend on social mirroring for their well-being, that it hurts when our bids for connection are ignored. Consign this to the category of scientific discovery colloquially known as “No duh”—the apple falls down, not up. But by my lights, Tronick’s experiment proved a theory of a different sort of gravity. A force at the center of the universe binds one being to another, a force that morphs as it’s passed back and forth. It evolves through resonance, repetition, and variation. You can break it down into parts—attunement, call and response—but when those parts join, they become the engine of evolution itself. Not competition, but collaboration and adaptation. Reciprocal social exchange.

It feels good to be “on the same wavelength” with another person. To be “in tune” or “in sync.” It feels good when our words “resonate,” when the conversation—or the dance, or the song—achieves true collaboration. This is the premise of call and response— whether it proceeds by echoing, reply, agreement, or friction. The effort and the result are always shared.

I doubt Johnny Cash had this force in mind when he asked, “How high’s the water, mama?” Nor did Q-Tip as he queried, “Can I kick it?” But both singers were nevertheless subject to its laws. The question is a bid for connection, a verbal trust fall, and if no one replies (or if the reply is misattuned to the call), the song falls flat.

But when the call is answered? “Moans, shouts, and groans,” writes the linguist Dr. Geneva Smitherman. “These significations are capable of establishing a psycho-cognitive communal dynamic of shared cultural, religious, and intrapsychological meaningfulness.”

When voices rise together in a church, or in a stadium, or in a whoop of protest—the choristers are of one mind for as long as their song is joined. Call and response is a technology of both social revolutions and consensus-based democracies. But like most human practices, it is not an unambiguous good, and can be leveraged to all sorts of ends. Early American permutations include spirituals, sea shanties, military “cadence calls,” shape-note singing, chain gang. In some cases, call and response is used to engender obedience, the mechanization of the creaturely, to give rhythm to war, to pacify the laborer. In others, to encourage rapport, build consensus, rev the engine of joy.

Resonance, too, can service communion or compliance, and the distinction between these states is easily blurred. I had a voice teacher in my thespian days who frequently rhapsodized about the fine-tuned resonance of Stradivarius violins. These instruments were so exquisitely crafted that if you placed two of them at opposite ends of a room and plucked one of their D strings, for example, the D string on the other would vibrate in sympathy. This story was meant as an allegory: if we attuned our voices as precisely, we could evoke in an audience whatever our characters were feeling—their bodies defenselessly absorbing our emotional sonic waves. These high-minded soliloquies were typically followed by group recitation of tongue twisters about toy boats and very pleasant mother pheasant pluckers.

The body, in its infinite variation, is the instrument through which we give and receive our human music. And just as taste is intricately tied to smell, so is sound to touch. This explains why listening to music through an iPhone speaker is sensorily equivalent to consuming freeze-dried ice cream from an MRE packet. This is why whole generations courted tinnitus in darkened clubs, performing their ecstatic dances before the altars of subwoofers. As Marky Mark instructed: Merely hearing is insufficient. One must also feel the vibration.

If you find it difficult to get to the club these days, it is possible to reproduce the experience by wearing a vibrating backpack or “a patented tactile audio platform” (in the company’s lingo). These packs are designed to reproduce the felt experience of live sound for music aficionados, gamers, and those who prefer virtual reality to actual reality. I first learned of them in a short documentary by the Dominican artist Maria Batlle. Batlle took groups of musicians and deaf students out to sea to communicate with whales. The whales were amplified through a hydrophone that connected to the packs and allowed the students to feel their songs. The students then transposed the whale song through vocalization and gesture. The whales called; the students responded; the whales responded, in turn, to their calls.

On one of these trips, the sound philosopher David Rothenberg played clarinet with the whales—with being the operative word for Rothenberg, who frequently performs with insects and birds. It’s not uncommon for musicians to add nature sounds to an existing song, he tells us, but it’s rare that a musician will “bend their music towards the world of animal sound,” producing something “a little at the edge of human music.” 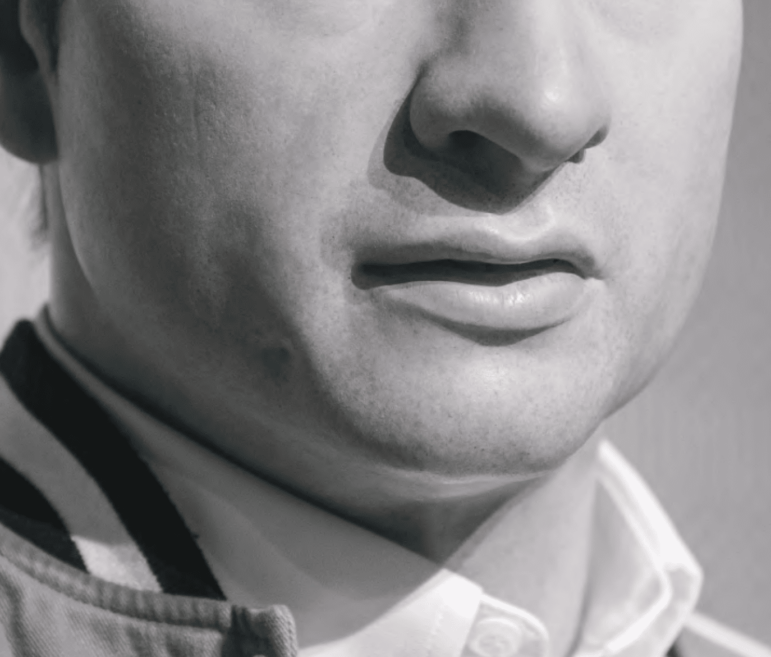 In a 2007 interview, Dr. Tronick described what happens within the child as she bids for connection, a progression he dubbed “the good, the bad, and the ugly.” The good is the attuned social exchange between mother and infant. The bad is the interruption of that exchange, the still face. The baby becomes distressed, her posture collapses, she withdraws. Mercifully, this is where the experiment ends. The mother’s face comes back to life, and the disruption is overcome.

“The ugly,” Tronick tells us, “is when you don’t give the child any chance to get back to the good. There’s no reparation, and they’re stuck in that really ugly situation.”

Embodied exchange, whether with humans or with the greater than human world, is not only essential to our art and health as social beings; it is the very foundation from which we express our beings—a vital (and vitalizing) expression of the human organism, like the bloom to the bud, the murmuration to the flock. Without it, we fail to thrive.

After two years of living through screens, some days it feels to me like we’re all stuck inside the still-face experiment. And yet, as I write this, birds are calling to one another outside my window. Their bright volley reminds me of another gray morning, in a gray time of life, when I didn’t much want to be on Earth. I was sitting in a bus shelter in Portland, Oregon, waiting on the #15, when a house sparrow jumped onto the bench next to me, opened its beak, and sang. I’d never seen a bird so close-up, and certainly never while singing. I was stunned. She went on for a minute or two, which seemed an eternity. Then the bus came, and she bounced away. The whole ride home, my body vibrated with her song, which had entered me, changed my shape. I wish I’d responded, but it’s taken this long to understand her call. Even when we can’t connect with other people, can’t see our way out of an ugly situation, resonance is waiting at the edge of human music. We can bend our song toward the living world. Come back to life.