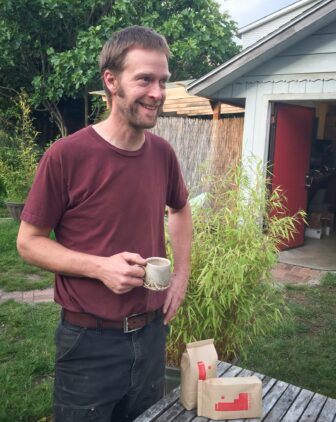 “Knowing that I support what Orion represents feels right.”

When Larry Naylor first subscribed to Orion nearly two decades ago, he was initially attracted to the design of the magazine. A mechanic by trade, he owned a custom design/build bicycle shop in Seattle then. Now, he uses those same skills as a sculptor. Orion’s beauty caught his attention; the look and heft of the pages in his hand felt right. “The book recommendations are great,” he opined.

Today, Larry appreciates how Orion showcases people trying to make a positive impact on the environmental world despite overwhelming odds. Plus, no ads. That’s why he became a donor in 2005. Larry wanted to give back and support Orion’s work to be independent and unbeholden to corporate interests. Initially he made an occasional donation in addition to his subscription. He became a Sustaining Partner, one of Orion’s monthly donors, in 2009 with a monthly gift of $15.

“I never had a lot of money. I don’t have a lot to spare. I wouldn’t be able to give $180 on a random basis,” Larry stated. Becoming a monthly donor made sense. The automatic payments became part of his monthly budget. In return, Orion arrives at his home without the fuss and hassle of needing to renew his subscription. Every issue is read. “I like to start small things in my own life. Knowing that I support what Orion represents feels right.”