LAST YEAR, I watched Orange Sky Day play out on Instagram from a lake on the other side of the country. In a deck chair I scrolled through countless images of the uncanny wildfire sky, with caption after caption reminding me that this dusky light was from the middle of the afternoon.

My beleaguered San Francisco Bay Area friends, who had spent the better part of a month trapped inside due to smoke, ventured out of their apartments to document the otherworldliness. At first, I felt lucky not to be at my home in Berkeley. But that feeling was quickly replaced with survivor’s guilt, as I watched my friends suffer while I read a dystopian novel and drank a beer.

I almost didn’t make it to the East Coast last year because of the pandemic, but after a month spent reading articles on airplane ventilation, I decided it was worth the risk to see my family at least once in 2020. I traveled from San Francisco in one of the N95 masks left over from the previous year’s fires and quarantined for a week in my friends’ New York City apartment. Two COVID tests and a borrowed car later, I was hugging my mother in the driveway.

A few days into the visit, I went on a canoe trip with my dad. We paddled a circuit of ponds with quarter-mile carries between them. There have always been loons in the Adirondacks, but on that trip we saw more than I could ever remember. Sometimes it was just a pair, sometimes five to ten of them swimming together in little groups, or “rafts.” Later, Dad and I watched a bald eagle leap from the top of a white pine to snatch a perch from the lake. It rose from the water with the fish in its talons and flapped off toward the sun.

For a brief moment that day I forgot about everything. Not just the pandemic, but about all the other crises that kept me up at night—climate change and ecological collapse. I let my brain overinterpret the loons and eagles as signs not only that these lakes were healthy, but that the whole planet was thriving. The birds were abundant, the air was clear, and for a brief moment, I felt profoundly calm. 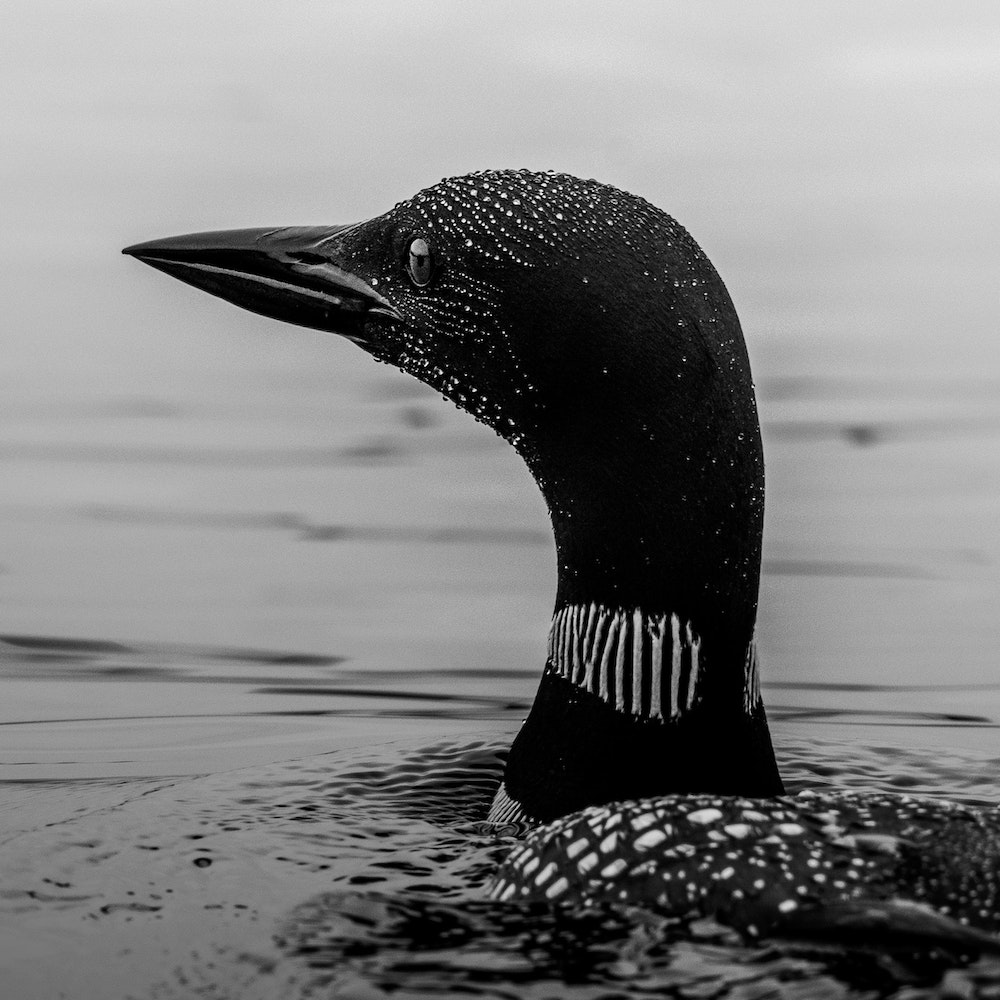 Living with uncertainty is not my strong suit. I am the kind of person who starts getting anxious on Wednesday if I don’t have several concrete plans for the upcoming weekend. I would prefer a solid blueprint for the next twenty years of my life, but how does one plan for the future when the future feels so precarious?

When I feel like I did that afternoon on the dock, I let myself indulge in the fantasy of a healthy world. This feeling doesn’t stand up to the slightest bit of scrutiny, and therefore, never lasts long. I let my brain do this anyway, though, because stability—or even the illusion of it—feels so good.

On some level, we all want stability. Even the most impulsive among us, the ones who thrive on change, need some things that don’t shift: a reliable friendship, a trusted cornbread recipe, an audiobook narrator whose voice they can count on to lull them to sleep. We want to know that, when we find something good and safe, we can hold on to it. We can expect it to be there in the morning. We want to know that, no matter what sort of chaos swirls around us, we are, at the very least, standing on solid ground. Because, for nearly all of human existence, we have been.

The sheer pace of change playing out right now is making it harder for us to maintain our myth of a stable planet. The stability fantasy is beginning to crumble.

Marcia Bjornerud is a geologist and the author of Timefulness: How Thinking Like a Geologist Can Help Save the World. The book is a deep time tour through our planet’s history. Along the way, Bjornerud shows that part of our inability to make sense of the current climate crisis has to do with our inability to let go of the idea of the planet as a fundamentally stable place.

We have been tricked into believing in Earth’s stability, in part because all of human civilization has taken place during the Holocene, a 11,700-year interglacial period in which Earth’s climate has been remarkably consistent and remarkably hospitable to life. Any geologist will tell you that, over the long arc of time, Earth has been the farthest thing from stable. It has undergone vast shifts, fluctuating from an icehouse to a hothouse and back again.

Humans haven’t been around for any of that. A relatively stable Earth is the only one we have ever known.

Every book written and read, every vegetable grown and eaten, has occurred during this short period. And on some level, Bjornerud says, it’s understandable that many of us have come to think of nature as the passive backdrop on which we live our lives. This misunderstanding is fundamentally about time: an inability to grasp the enormity of our planet’s biography. It’s hard to wrap our heads around the true age of Earth, the fact that 90 million years ago the sea level was 500 feet higher and there were rainforests in Antarctica.

Our time illiteracy extends in the other direction, too. Despite endless political rhetoric about protecting our grandchildren, our institutions appear almost incapable of long-term thinking. There are many reasons for this—the fossil fuel lobby, the election cycle, the nature of capitalism—but it also has to do with our perception of time.

The great irony of climate change is that, even though it is now occurring at an incomprehensibly rapid pace from a geologic perspective, it is still moving too slowly for humans to understand it as the crisis that it is. Few of us are geologists, and thinking like one is easier said than done.

I think this is why there haven’t been more successful films about climate change. We love movies about existential threats—mainly aliens—but in those stories individual characters make decisions to deal with the crisis within a couple of weeks. One of the few blockbuster films to deal directly with climate change, The Day After Tomorrow, imagined an Ice Age apocalypse that settles over Earth in a matter of days. Climate scientists rightfully criticized the movie, but I think it says something profound about the climate problem: Unless we unreasonably turn up the speed dial, we are incapable of fitting climate change into the kind of narrative that human beings are used to processing.

And yet, here we are, causing one of the fastest shifts the planet has ever experienced. The sheer pace of change playing out right now is making it harder for us to maintain our myth of a stable planet. The stability fantasy is beginning to crumble.

Humans have long thought of our planet as fully knowable—that we could tell our children when to expect the first frost, when to plant the fields come spring. You might have drought-stricken or snowless Januarys, but they would be outliers against an otherwise predictable trend line. But as we leave the Holocene behind, scientists are forced to abandon models that have governed our understanding of the planet for hundreds of years. As the world becomes less predictable, Marcia Bjornerud says it’s challenging our old delusion that nature is just a stable backdrop: “Now we’re realizing that the scenery is going to start directing the play.”

Sometimes when I think about geologic time, it leaves me feeling comforted, that the world has been through many periods of change before and it will surely survive this tumult; that we are not destroying Earth, but merely the majority of its resident species, including our own. But, in leaving this slice of stability behind, we also leave the only Earth we have ever known. The Earth our grandchildren grow up in will be a very different place from the one we know. It will be a new, unfamiliar, eldritch planet—at least to us. 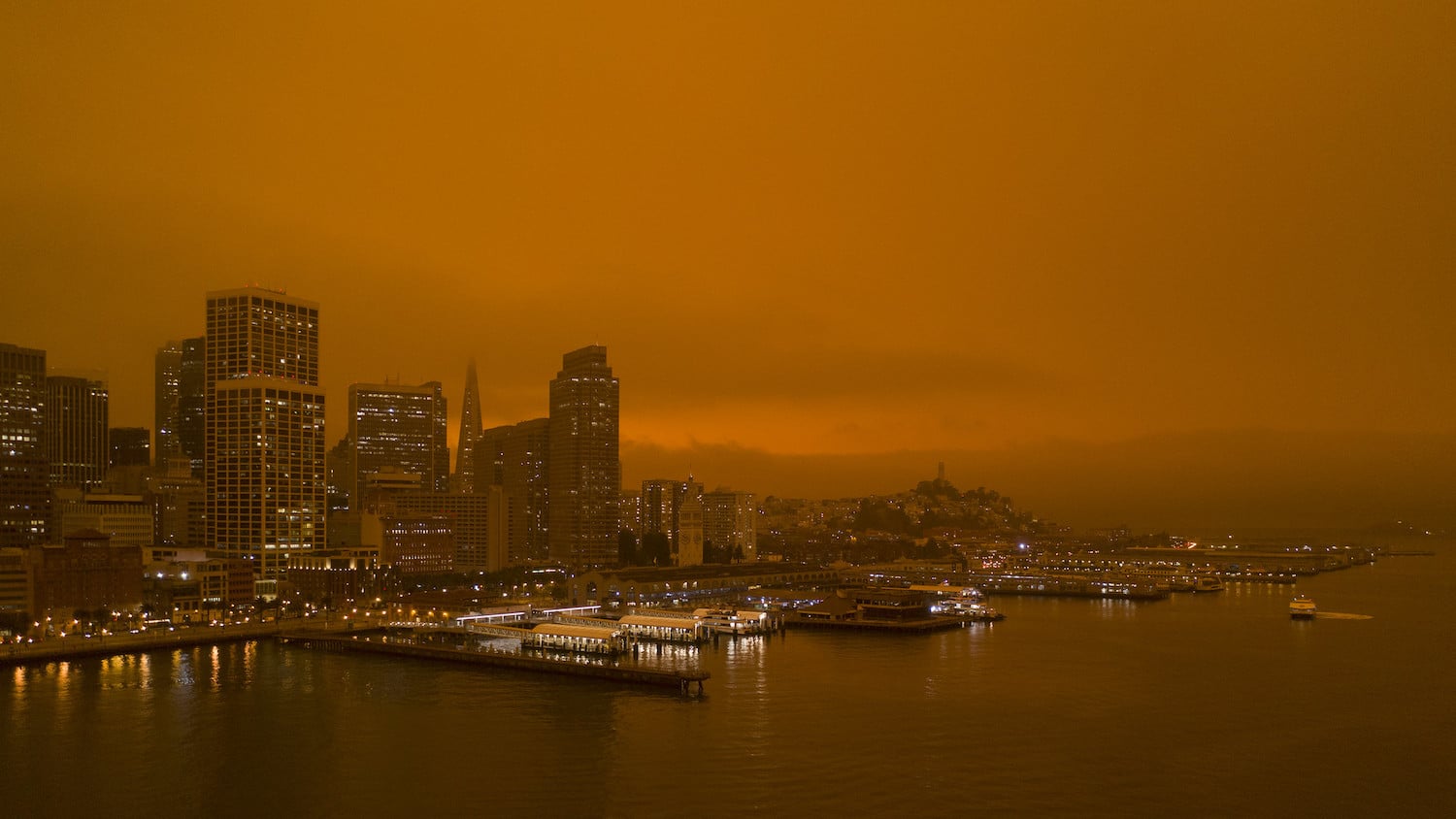 A few days after the bald eagle sighting, a heat-induced lightning storm sparked wildfires throughout California. They burned the entire time I was away—razing forests I liked to hike and farms I often pass on my bike, obliterating any momentary sense of calm. From afar, I kept tabs on the chaos, checking Twitter for updates from climatologists and watching friends as they taped their windows to keep the smoke out.

Then came Orange Sky Day. The day when the sun never really rose, and glowing smoke cloaked much of California. I found myself doomscrolling on the dock, trying to feel a sense of proximity to the bizarre dream my friends were living through. As I flipped through Instagram, everyone agreed on two things in the captions: the first was that the iPhone camera couldn’t properly capture the eerie color of the sky. And second, that the Bay Area no longer resembled our planet. It felt like an alien world. And, in a way, it was.

Emmett FitzGerald is a producer for the 99% Invisible podcast, and formerly worked with PRI’s Living on Earth as a reporter.