PIOBBICO is a medieval Italian town, hidden between two mountains and surrounded by caves and waterfalls. It’s a very small town, two thousand people. They have a homemade-looking Piobbico sign overlooking the town, their version of the Hollywood sign.

We visited in spring. It was me and my colleagues Lauren Spohrer, Nadia Wilson, and Lindy Russell. The four of us were on a mission to find and record as many exceptional personal stories as we could, for our podcast, This Is Love. We had ten days and a lot to do. We traveled by boat, by train, and drove a rental car up and down the autostrade. We learned about pocket coffee—small pieces of chocolate filled with espresso.

When we arrived at our hotel in Piobbico, the door was locked. We stood on the sidewalk with our suitcases, feeling conspicuously confused and American. A woman from a café down the street poked her head out and yelled, “He’ll be back soon!”

One of the great pleasures of the trip was deciding where to have dinner each night. In Piobbico, they have two specialties. One is polenta alla carbonara. The polenta is cooked in a copper pot over a wood fire and stirred by hand with a big wooden stick. The other specialty is homemade pasta with fresh truffles. We tried this at Ristorante Il Burchio. Piobbico is very proud of its truffles, not just because they’re wonderful but also because they’re ugly. When you’re driving into town, even before you see a sign for the town, you see a sign that says club dei brutti—the Ugly Club, founded in 1879.

Piobbico is a place where everyone wants to be ugly. 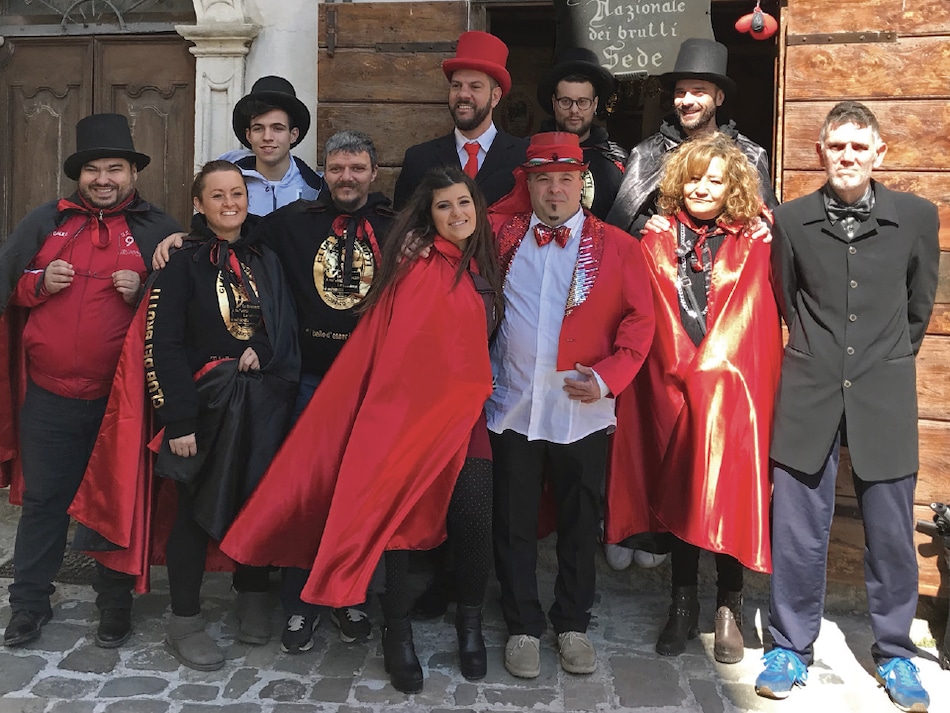 “At the beginning, there were a lot of spinsters in Piobbico, and so this club started in order to give husbands to the spinsters,” says Benedetta Aluigi, whose father, Gianni, is the club’s long-standing president. “It was like an agenzia matrimoniale, like Tinder,” she told us, laughing.

In 1960, the club shifted its focus to “make citizens aware of the problems of the ugly.” It was led by one man, Telesforo “Lelle” Iacobelli, who kept getting re-elected as the club’s president, year after year, for thirty years. Lelle, who called himself an “ugly man”—he wasn’t happy with his nose—often said his problem wasn’t with attractive people but with the commodification of beauty. Lelle instituted the Ugly Club’s motto: “Ugliness is a virtue, beauty is slavery.” He loved Piobbico, and he loved Piobbico’s truffles, which he saw as kind of a metaphor: truffles, the ugliest growth in the ground, are so precious.

“The president, with the help of the councilors, will judge your ugliness,” Benedetta explained. When we asked about the criteria for joining, she showed us the rubric by which they measure ugliness: “Undefined, Insufficient, Medium, Good, Great, and Extraordinary. So, if you are extraordinary, it means that you are extraordinarily ugly.”

The current members of the club cast their votes out loud, one at a time. If you’re admitted, you’ll be given a membership card to carry in your wallet. 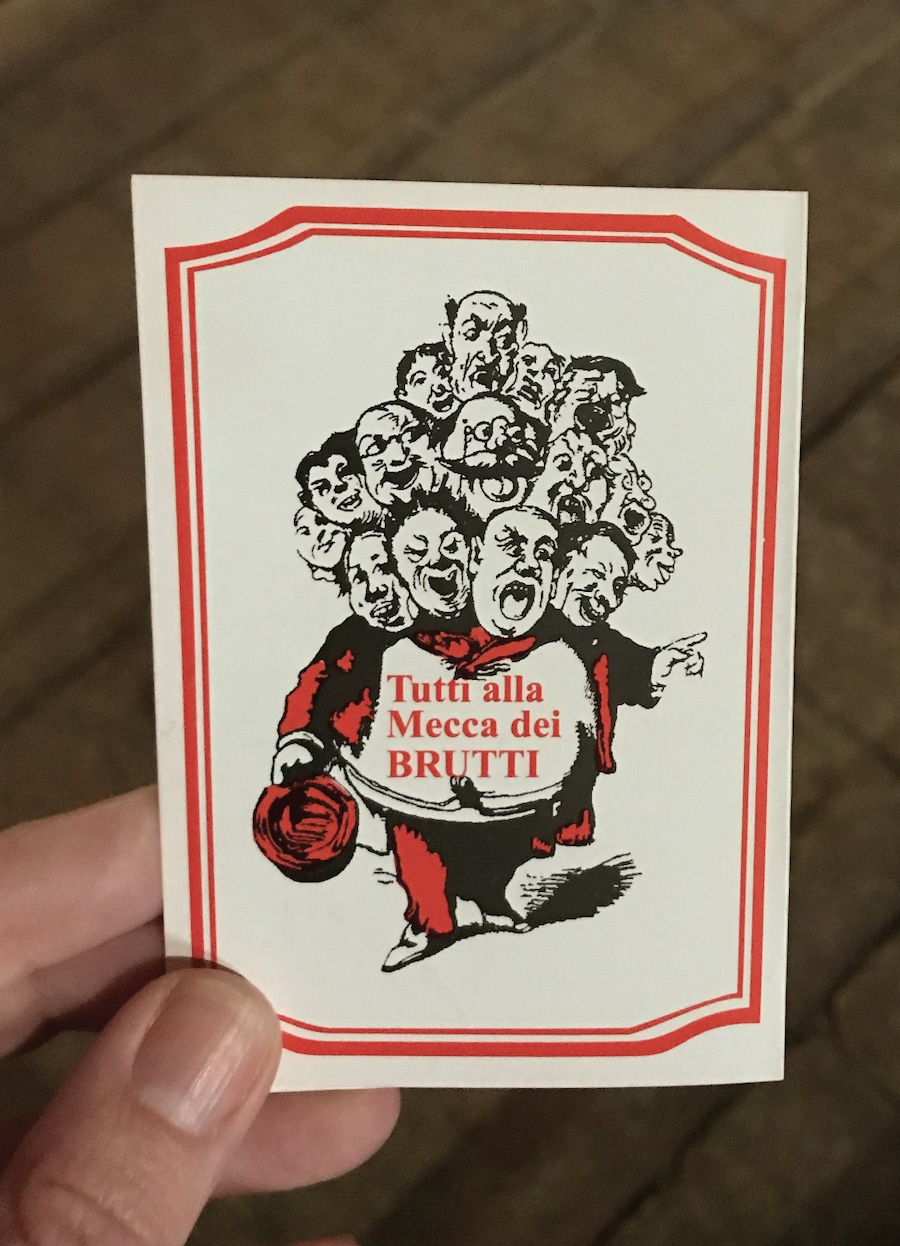 “I DON’T THINK I’m ugly,” Benedetta says. “Being part of the Ugly Club doesn’t mean you have to be ugly. You are part of the club when you understand why you don’t have to be beautiful.” With both her mother and father in the Ugly Club, Benedetta grew up thinking a lot about why looks are so important. “When you grow up in Piobbico, this is just how things are.”

If you want to visit Piobbico, go in September—that’s when the Ugly Club festival takes place. Hundreds of people come together in Piobbico to cast their votes for the Ugly Club president. There’s a parade, and music, and everyone dresses up. Fall is also the best time of the year for truffles—they have a festival for that too. O

To meet many of the members of Piobbico’s Ugly Club, and to hear them sing their anthem, visit www.thisislovepodcast.com. This Is Love also created an Ugly Club pin: you can order yours at www.thisiscriminal.com/shop.