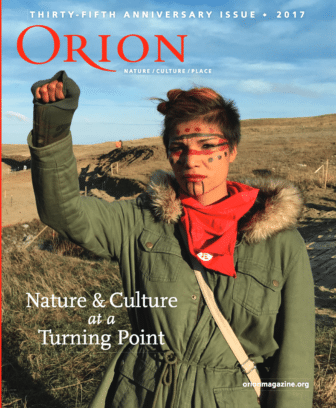 Orion‘s special 35th Anniversary Issue seeks to illustrate the paths along which some people were traveling when they reached an internal turning point—a turning point at which they discovered they could no longer approach the world with the same understanding they had relied on, or could no longer lead the same lives they had been living.

In response to the stories in the special 35th Anniversary Special Issue, please share your thoughts and stories about turning points here.