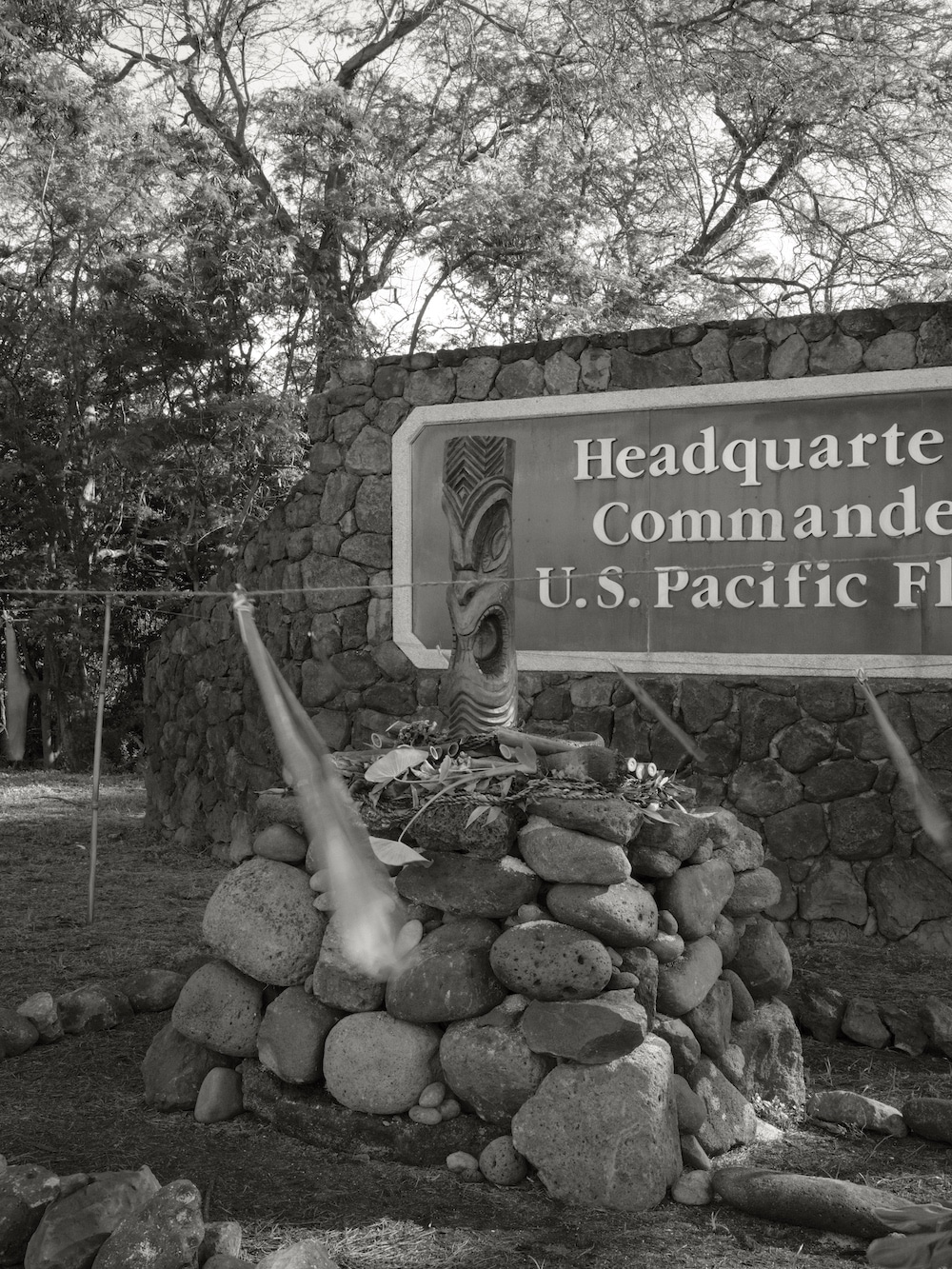 A ti leaf flaps in the breeze before a koʻa (ceremonial altar) at the entrance to the Headquarters of Commander, U.S. Pacific Fleet. The ko‘a was built to gather people together in recognition and reverence for the importance of wai (water) and its protection.

ON DECEMBER 10, the Hawai‘i Department of Health found that a United States Navy water well contained gasoline and diesel hydrocarbons at levels up to 350 times what is considered safe for drinking water. This well, the Red Hill shaft, is one of three that provides water to residents on the Joint Base Pearl Harbor and Hickam (JBPHH) on the island of Oʻahu. For weeks, families living on the base registered complaints of a gasoline smell and taste in their water and illnesses ranging from vomiting to headaches, stomach pain, burning skin, and diarrhea. Initially, the navy dismissed residents’ concerns, but later admitted the water was unsafe for consumption and relocated more than 3,000 families to hotels. Because the navy shares an aquifer with the Board of Water Supply, officials worry that contamination in navy water wells could affect the city of Honolulu’s drinking water as well. 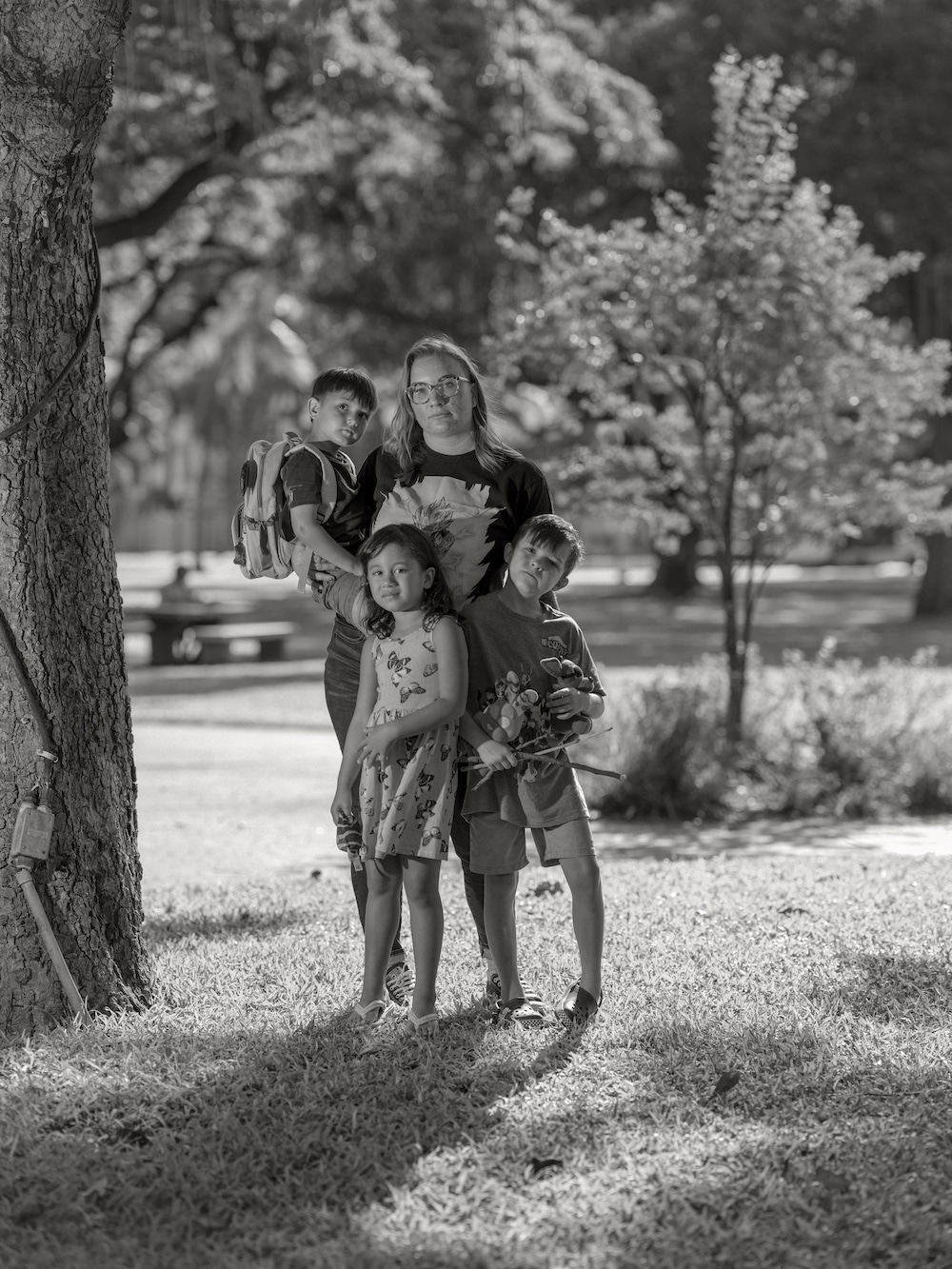 Merranda Ramirez is a military spouse who lives on JBPHH. She and her children (ages four, five, and eight) suffered fever, chills, diarrhea, cough, lethargy, and mental fatigue from drinking contaminated water.

“My kids are nonstop. For them to lay around like that, it was not normal. It was heartbreaking [to see them sick]. What should I do? There is not enough information for us to know what the long-term effects are. I read that some are Parkinson’s disease, cancers, and kidney disease . . . we just don’t have answers.” 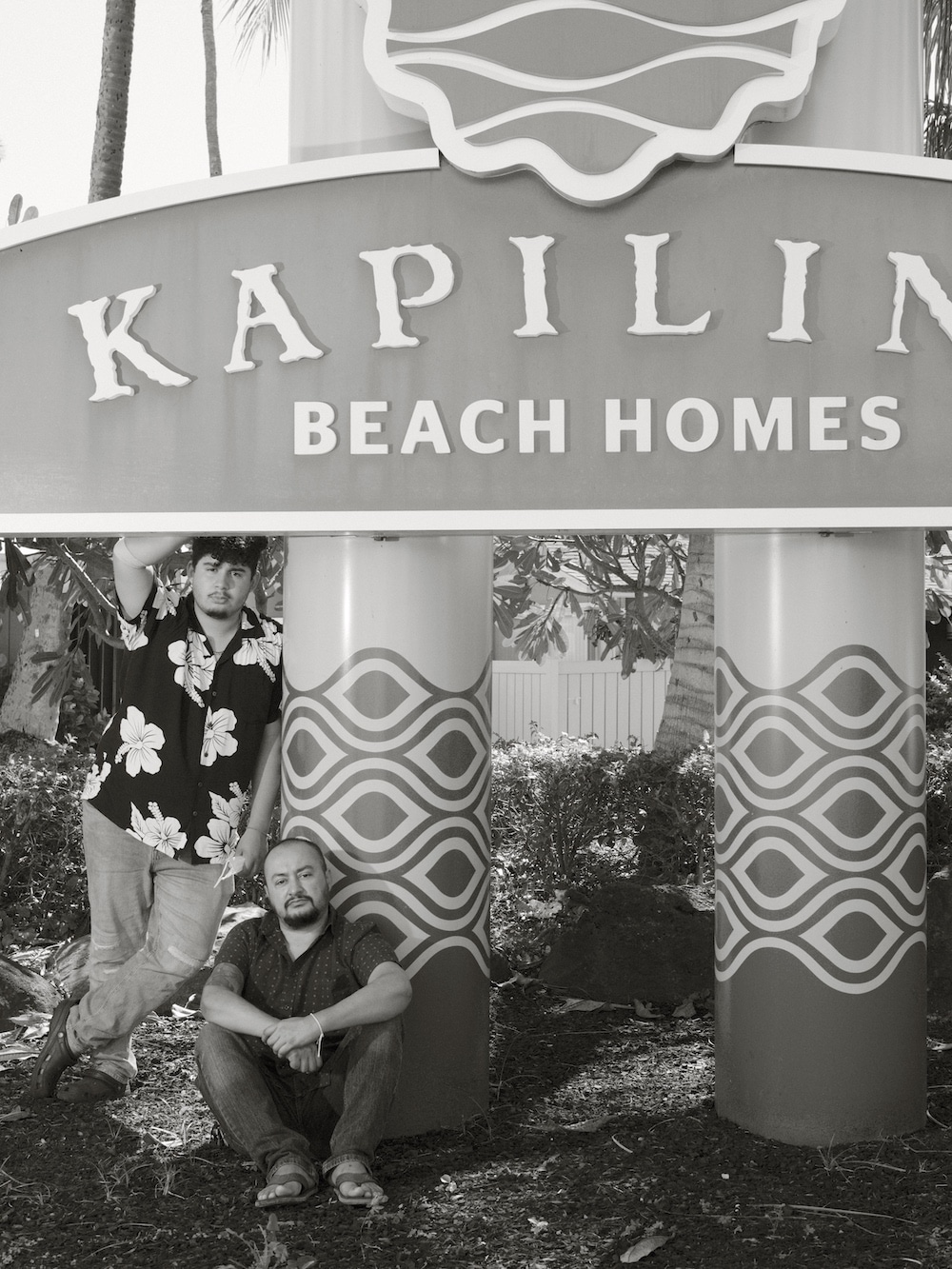 Xavier Bonilla’s son Jayden was rushed to the ER after showering in contaminated water. Although they are civilians, they live in a former military housing complex, Kapilina Beach Homes, still serviced by the navy’s water system.

“When I tell you that the paramedics had worry on their face [when they saw Jayden], my heart sunk into my stomach. His whole body was swollen and they hit him with an EpiPen because his throat had closed up and he was barely breathing. His whole body had broken out into a rash. When we spoke to an allergist, the doctor said that Jayden didn’t have an allergic reaction, but a toxic one. I’m frustrated. I’m concerned for my family and our community. And I’m so exhausted.” 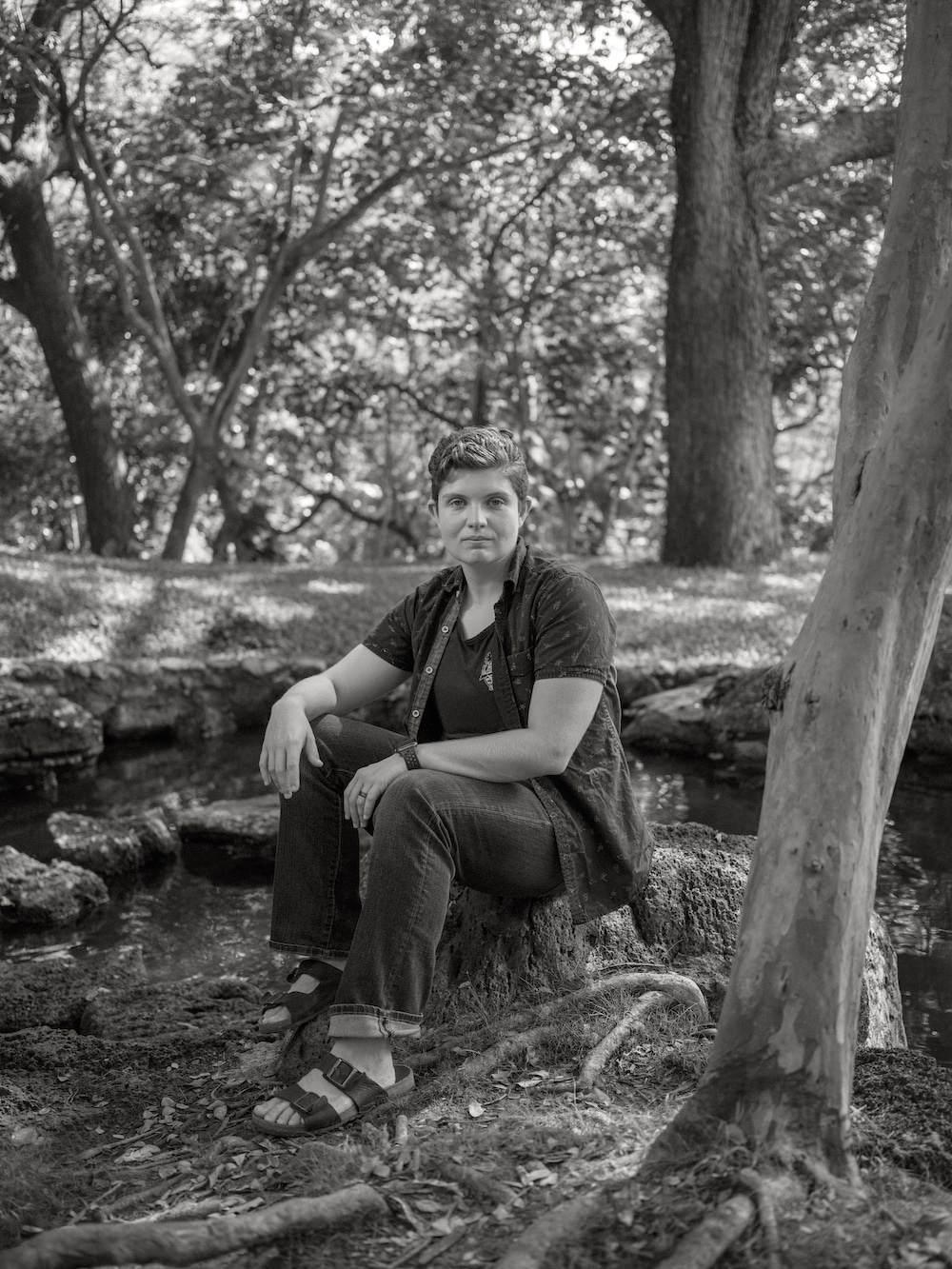 Skyler Smela is a member of a military family and a graduate student who lives on campus at the University of Hawai‘i. Smela developed a severe rash after swimming and showering at Hickam Beach on JBPHH.

“[At the time I went swimming], they were flushing the contaminated water down storm drains that go directly into the ocean. They did not post any signs [at the beach]. They did not close any showers [serviced by the navy’s water system]. The next day I woke up and my skin was on fire. I had hives on my back and my hands were so swollen I could not make a fist. This has deeply shaken my belief that we can trust the powers that be to keep us safe.”

This contamination event is one of many that can be traced to the Red Hill Bulk Fuel Storage Facility—a WWII-era structure that has long faced criticism for corrosion, leaks, and spills. The facility sits directly above Oʻahu’s main aquifer and hosts twenty massive tanks, each about the size of a football field, containing 200 million gallons of fuel. Major problems began in 2014, when the navy reported that 27,000 gallons of fuel spilled during a tank refuel. Since then, Hawaiʻi Department of Health has cited the navy for numerous violations for not maintaining the tanks and piping. In May 2021, the navy reported another fuel spill of 1,600 gallons and elevated levels of hydrocarbons in nearby wells throughout the summer. On November 20, this rolling crisis turned into a full-blown disaster when the navy reported a spill of 14,000 gallons of fuel and water in an access tunnel of the Red Hill well. The navy has cited this latest spill as the cause of the water contamination at JBPHH. 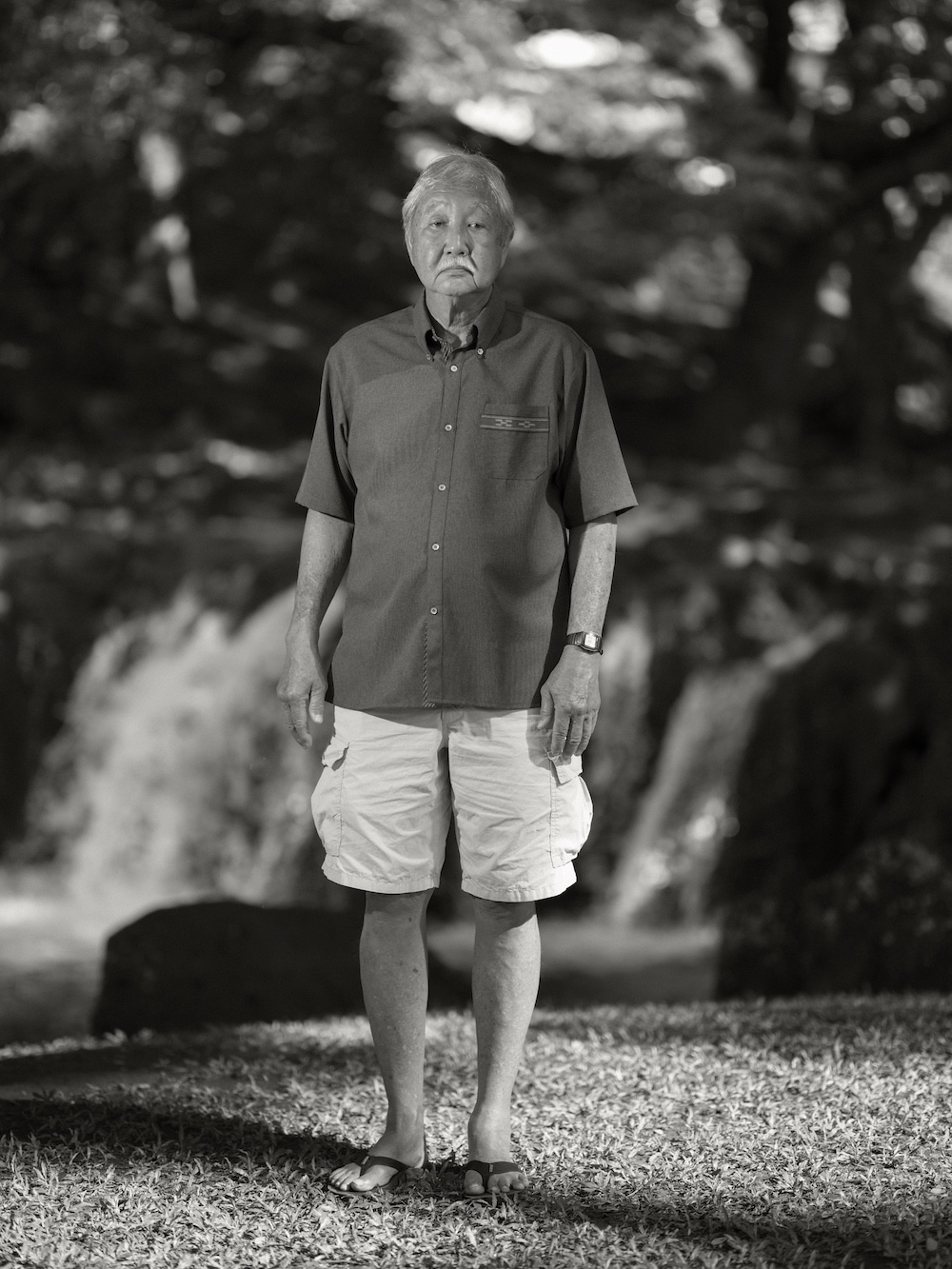 Wallace “Uncle Wally” Ito is an educator and community advocate with the ‘Ewa Limu Project. He worked with Uncle Henry Chang Wo Jr. and has since been involved in many efforts to advocate for limu (seaweed) and ocean ecosystems.

“I learned from kūpuna (elders) how to take care of our natural resources. And water is the most important resource. One of the lessons that they teach is that you don’t piss in the stream when your downstream neighbor is drinking that water. The navy is pissing in our stream and they are not owning up to it. The only way that they are going to assure us 100 percent that the fuel is not getting into our water is to decommission those tanks and store it somewhere it is not going to endanger our drinking water supply.” 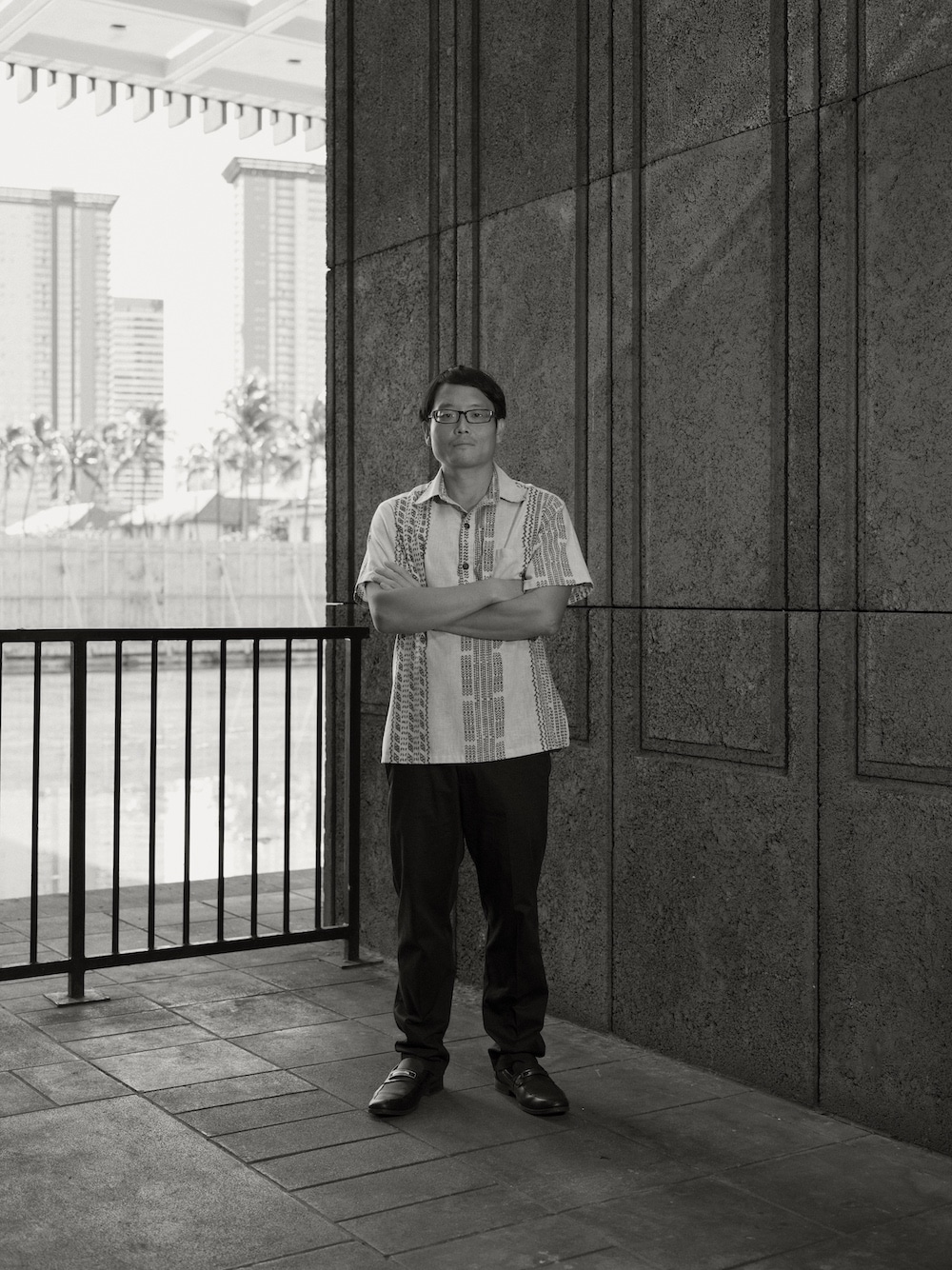 Wayne Chung Tanaka is the executive director of the Sierra Club of Hawai‘i, which has been working to close the Red Hill fuel tanks since 2014.

“There is a perspective [in Hawaiʻi] that we are reliant on the military for our jobs, economy, and security, so the state has not questioned the assertions of the military in a lot of ways, including with regards to Red Hill. . . . I’m hoping that recent events have demonstrated to our legislators that the navy can’t be trusted with our water, this foundation of our lives. They have promised us time and again that they are somehow able to think of everything to protect us and this irreplaceable water source, yet they have failed time and again to do just that.” 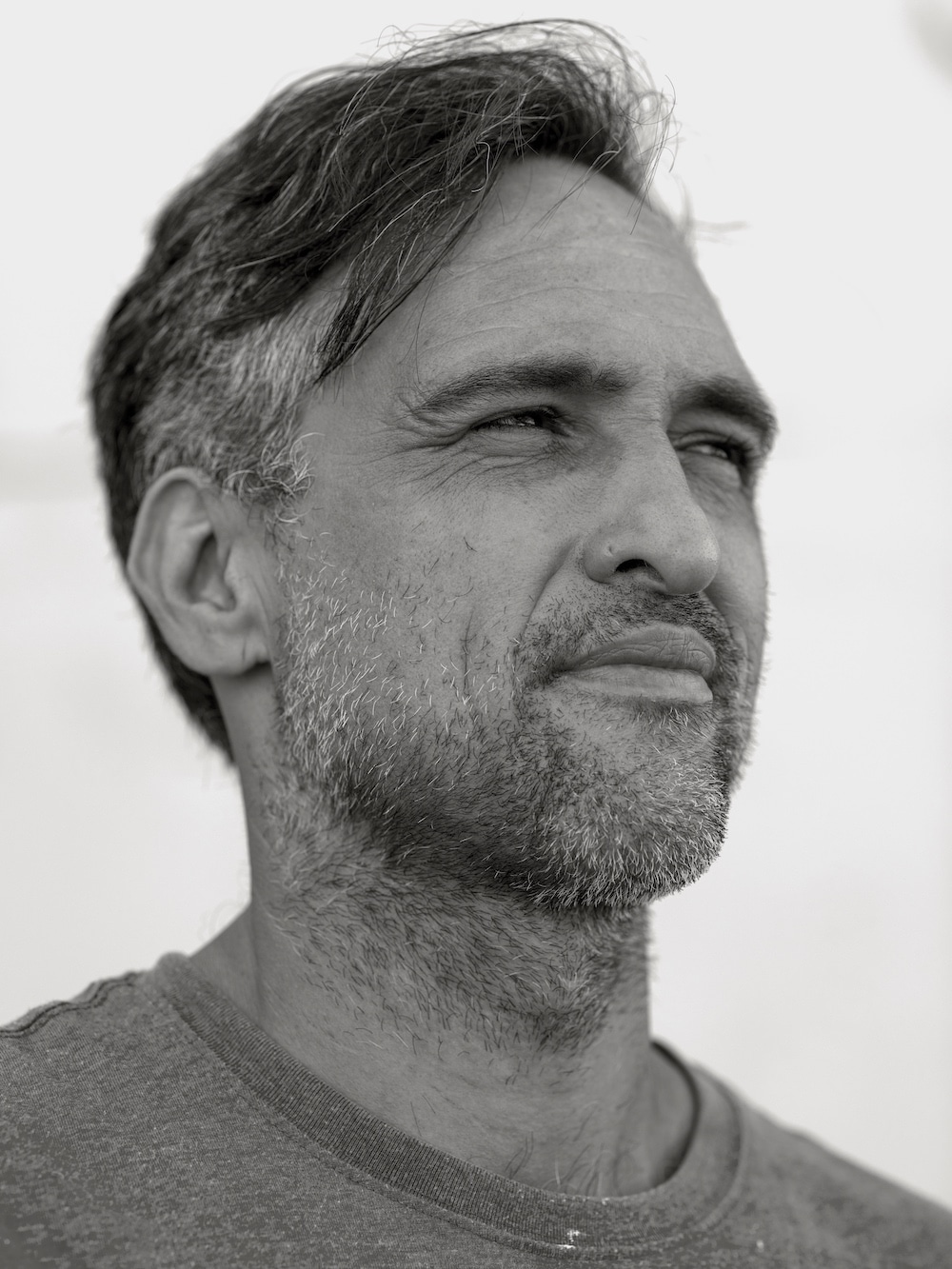 Solomon Robert Nui Enos is a Native Hawaiian artist who learned about activism and community transformation growing up on a nonprofit farm, Ka‘ala Farm and Cultural Learning Center in Waiʻanae.

“One of the themes that I am grappling with as an artist is that Hawai‘i is a beautiful and heavily exploited cog in a political, economic machine. . . . Something like water contamination, the military will look at it from a geopolitical scale. [For instance,] ‘We’ll take this collateral damage because it is going to justify our new front that we’ll have against China.’ It is a thousand-year problem that we haven’t solved yet . . . the fact that people have normalized the idea that there will always be war. We’ve only been fighting one war for thousands of years, we just take turns fighting it, but it’s the same conundrum.”

Engineers at the Board of Water Supply have been frustrated by the lack of communication from the navy on the nature and extent of the spills. They have warned that the gasoline and diesel hydrocarbons contaminating the navy’s water system have the potential to spread to the wider aquifer. As a cautionary measure, the Board of Water Supply suspended pumping at the neighboring Aiea and Halawa wells, and urged the navy to decommission the Red Hill Bulk Fuel Storage Facility. Governor David Ige and the Department of Health also recognize the threat of the aging facility and have issued an emergency order requiring the navy to submit a plan to defuel the storage tanks, along with other requirements. Other lawmakers have advocated for oversight from the EPA and/or a complete decommissioning of the facility. Community groups have come together during this water crisis. Although their demands range from increased accountability from the navy to the demilitarization of the Pacific, their main concern is access to clean water for everyone. 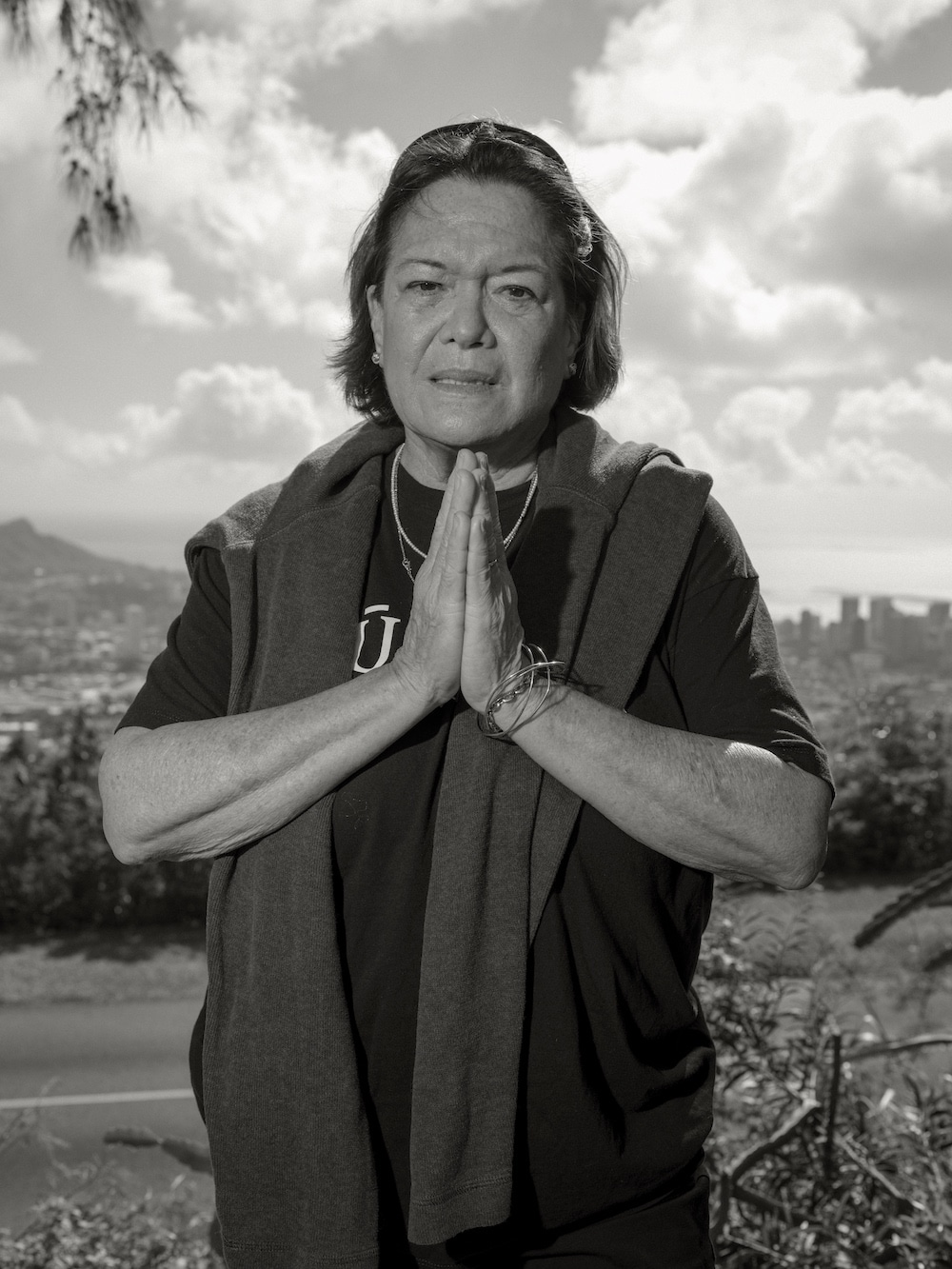 Meleanna Aluli Meyer is a Native Hawaiian artist and educator who has been advocating for environmental issues for decades.

“The fuel tanks [need to be] drained, now. And then let the navy figure out how they are going to get these monstrosities out of the ground. They should have never been there in the first place. Everyone who lives in Hawai‘i is affected by this. Without water, we can’t exist. There is no getting around that. There is no fixing it later. This is an issue now that needs to be solved now, not in ten years, not in twenty years, but now.” 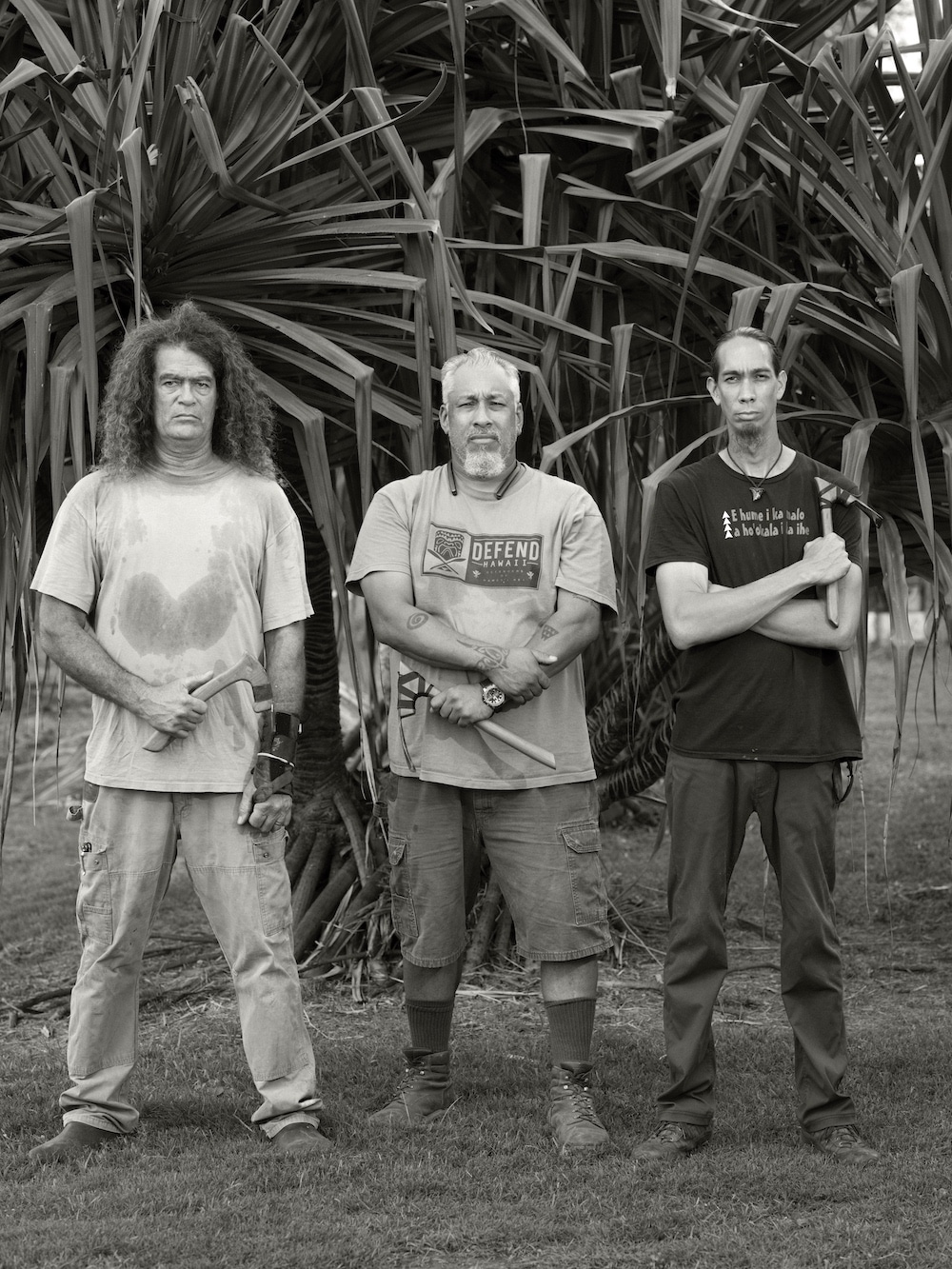 “It is our kuleana—our responsibility and our authority—to ensure that we [the Hawaiian community] are taking leadership and that we have a clear voice on this issue. We formed a coalition and engaged in direct action to build a ko’a (ceremonial altar) to gather the people together and invoke the healing powers of Kāne I Ka Wai Ola (the god of life-giving water) to heal and protect our water, the people, and ultimately the land. . . . We’re fighting for everyone’s safety. The potential for long-term, perhaps permanent damage to our aquifer is real. We need to take this seriously. Everyone is impacted. And we need everyone’s help.”

Laurel Nakanishi grew up on the waters of O‘ahu’s aquifer. She is a poet, educator, and author of the book, Ashore. www.LaurelNakanishi.com

Phil Jung makes photographs of the American social landscape, exploring identity through personal space and locality. He received a BFA from the San Francisco Art Institute (1998) and an MFA from the Massachusetts College of Art and Design (2009). His first monograph, Windscreen, is forthcoming from TBW Books. He currently lives and works in Honolulu, Hawai‘i, teaching undergraduates at the University of Hawai‘i at Manoa. www.jungphil.com