AROUND THE WORLD, people in grassroots resistance movements are defending communities on the frontlines of climate change and industrial fossil fuel production—the extraction, transportation, and burning of oil, coal, and natural gas. The prints in this project, a collaboration between CultureStrike (a migrant-led arts and social justice organization) and the Justseeds Artists’ Cooperative (a network of environmentally minded, social justice artists), document and amplify the work of these communities, bringing new voices to bear on the environmental movement.

Recognizing that the fossil fuel industry’s impact on people and the planet is dire, and that communities of color most often bear the brunt of it, CultureStrike and Justseeds paired migrant, indigenous, and environmental artists with organizations from threatened regions around the United States—from First Nations defending their land from energy conglomerates to activists trying to prevent the construction of pipelines. The images created by these collaborative efforts tell the stories of communities facing industrial extractive industries, as well as the organizations building resilience to stand against these industries and to create alternative, sustainable futures.

This collection of work, which will travel to schools, galleries, and museums, strengthens and supports environmental justice movements. And in engaging and giving voice to artists who might not otherwise have seen themselves as agents of change, it may have the power to move the climate conversation in a new direction. 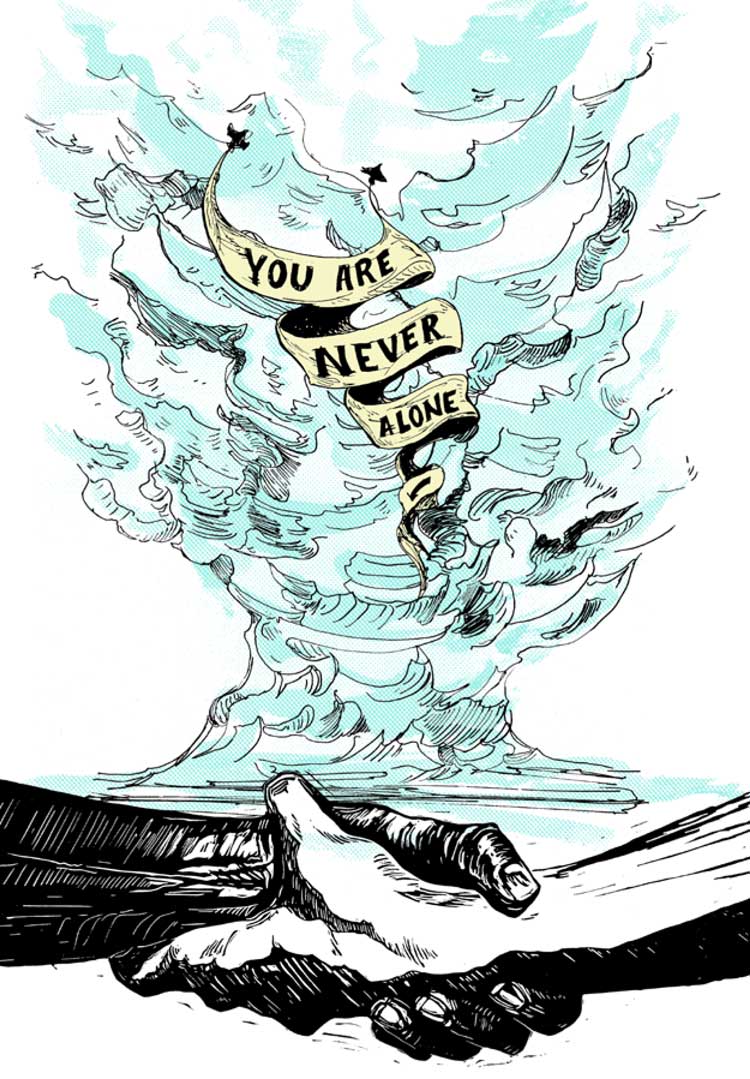 By Pete Railand, in collaboration with Occupy Sandy. 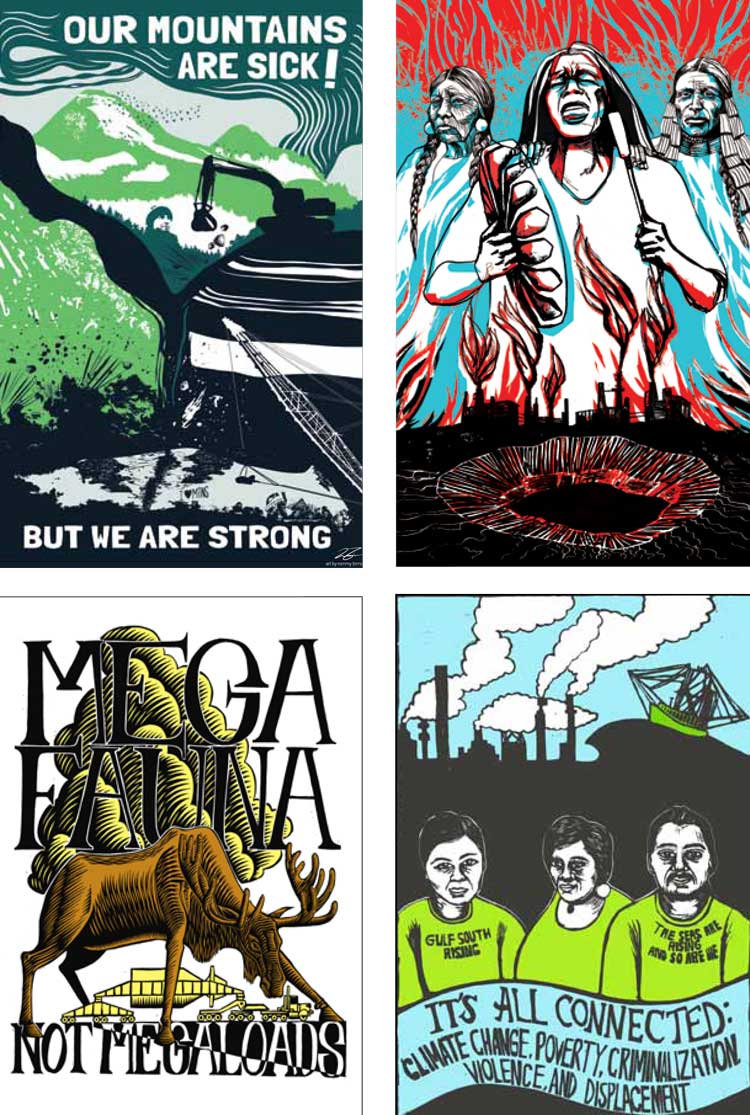 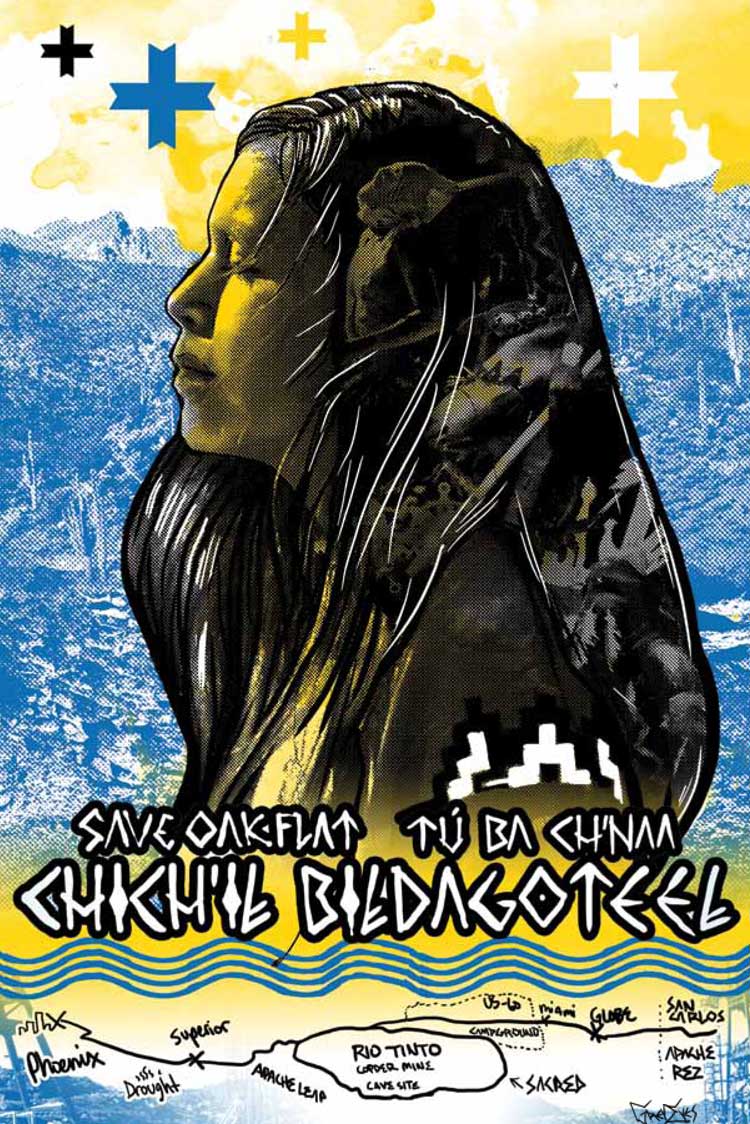 By Thomas Greyeyes, in collaboration with the San Carlos Apache. 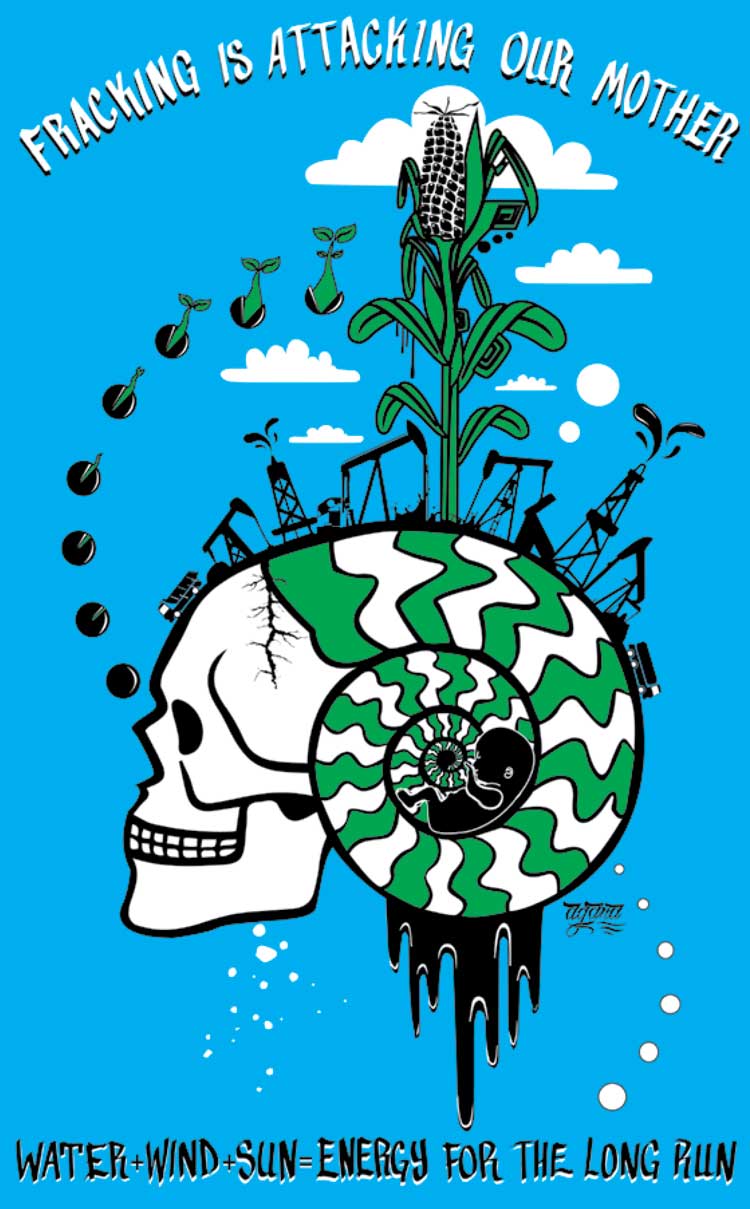 By Agana, in collaboration with the Southwest Worker’s Union.