UPRIVER (Summer 2021) explores the origin of Union Carbide, one of the twentieth century’s major plastics manufacturers. While writing the essay, I looked to the poetry of Muriel Rukeyser who, seven decades earlier, traced the legacy of another division of Union Carbide (then known as Carbide and Carbon), which dealt mainly with ferroalloys, metallurgy’s corollary to organic chemistry’s plastics: fused metals, iron merged with, say, silicon or manganese.

“Who runs through the electric wires? Who speaks down every road?”

In the 1930s, ElectroMet, a Carbide subsidiary, undertook a hydroelectric project to power a second ferroalloy plant along the Kanawha River. The company dammed and burrowed a river three miles through an ancient, silica-rich mountain—creating the Hawks Nest tunnel. That way, the river could drive the turbines needed to electrify its massive arc furnaces, which would melt and meld metals into alloys. All are still in use today, working as designed, as a trinity, Catherine Venable Moore told me, who wrote about Hawks Nest in her award-winning essay about Rukeyser and the tunnel, “The Book of the Dead.”

An estimated 764 tunnel workers died from its construction—likely more over time. Most were Black men who traveled from out of state searching for work during the Depression. But the tragedy of the Hawks Nest tunnel doesn’t reside in the nation’s collective memory. Given what was known at the time about silica dust, about silicosis and its prevention, their illnesses and deaths were not only tragic, but also negligent and racist—the failure to notify next of kin, the unmarked graves, the outright corporate denial before courts and Congress, the defacement of photographic records, the rewriting of history, the absence (for decades) of any public marker. All of this created the conditions for forgetting, for positioning the company to rewrite its own history while erasing the lived experiences of those lives bound up within this infrastructure. 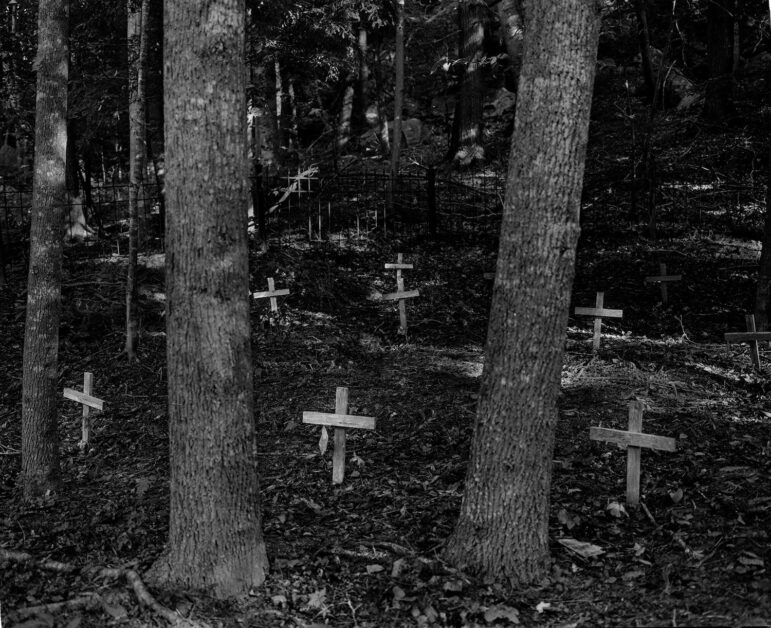 As the tunnel was built, just downriver another Carbide subsidiary was developing a new species of petrochemicals and, from them, the next generation of plastics, including vinyls. Thanks to Rukeyser’s influence, researching this history made me wonder: who sings from the resins?

Thompson’s photography showed me who toiled to tunnel the New River through Gauley Mountain so that Carbide’s subsidiary could power its furnaces. So their furnaces could fortify metals, which among many uses, went on to make giant reactors of the kind strong enough to forge petrochemicals and plastics.

“How should we remember you?” Thompson asks in a video about the making of Appalachian Ghosts:

Using archival images, he re-individuated the laborers, often depicted in depersonalizing groups, and reprinted their likeness in lifesize portraits so that viewers today could stand among them, eye to eye, in order to, as he said, “feel their presence. In another series, Thompson staged portraits clouded by plumes of the mountain’s ambient skin-clinging, lung-slicing white dust.

“The few people caught in the photographic archive were often nameless and voiceless workers. Specifically, I’m looking at what has been left out of African American visual history, which, to date, has mainly been documented with a colonial gaze. From this standpoint, I have sought to recreate work that has been informed by and made from historical documents and photographs.

My research also focused on working with nonvisual resources that inspired the creation of new works. I researched news clips, letters, poetry, and other cultural resources looking for information that described the experience of working in the tunnel. I was particularly struck by a segment from a poem in Muriel Rukeyser’s book The Book of the Dead called ‘George Robinson: Blues:’

As dark as I am, when I came out at morning after the tunnel at night
with a white man, nobody could have told which man was white.
The dust had covered us both, and the dust was white.

Rukeyser’s book, along with other primary-source documents, inspired a series of images here that focuses on the silica dust that covered everything at the work site.

Eventually, I learned that the same silica covering these men—and would eventually cause the deaths of hundreds of workers—was also used in metal processing at a plant downriver from the Hawks Nest tunnel site. The products produced there, a few miles away, would become a part of a holy trinity of metal, petrochemicals, and plastics that have haunted this region for generations.”

If plastics are a river flowing inexorably to the sea, as Fortune suggested in 1941, it can also be said that plastics are a material with many source waters. They are made from the confluence of multiple technologies and ideas, both social and scientific.

But too often plastics history is told as a disconnected series of flash-in-the pan discoveries, by glorifying plastics’ “firsts” and “founders” and “fathers.” Such histories miss the larger context in which plastics became a possibility, then a mass product, and, now, a global problem. They overlook the multitude of lives, often racialized lives, entangled in an extensive web that plastics cast over industrial river valleys throughout the world. 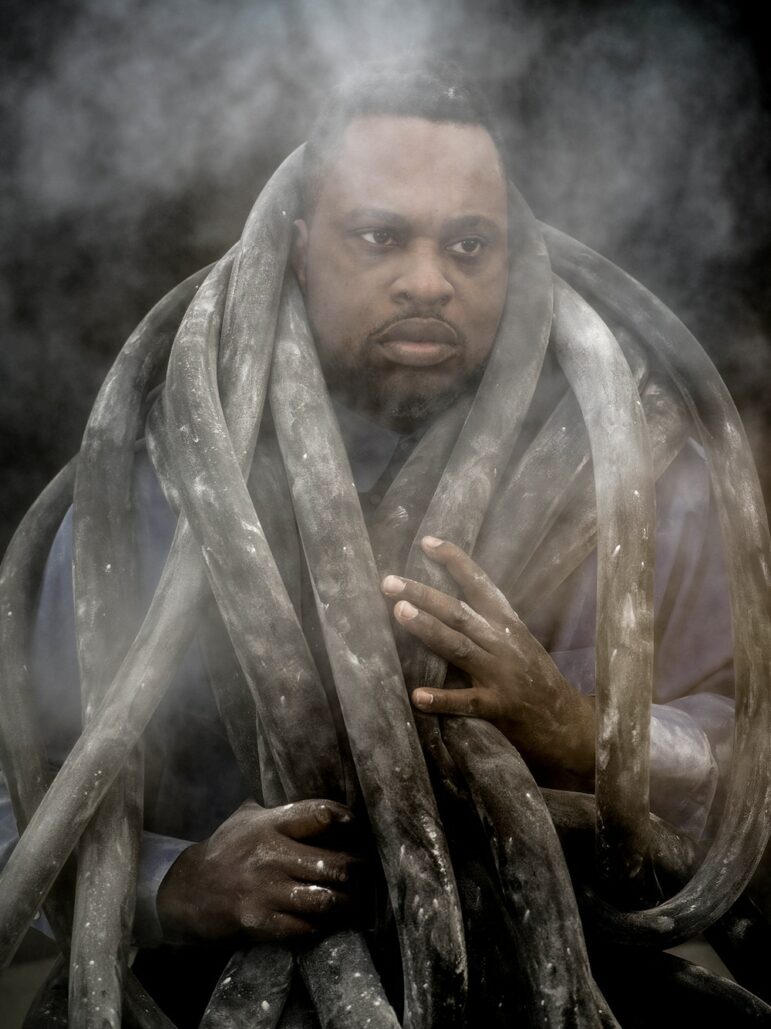 Thompson honors “the history of those left behind.” Deliberately, he celebrates their lives, their American experience, as he put it. All to correct “historical amnesia,” to counter the institutionalized erasure, gaps in the archival record that feed into partial and damaging histories parceled into boxes, when in fact the histories interconnect: energy systems with metals with chemicals with plastics with racism with warmaking with nationalism.

Raymond Thompson Jr. is an artist, educator, and journalist based in Austin, TX. He is Assistant Professor of Photojournalism at University of Texas at Austin. He has an MFA in photography from West Virginia University. He received his Masters degree from the University of Texas at Austin in journalism and graduated from the University of Mary Washington with a BA is American Studies. He received the 2020 Lenscratch Student Prize. He has worked as a freelance photographer for The New York Times, ACLU, Politico, NPR, The Nature Conservancy, The Intercept, NBC News, Propublica, WBEZ, Google, Merrell, and the Associated Press.