David Quammen is a science, nature and travel writer and the author of fifteen books, five of them fiction. He wrote a column, called “Natural Acts” for Outside magazine for fifteen years. His articles have also appeared in National Geographic, Harper’s, Rolling Stone, the New York Times Book Review and other periodicals. In 2013, Quammen’s book Spillover was shortlisted for the PEN/E. O. Wilson Literary Science Writing Award. He lives in Bozeman with his wife, Betsy Gaines Quammen, a conservationist, who is currently doing a Ph.D. in environmental history at Montana State University, and their family of large white dogs and a cat. His new book project, begun in late 2013, involves molecular phylogenetics and the idea of the Tree of Life. 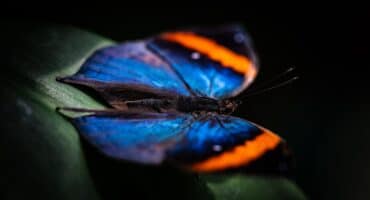 Editor’s Note: This story is from Orion’s Spring issue, 1997. We are unlocking this archive piece to celebrate the release of The Book of Bugs, on sale now.  ON JUNE 4, Continue reading →