John T. Price is the author of the memoirs Daddy Long Legs: The Natural Education of a Father (Trumpeter Books/​Shambhala Press, 2013); Man Killed by Pheasant and Other Kinships (Da Capo Press, 2008; paperback released by University of Iowa Press, Spring, 2012) and Not Just Any Land: A Personal and Literary Journey into the American Grasslands (University of Nebraska Press, 2004). He is the editor of the nature anthology The Tallgrass Prairie Reader (University of Iowa Press, 2014). Born in Fort Dodge, Iowa, in 1966, he attended the University of Iowa, where he earned his B.A. in Religion, M.F.A. in Nonfiction Writing and Ph.D. in English. A recipient of a fellowship from the National Endowment for the Arts and other recognitions, his nonfiction writing about nature, family, and spirit has appeared in many journals, magazines, newspapers, and anthologies including Orion, The Christian Science Monitor,Creative Nonfiction, The Iowa Review, and Best Spiritual Writing 2000. He is a Professor of English at the University of Nebraska at Omaha, where he directs the nonfiction writing program. He lives with his wife, Stephanie, and three sons in the Loess Hills of western Iowa. 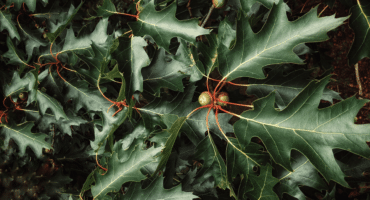 DEAR SELECTION COMMITTEE MEMBERS, I am writing to formally apply for the Exceptional Research Grant sponsored by your esteemed organization. I’d like to begin by expressing my sincere gratitude for offering Continue reading →

7 Animals That Should Never Be Allowed to Go Feral

1. KOI When contained in Japanese-style water gardens, these colorful carp are a symbol of love and friendship. When released into wild ponds and waterways, they become a destructive terror, outbreeding Continue reading →

Several weeks ago I was having a driveway conversation with my neighbor, Todd, when we were interrupted by loud chittering noises. We turned and saw a red fox squirrel chasing a Continue reading →