Richard Nelson was a cultural anthropologist and creative nonfiction writer whose work focused on human relationships to the natural world. He was born in Madison, Wisconsin, attended the University of Wisconsin, and received a doctorate in Anthropology from the University of California, Santa Barbara. He wrote and narrated Encounters Programs since the series began in 2004. Over the following years, he lived in Alaskan native villages, helping to record the cultural traditions and intellectual achievements of Inupiaq Eskimo and Athabaskan Indian people. Based on these experiences, he wrote Hunters of the Northern Ice, Hunters of the Northern Forest, Shadow of the Hunter, Make Prayers to the Raven, and The Athabaskans. He was Associate Producer and Writer for an award-winning Public Television series about Koyukon Indian life, titled Make Prayers to the Raven.

Nelson also wrote more broadly about people and the environment. These works included The Island Within, a personal journey into the natural world surrounding his home, which received the John Burroughs Award for nature writing, and a subsequent book, Heart and Blood: Living with Deer in America, which explored the complex and often controversial relationships between people and deer, which received the 1998 Sigurd Olson Nature Writing Award. He was also co-author (with Barry Lopez and Terry Tempest Williams) of Patriotism and the American Land. 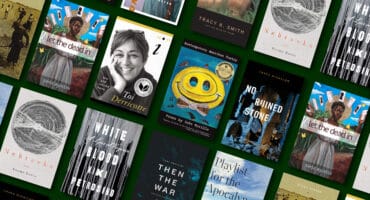