Sonia Shah is a science journalist and prize-winning author. Her writing on science, politics, and human rights has appeared in the New York Times, the Wall Street Journal, Foreign Affairs, Scientific American and elsewhere. Her work has been featured on RadioLab, Fresh Air, and TED, where her talk, “Three Reasons We Still Haven’t Gotten Rid of Malaria” has been viewed by over 900,000 people around the world. Her 2010 book, The Fever, which was called a “tour-de-force history of malaria” (New York Times), “rollicking” (Time), and “brilliant” (Wall Street Journal) was long-listed for the Royal Society’s Winton Prize. Her new book, Pandemic: Tracking Contagions from Cholera to Ebola and Beyond, is forthcoming from Sarah Crichton Books/Farrar, Straus & Giroux in February 2016. 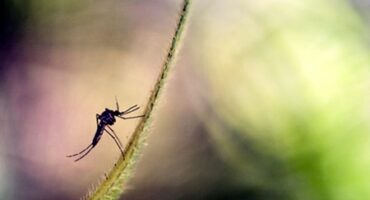 MY FATHER PROBABLY WASN’T THE ONLY PARENT in our southern New England town to entertain his children by chasing them around the house pretending to be a scary monster. But he Continue reading →