Tim DeChristopher is a climate activist who, in 2008, disrupted a Bureau of Land Management oil and gas auction by outbidding oil companies for parcels around Arches and Canyonlands National Parks in Utah. Imprisoned for twenty-one months for his actions, he has used his platform to spread the urgency of the climate crisis and the need for bold, confrontational action to create a just and healthy world.

Wendell Berry lives and works with his wife, Tanya Berry, on their farm in Port Royal, Kentucky. An essayist, novelist, and poet, he is the author of more than thirty books. Berry has received numerous awards, including the T. S. Eliot Award, the John Hay Award, the Lyndhurst Prize, and the Aiken-Taylor Award for Poetry from The Sewanee Review. His books include the classic The Unsettling of America, Andy Catlett: Early Travels, and The Selected Poems of Wendell Berry. 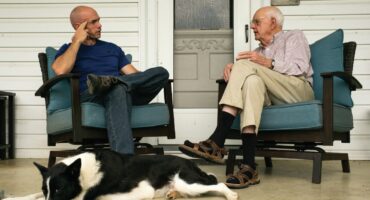 To Live and Love with a Dying World

IN THE SUMMER OF 2019, the climate activist Tim DeChristopher sat down with Wendell Berry. Berry is a poet and activist, author of over forty books, a recipient of the National Continue reading →