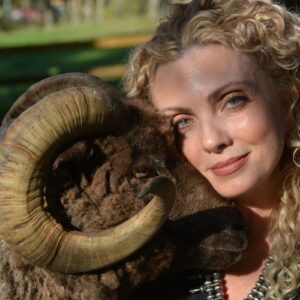 In a time of great anxiety both social and environmental, how can we foster a literacy of non-human beings? What might they have to teach, and provided animals do have something to say to us, how might we listen? How might we move beyond video clips and zoology texts to get a sense of a living beast, each entirely complex and individual, real and breathing now? What words might we find to accurately depict their struggles without anthropomorphizing them or using them as metaphors for our own emotions? What words might we find to help save what’s left of them, to have art serve in stewardship, bringing awareness to animals and protecting them at the same time? This course will seek answers to these questions and more. With a diligent mix of research, observation, and an exploration of your own memories, dreams, and real-life interactions, we’ll deepen our awareness of all things fauna. Together, we’ll discuss poems and essays by others but also find our own poems that might bridge the divide between our kingdom and theirs.

About the Instructor: Nickole Brown received her MFA from the Vermont College, studied literature at Oxford University, and was the editorial assistant for the late Hunter S. Thompson. Her first collection, Sister, a novel-in-poems, was published in 2007 with a new edition reissued ten years later. Her second book, a biography-in-poems about her grandmother called Fanny Says won the Weatherford Award for Appalachian Poetry. Currently, she teaches periodically at a number of places, including the Sewanee School of Letters MFA Program. She lives with her wife, poet Jessica Jacobs, in Asheville, NC, where she volunteers at several different animal sanctuaries. Since 2016, she’s been writing about these animals, resisting the kind of pastorals that made her (and many of the working-class folks from the Kentucky that raised her) feel shut out of nature and the writing about it. Her work speaks in a Southern-trash-talking way about nature beautiful, damaged, dangerous, and in desperate need of saving. To Those Who Were Our First Gods, a chapbook of these first nine poems, won the 2018 Rattle Prize, and her essay-in-poems, The Donkey Elegies, was published by Sibling Rivalry Press in 2020. Photo by Donald Schuster.