Four years ago I lost hearing in one ear while backpacking in western Montana.

Despite many visits to doctors, acupuncturists, and naturopaths, the cause of the loss was never fully determined. It was an uncertain, worrisome, vertigo-spinning time out of which came my essay in Orion’s Spring 2019 issue, “The Silent Labyrinth.”

All these years later, I still can only hear muffled, underwater sounds in my left ear. The vertigo has subsided and I am adjusting to living in a hearing world with only one “good” ear. 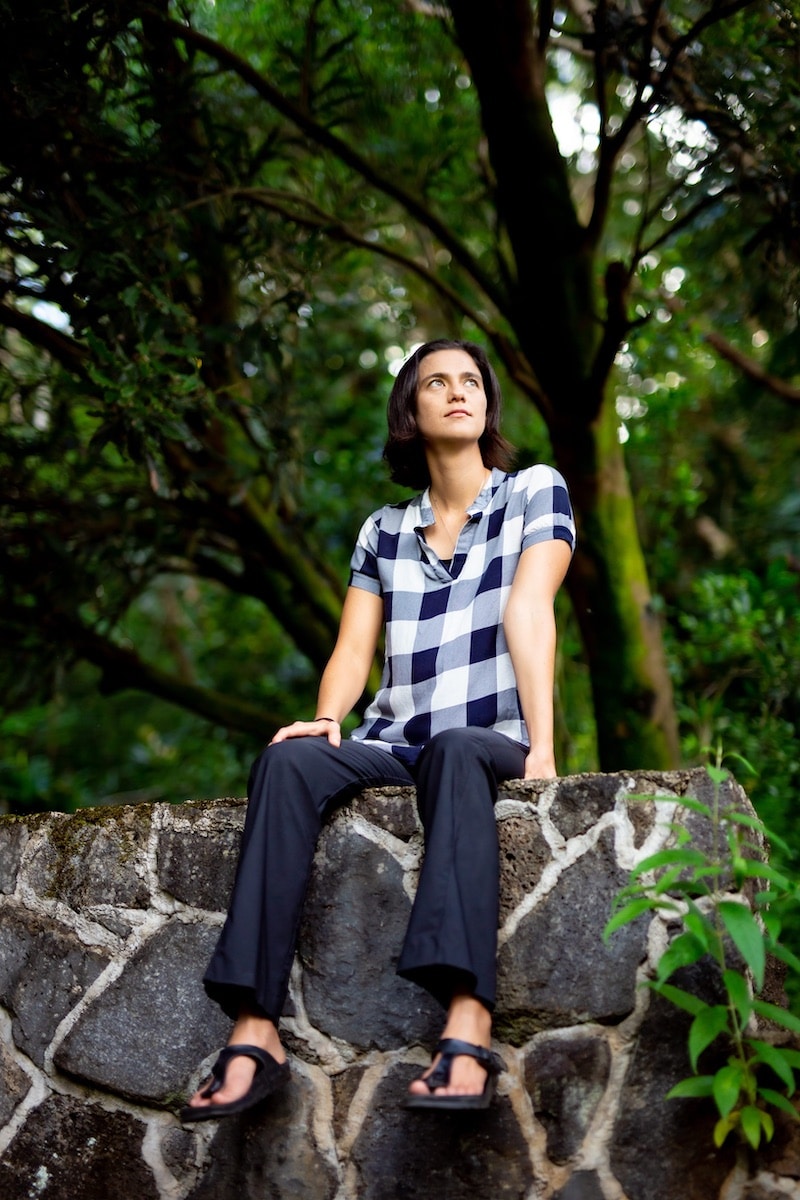 My mentor, Peruvian poet Eduardo Chirinos, was also hard of hearing. He used to say that this made him draw nearer to the ones he loved. He encountered the world as a poet, looking for windows and doors to new experiences. “Aguzar ese oído,” he advised. Sharpen that ear and listen to new things, to the inner ear that is knocking at our door. “Se nos presente con humildad.” It appears before us with humility to offer its gifts.

Eduardo has since passed away, and the hearing in my left ear has not returned. Still, I try to heed my mentor’s advice and encounter the world with wonder and gratitude. One of the gifts my left ear presents is the necessity of listening closely and deeply, questioning the sounds I once assumed to know in an instant. Now, I must pause and really focus on the distant siren, the bird call, or a child’s voice. 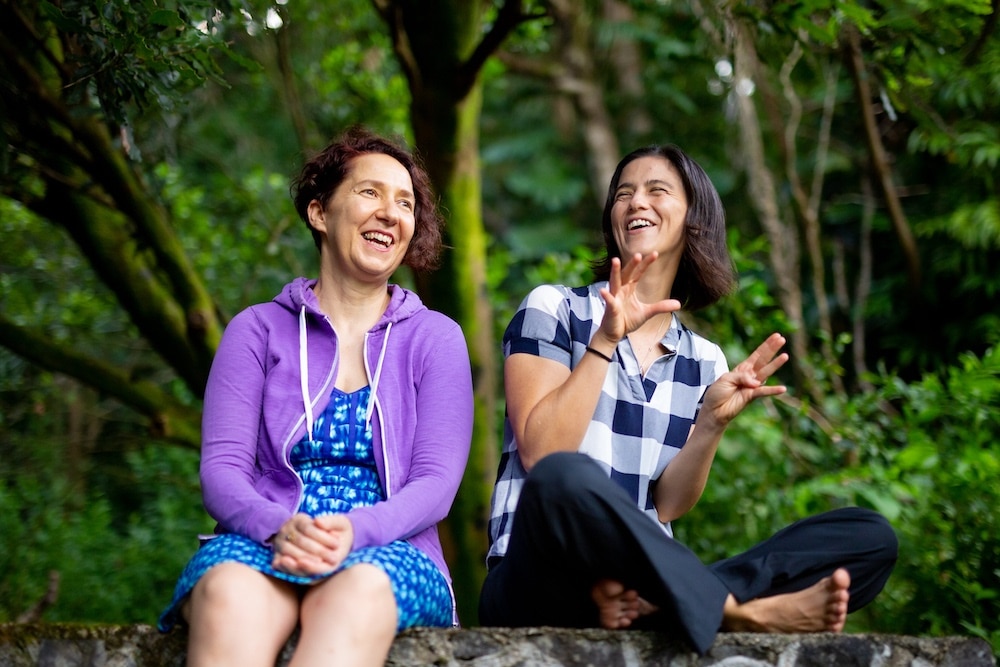 I believe that sound artist Gretchen Jude also listens in this way. Here, we collaborated on a sound piece that reflects and ripples back my experience with hearing loss. We met over a series of weeks in Mānoa Valley on the island of O‘ahu—our home. Photographer Gen Fujitani captured some of these creative moments in the forests of Mānoa.

Listening to Gretchen’s work, I am flooded with memories: learning to read by breaking familiar words into phonic parts; waves of overlapping sound at parties and noisy restaurants that make me feel foreign to myself; nodding politely without really understanding; and those moments when, threatened with nothing (no sound, no hearing), I wanted everything, even the ugly, even the horrible buzz or blare.

Those sounds too, all of them, are beloved. 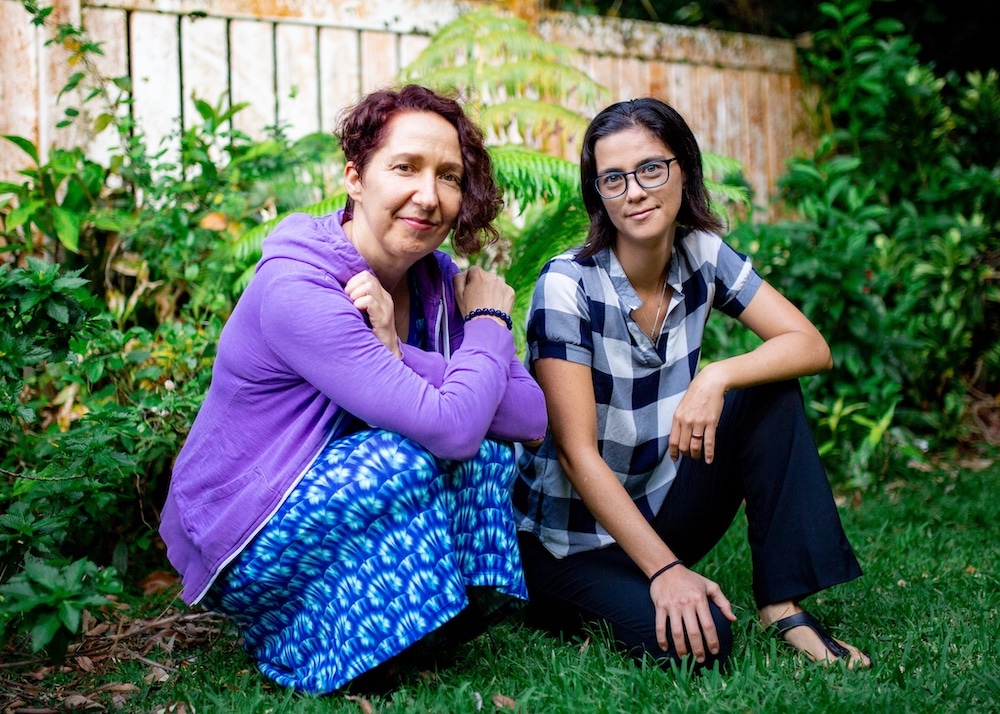 Gretchen Jude is an experimental composer and performer born and raised in Idaho. Growing up in Idaho inspired Gretchen’s improvisatory style of interaction with earthly environments, from urban to wilderness ecologies. Gretchen worked extensively with choreographers and filmmakers, most recently on the soundtrack for the award-winning documentary, Midnight Traveler. Gretchen has studied a variety of performance practices and holds an MFA in Electronic Music & Recording Media from Mills College, a P.h.D. in Performance Studies from University of California, Davis, and certifications from the Sawai Koto Institute (Tokyo) and the Deep Listening Institute (New York).  Gretchen’s work has been released on Full Spectrum, Susu Ultrarock, and Edgetone Records. More at: www.gretchenjude.com.

Laurel Nakanishi was born and raised in Honolulu, Hawai‘i.  Through her work as a writer and educator, she has lived in Montana, Nicaragua, and Japan. She is the author of the Berkshire Prize winning poetry book, Ashore, forthcoming from Tupelo Press. Her poetry and essays have appeared in national literary magazines and a chapbook, Mānoa|Makai. Laurel has been fortunate to receive grants from the Fulbright Foundation, Japan-US Friendship Commission/National Endowment for the Arts, and Wrolstad Foundation. Laurel received her MFA in poetry from the University of Montana and her MFA in creative nonfiction from Florida International University.  She lives with her family in Honolulu, Hawai‘i. For more: www.laurelnakanishi.com.

Orion remains 100% ad-free with the support of subscribers and donors like you.