To describe the photographer Art Wolfe as “prolific” would be an understatement. For five decades, his photographs have been recognized around the world for their mastery of color, composition, and perspective. Based in Seattle, Washington, Wolfe has worked on every continent on the planet, and his photos are included in hundreds of publications and dozens of books. William Conway, former president of the Wildlife Conservation Society, named Art Wolfe the “most prolific and sensitive recorder of a rapidly vanishing natural world.”

Orion first published Wolfe’s work in 1992, and he has become a regular contributor ever since. His most recent contribution for our Winter 2019 cover image (above) made us curious: Who is this creature? What’s the backstory? What did s/he smell like? Why the serious gaze? We thought that, by asking, we might also ask to learn a trick or two about photography. Wolfe was generous enough to supply answers to both, and more.

NT: I hear king penguin chicks smell like ammonia and rotting shrimp. True story? Tell us how you captured this cover image.

The image was taken back in the days of film. I was working on a book project called The Living Wild, and this brought me to South Georgia Island. I had been there before, but instead of working off a ship for a couple days, my photo assistant and I were dropped off by an expedition vessel and were supposed to be picked up several days later by another.

While this was to ensure that I had the time the get the photos I wanted, it was enough of a risk that I actually had to take out a separate insurance policy in case I had to be airlifted out. The seas are a problem there, and, if it was too rough, there was a chance a boat couldn’t get in to pick us up.

We set up tents above the high tide line and proceeded to film through inclement weather. Between the howling winds and the elephant seal pups bumping into the tents at night, we barely got any sleep. But it was an exhilarating experience being alone with hundreds of thousands of penguins and seals.

The place was teeming with life, and no animal I found there was afraid of humans. In fact, it was the other way around. After a while you become inured to the awful smell of penguin excrement—it’s pungent and nasty, but it does come out in the wash…barely!

Your very first images in Orion were published in the Summer 1992 issue. CO2 in the atmosphere in 1992 hovered around 350 ppm. How has your photography evolved over time since this first image?

My whole system has changed along with the entire photography industry. In the early 2000s, I switched from film to digital, which enables me to travel lighter. While I’ve led a well-lived life, I do have a feeling of urgency that cultural traditions and the wild planet are being overwhelmed by commercialism and climate change. It is tougher and tougher to find true authenticity on the planet.

Do you remember the first photo you saw that you were deeply moved by?

I remember being deeply moved by Ray Atkeson’s color photo of Mount Hood. It was a very traditional mountain shot with golden light and a blurred reflection. My tastes have changed since then, but when I saw it for the first time, I knew that was the type of moment I wanted to capture in my photography.

Do you remember the first photo you took?

My first wildlife photo was a moose I captured with a Brownie Fiesta when I was at a summer camp. There was an enormous bull moose feeding in the camp lake. Not content with a speck in the frame shooting from shore, I absconded with a canoe and paddled towards him. When he’d dip his head under the water to feed, I’d get closer and then freeze when his head came up, figuring he’d never catch on. I managed to get a few good close-up shots before he caught on and bounded out of the water and into the woods. Later, at a party with the kids and parents, I brought my prized prints in an envelope, along with the negatives to show off, only to have the photos disappear by the end of the night. Somewhere, someone out there has these original Art Wolfe wildlife images!

How has Orion met you over the years? In your opinion, what function does the magazine serve for this new decade?

With an eye for design I have always admired Orion, and I have enjoyed working with Orion’s designer Hans Teensma over the years. It is such a rough and tumble media landscape out there, that beauty and thoughtfulness get kicked to the curb. It is so important that magazines such as Orion, which have a philosophical and environmental bent, continue to be published.

It is tougher and tougher to find true authenticity on the planet. 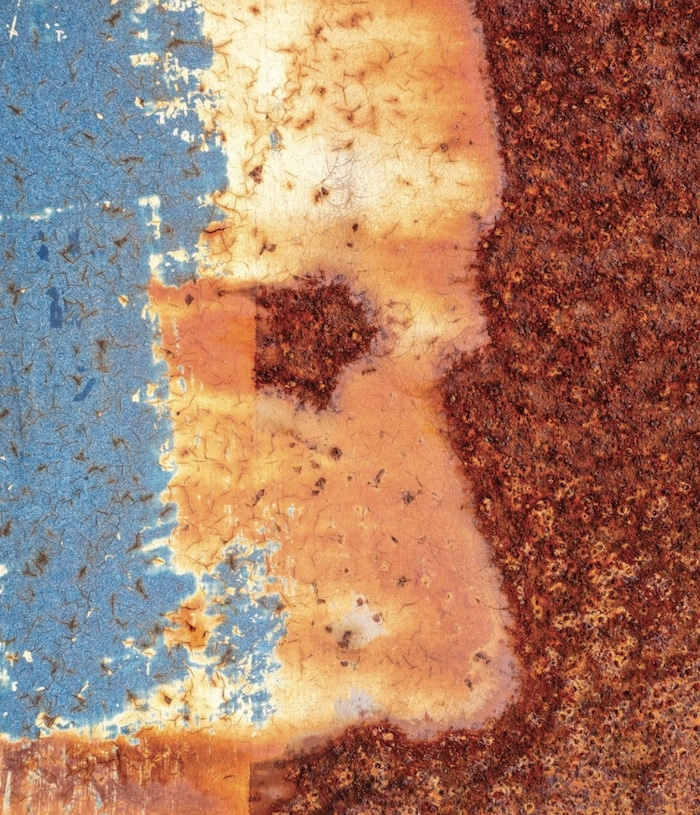 Many of Orion’s readers are also photographers. If you were to deliver us one piece of expert advice to improve their photography, what would that be?

Take a workshop from me or your favorite photographer! But if you can’t do that, I have a whole list of advice:

1. Learn about the place you are visiting, but don’t be wed to preconceived notions of what to photograph.

2. Think small because even in the worst conditions you can still photograph a macro.

3. Try a tripod even though it ads bulk. It forces you to slow down and be more critical about the subject. It also allows for longer exposures.

4. Conversely, don’t be married to a tripod. With today’s high ISO cameras, you can be the roving street photographer and get great shots.

6. Take a lot of photos, especially when photographing animals.

7. Invest in the best lenses you can afford, rather than the camera body; good glass lasts forever, whereas the bodies are constantly being updated.

8. The best light is in the margins of the day; get out early and stay out late for the richest, most dramatic color.

9. Have a detailed packing list and start packing well in advance of your trip so you have time to obtain any necessary items, such as prescriptions, before you go. Don’t forget your adapters!

10. When flying with expensive camera gear, take your camera bag with the majority of your gear in the plane cabin with you. Check big, heavy lenses.

11. Always get trip insurance. Yes, insurance is a gamble. It will add expense to your trip, but it may save you a bundle as well.

12. Acclimatization is critical. Set your watch to the local time of your destination. Try to sleep on the plane or stay awake depending upon the time. Use earplugs, noise-cancelling headphones, and an eye mask.