EACH MONTH, Orion’s poetry editor, Camille Dungy, and friends recommend environmentally engaged poetry collections they think our readers might enjoy. This month we’re honoring Latinx and Hispanic Heritage Month with a fresh list of excellent recent collections from new and familiar poets. Take note and add some to your reading list! 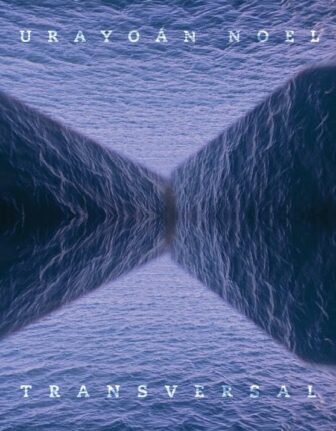 That I am writing this mini-review only in English means I will leave out huge parts of what makes Transversal such a wonder and whopper to read. Moving fluidly between English, Spanish, Spanglish, and even more, this book uses language as a tool (read: monkey wrench; read: hammer; read: carabineer clip; read: steam engine; read: love). If the place we call New York is an archipelago . . . If one of the worst hurricanes in history shares a name with our grandmother . . . If the weight and worth of the bats under Congress Bridge are immeasurable . . . If a short poem written on a plastic bodega bag is a bagku . . . If what at first appear to be translations tell their own stories . . .  If rigidly adhering to received forms allows radical transformation . . . Then this . . . . (University of Arizona Press) 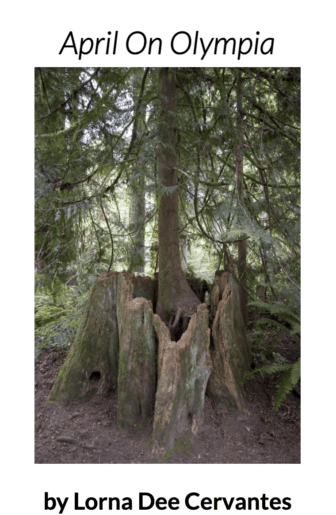 One of the major voices in Chicanx literature will publish a new collection this fall. April on Olympia is a keenly observed, politically charged, uncompromising tour of the poet’s mind and our world. “Save lives,” she writes in “Instruction Manual for the End of the World.” The poems in this collection reveal just what lives are most imperiled and how we might go about protecting them. “This is how / you save the world,” Cervantes declares at the end of one poem. This book might be the instruction manual we all need. (Marsh Hawk Press) 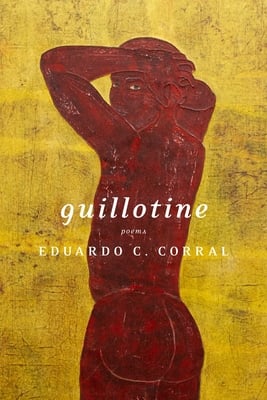 From the Sonoran sands of the desert, the voices of these poems rise. Scarred and scared and thirsty, defiant or duplicitous or dear to someone’s heart, the voices gathered in Corral’s second collection are alive with complex passions, potential, and pride. The landscape in this book is haunted and harrowing and rendered so truthfully it hurts. (Graywolf) 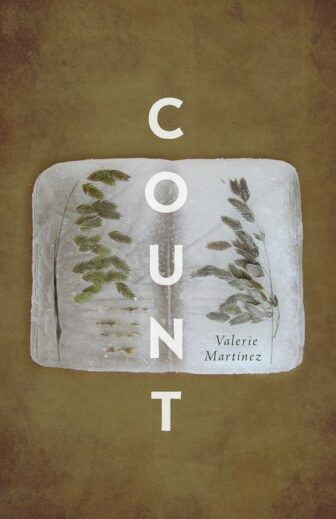 Reading this book feels like looking at the photo album of a well-traveled, warm, and wise woman. In forty-three taut and tender poems, Martinez takes me around the world—to the Atacama desert, Baffin Island on the Arctic Archipelago, and the vast aspen groves of Utah—and all through time. She turns to websites and videos for news about the planet in one poem, and in another she shares the Wintun story of the first appearance of people on Earth. I learned things from these poems, not the least of which is how much empathy, concern, and attention a few couplets can contain. (The University of Arizona Press) 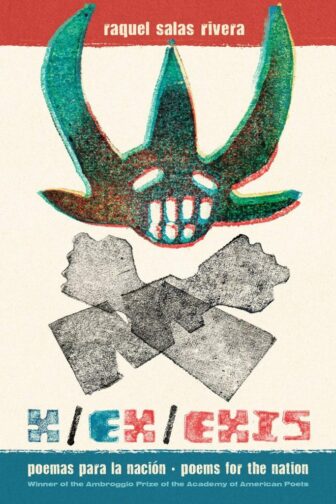 In the first poem in this Academy of American Poets Ambroggio Prize-winning collection, lions turn to snakes turn to spiders. As their cages and tanks grow smaller, the captive animals keep finding new ways to escape. The poems here resist subjugation, colonization, dismissal, and destruction. The poems here, and their animal bodies, spill from a militarized beach—where everything from shells to seagulls have been shot. They defy what would silence and deny them. Growing from strength to strength, they transmogrify. (Bilingual Press/Editorial Bilingüe) 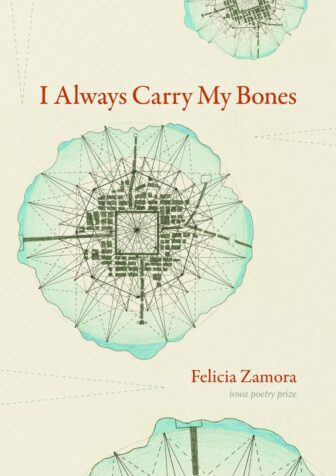 I Always Carry My Bones by Felicia Zamora

The body is alive in these poems. The body is also, sometimes, dead. The body is the human body, and the Palo Verde beetle’s, the desert, a sheep’s, a Galápagos tortoise’s, the hummingbird’s, the coyote’s, many coyotes’, human and inhumane. The body connects us to what we always have been and what we want to be and never can be, what we reach for, and what we are. Who is “we”? These poems want to know the answer to that question, too. (University of Iowa Press) 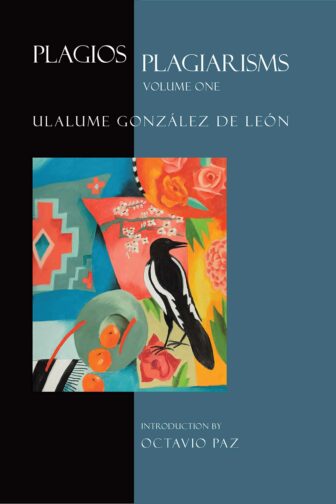 Plagios/Plagiarisms by Ulalume González de León, with an Introduction by Octavio Paz

The English title for one selection in this bilingual presentation of poems is “The Fantastic Animal That Was Sure of Playing One More Part.” That seems like a good way of describing the shape-shifting, colorful, fantastic poems in this collection. Though they are all very short, these poems contain gardens and forests and dreams. Originally written between 1968 and 1971, published in 1978, again in 2001, and now, with English translations, in this 2020 edition, these poems contain what González de Leon calls “the spirit of language,” which means they “speak bird,” “speak wind,” “speak sea.” (Sixteen Rivers Press) 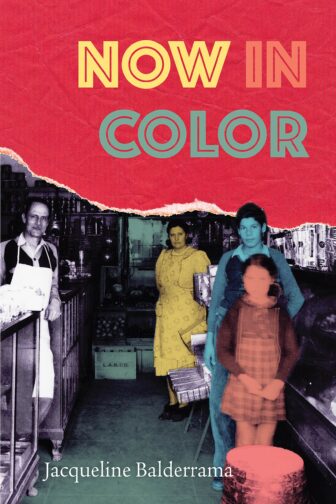 While this book is often about the struggles of ethnic identity, it also embraces environment and the physical earth every step of the way—and why shouldn’t it?  The book seeks to naturally place itself in the real world, even when the real world includes imagination, the book’s poems sometimes speaking to the world and sometimes letting the world itself speak. While the poems get on with their immediate business, an omnipresent dialogue goes on in the background—ocean, desert, fire, lions—and that echo adds a dimension to this book that literally grounds us, whoever we are as readers. (Perugia Press) 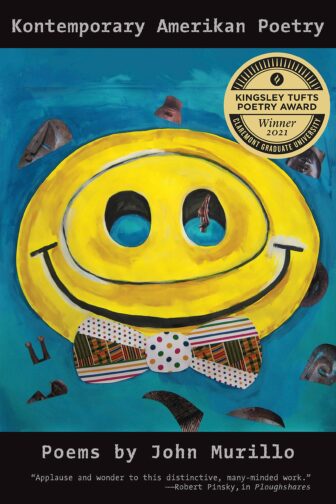 
Kontemporary Amerikan Poetry, like the geography of Los Angeles itself, is located near the mountains, the desert, and the ocean. Winner of the Kinsley Tufts Poetry Award, this exceeding collection of poems has a climate for every reader, and is grounded by an ecological heart. Through Murillo’s dystopian narratives, the lives of Latinx & Black peoples are centered in a multifaceted invocation to poetry. Simultaneously heartbreaking and inspiring, this collection always has ten-toes solid on the fertile turf of Los Angeles. (Four Way Books) 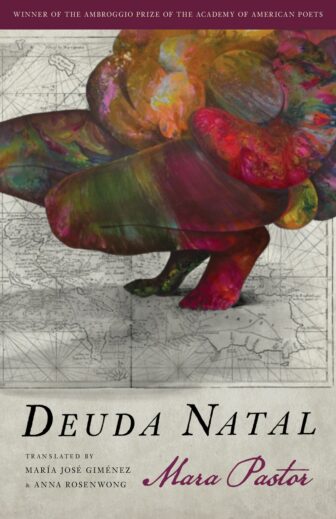 Deuda Natal calls us to carry the environmental disregard and abandon of Puerto Rico and of our entire planet. It is a loss we bundle and hold with care as we look into its face and wonder how and what if and what now? Pastor’s poems are maps to help us make sense of our past and future migrations. Feminism and environmentalism intersect on pages that assess our relationship to nature, materialism, hope, and ourselves as byproducts of history and society. Winner of the 2020 Ambroggio Prize of the Academy of American Poets, Deuda Natal is masterfully translated from Spanish by María José Giménez and Anna Rosenwong. (Arizona University Press) 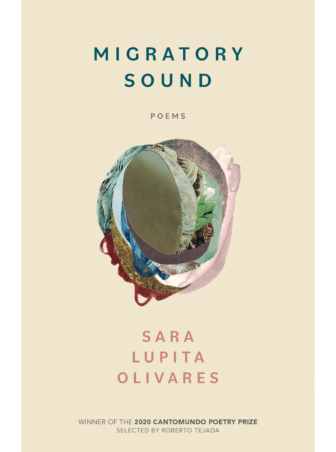 Sara Lupita Olivares writes, “Each small thing that vanishes / takes up more space.” The poems in Migratory Sound (winner of the 2020 CantoMundo Poetry Prize) ache of landscapes omitted, of an inheritance of migration as a “singing still before opening,” and of voices haunted by fields “chewed down until motionless.” The metaphysical, sociocultural, and environmental coalesce in these pages, where the small and silent compound in worlds of hunger, interiority, unplacing, wilderness, and withoutness. Worlds as instinctual as the woods calling animals back, and error is both word and action left to those haunted by etymologies, language, and history. I carry Olivares’ book with me as a spell to cast—a spell to prevent the vanishing. (University of Arkansas Press)