MEREDITH NEMIROV HAS SPENT THE last 30 years walking in the forests of southwest Colorado.

While mainly an observational painter, Meredith’s experience of spending time drawing and painting among aspen trees led her to intense visual explorations of naturally occurring phenomena, reflected in her series Blowdown, which abstractly depicts the mycorrhizal fungi growing beneath the forest floor. Most recently, her series Rivers Feed the Trees uses old topographical maps of Colorado, where she paints the color blue into all the canyons, arroyos, and dry washes to create an abundance of rivers and streams.

“Meredith plays with perspective. She transforms topographic maps–aerial views of our landscape–into both the grounds the trees are planted in and the sky that frames them as they grow vertically. We love what this suggests about the different relationships and connections found in nature,” says a curator from the gallery in Telluride that represents her work.

This visual representation is meant to be akin to an Indigenous rain dance ceremony, a weather-modification ritual that attempts to invoke rain.

Through these works the artist hopes to bring attention to processes occurring in the natural world.

“This past summer of extreme wildfires side by side with the Covid pandemic created a figurative conflagration in the studio which resulted in these works on paper,” Nemirov writes on her website. “It is a process where I am painting a ‘rewatering’ of the landscape.” 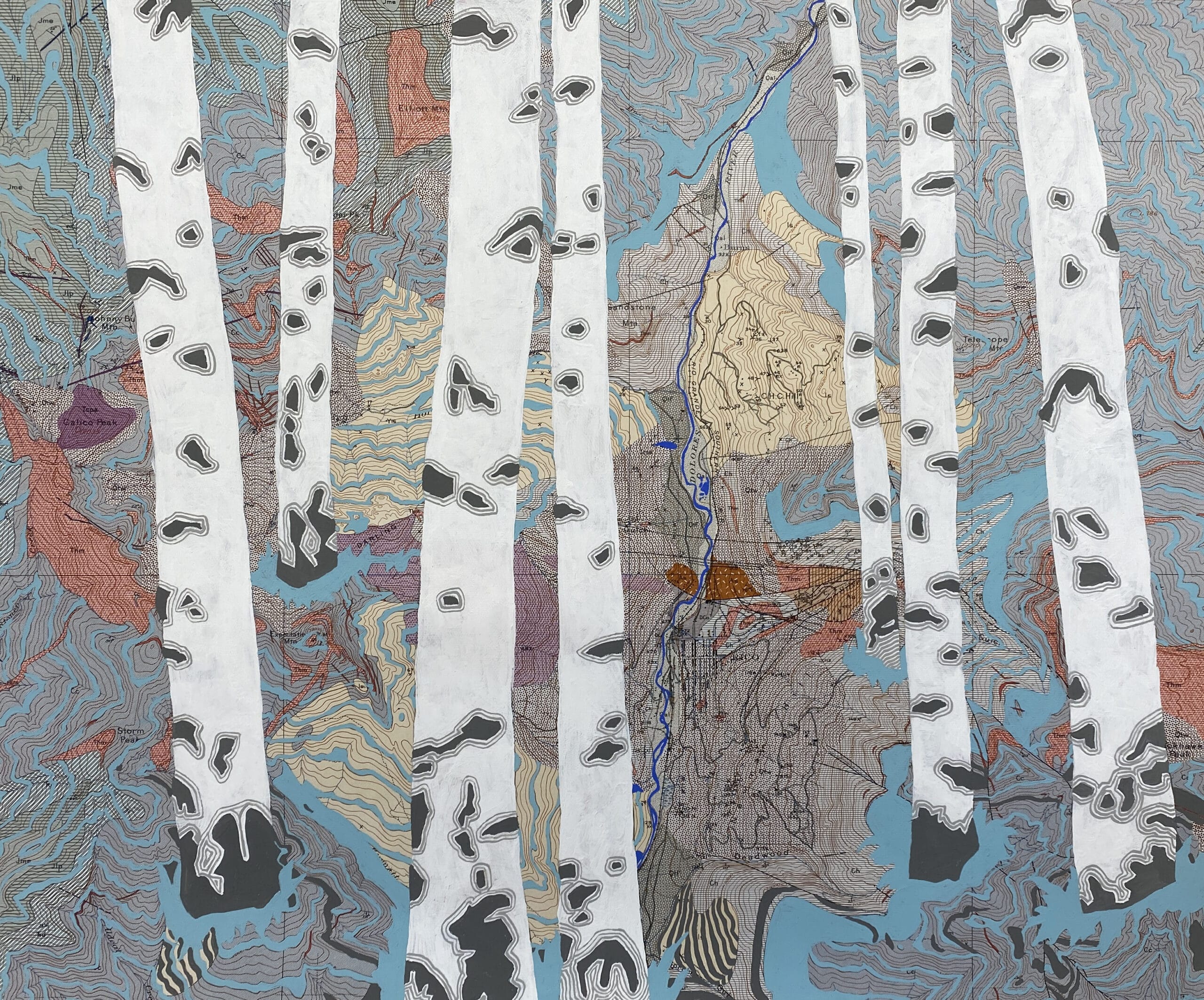 “Working on historic maps showing the topography of Colorado, the image makes a connection between the trees and a multitude of rivers appearing in the surrounding canyons.” 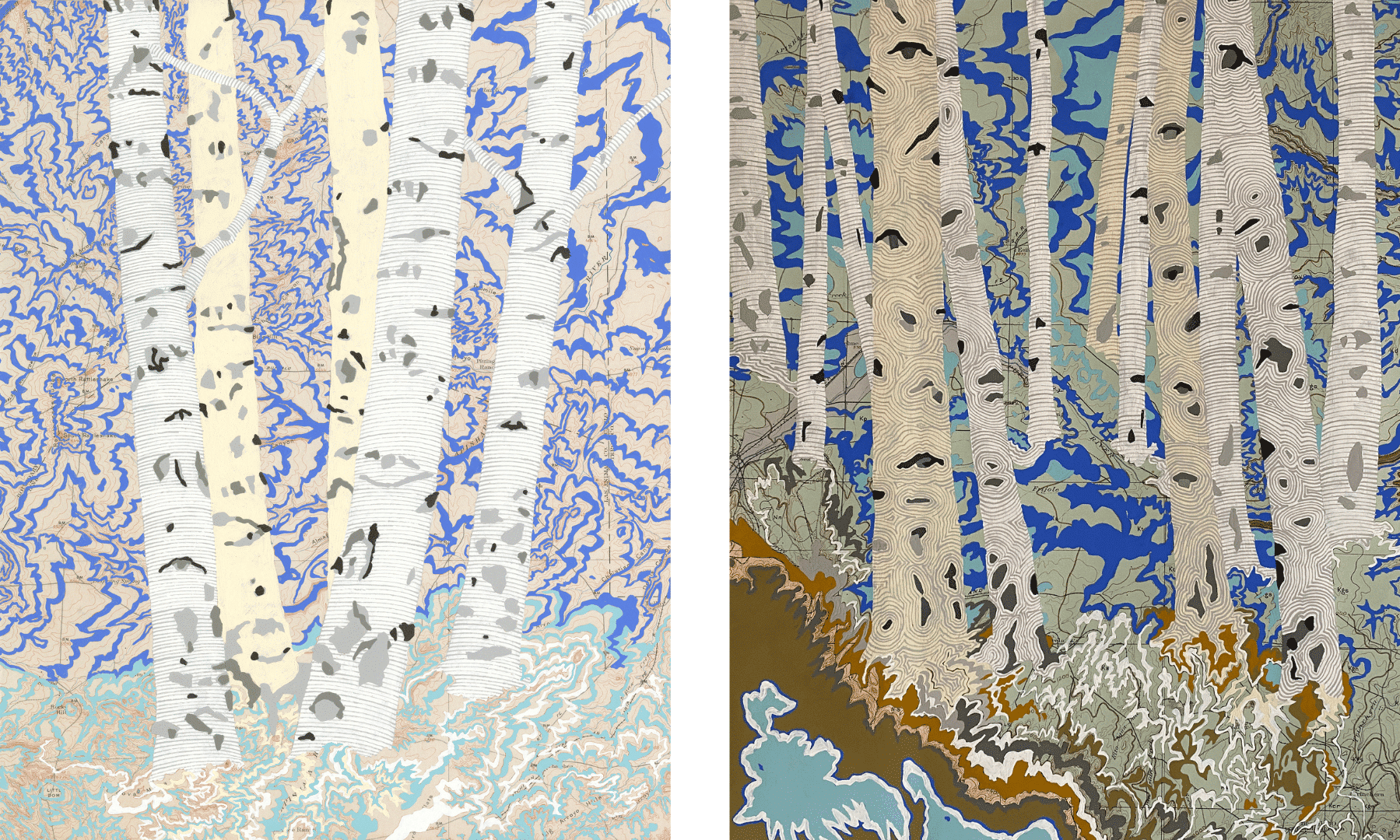 “The linear elements and patterns assigned by map makers to the various aspects of the geology of the land are visual elements in the landscape and the form of the tree. ” 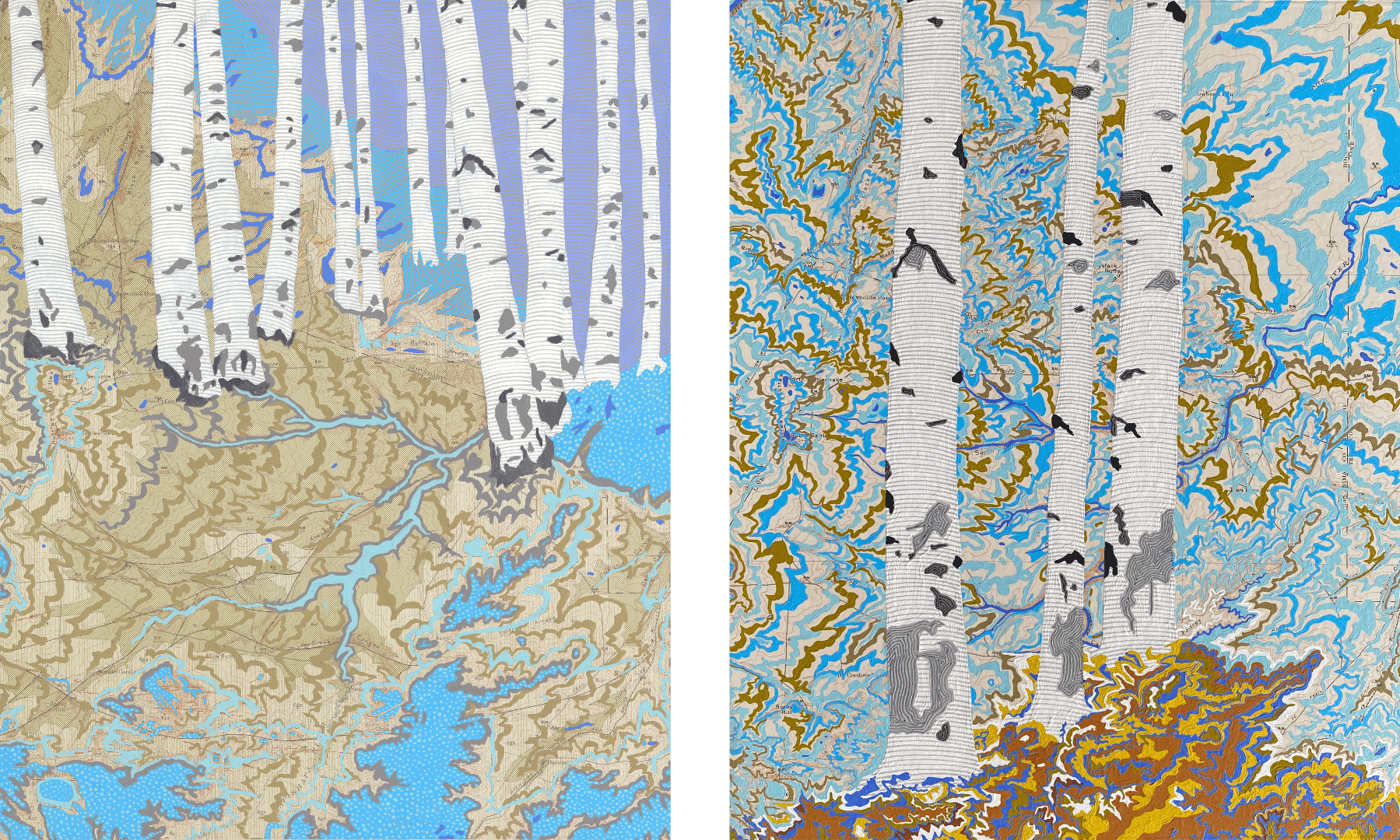 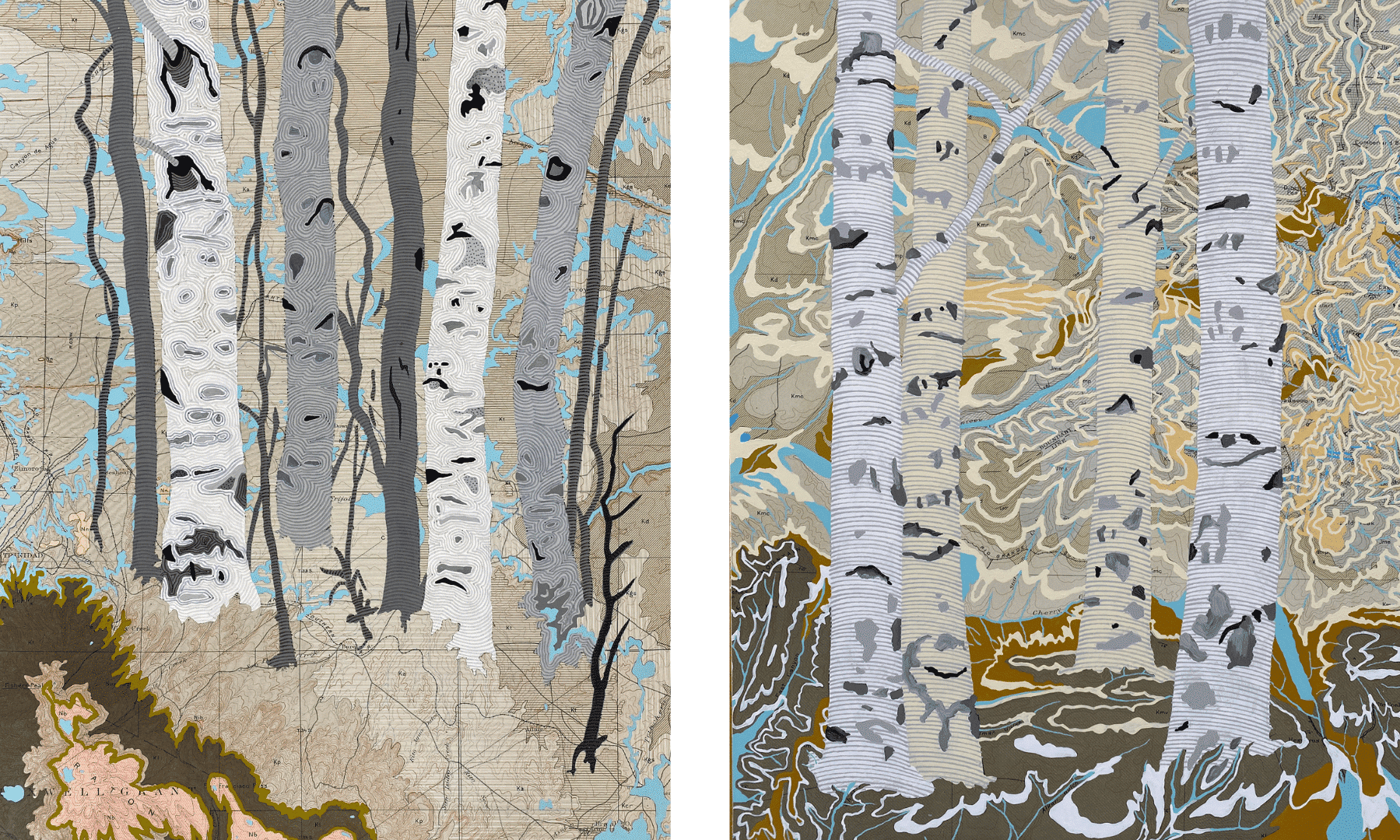 “… and in this quote by Barry Lopez, ‘To put your hands in a river is to feel the chords that bind the earth together.'” 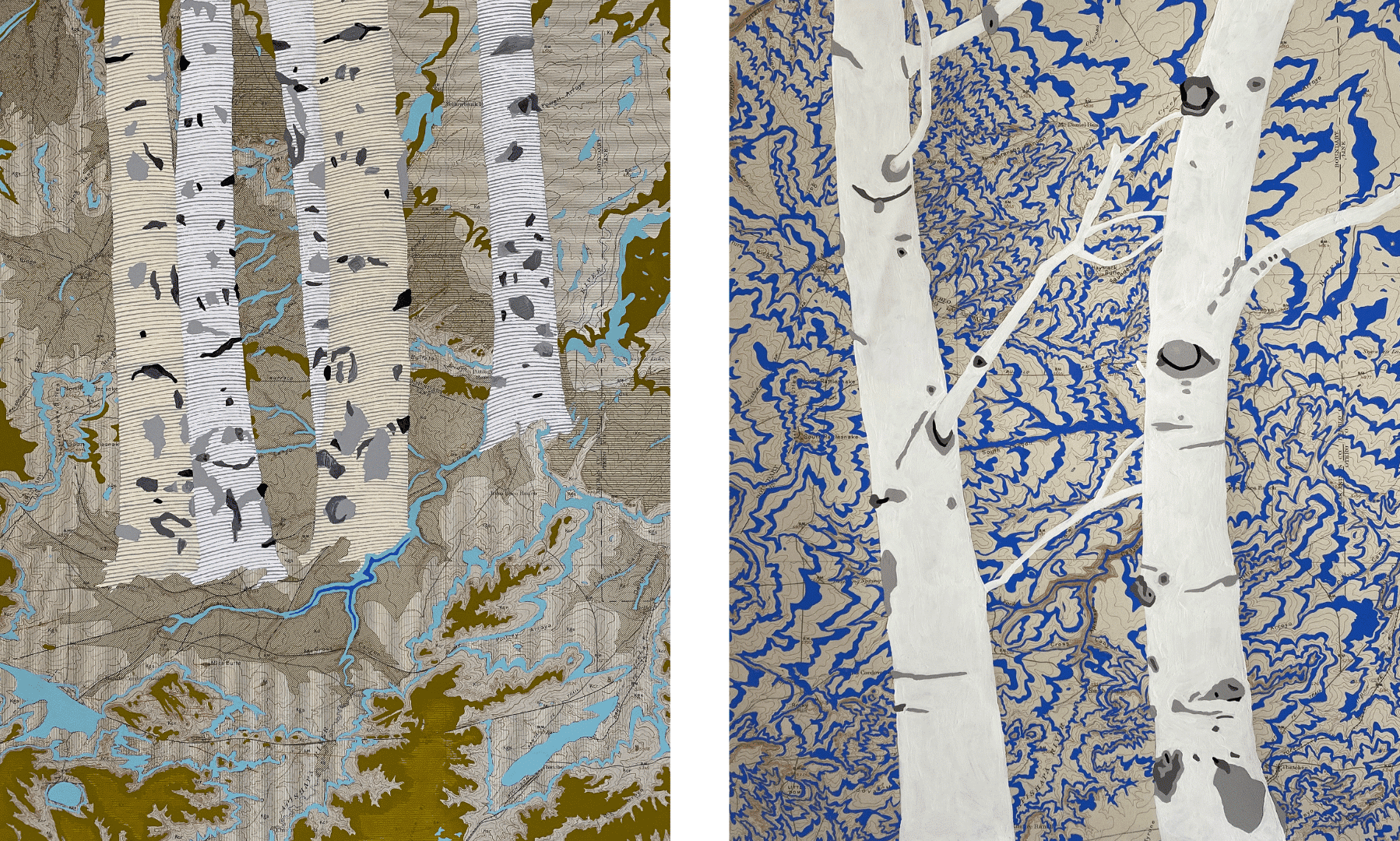 “Confluence, flowing together or merging, is another visual idea that emphasizes the connectedness of rivers with their tributaries, and with the trees.”

In reference to this series being akin to a Rain Dance, Nemirov writes, “In our case, [it is] winter and spring snow, resulting in an abundant run-off to nourish the earth for the coming summer.” 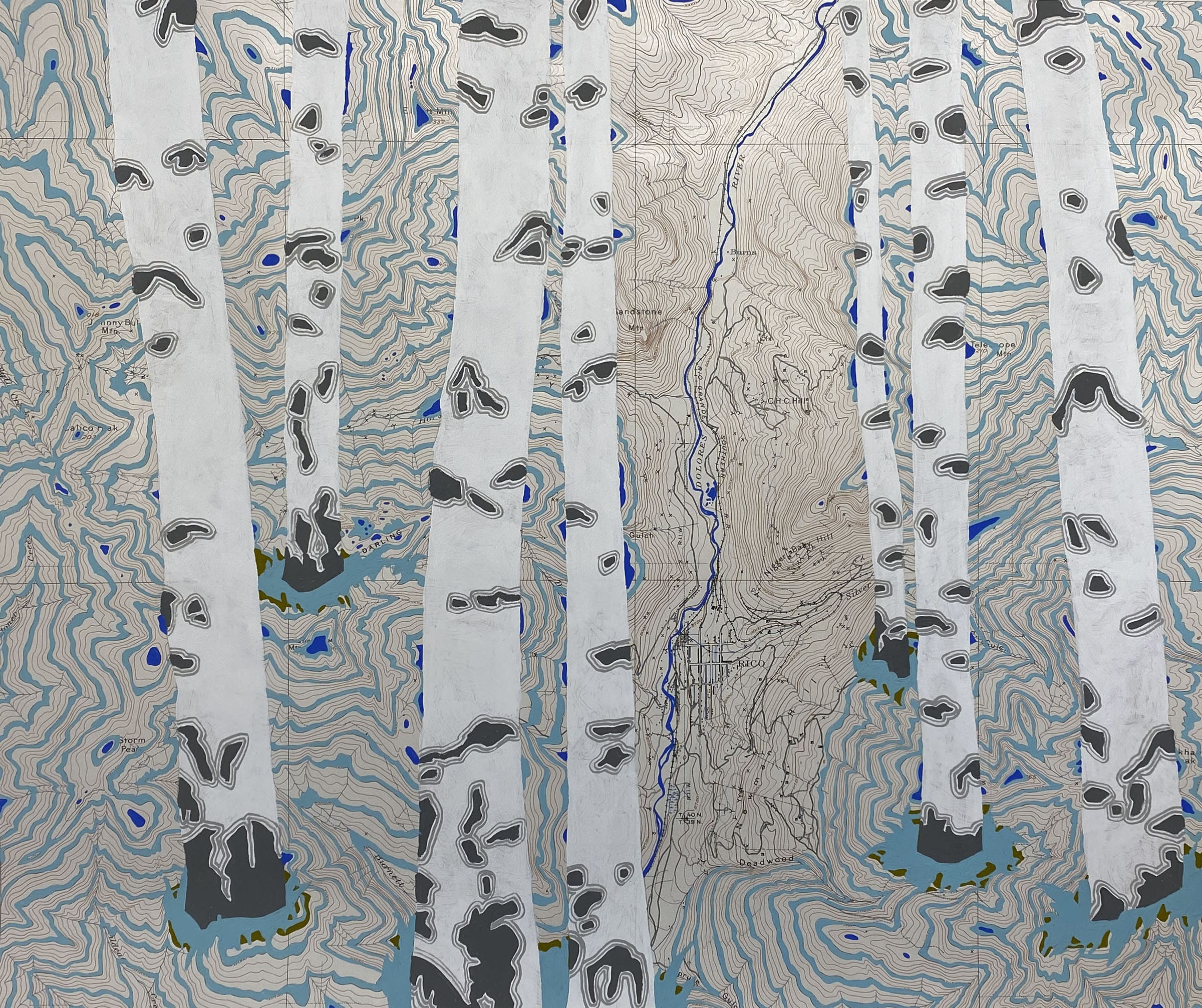