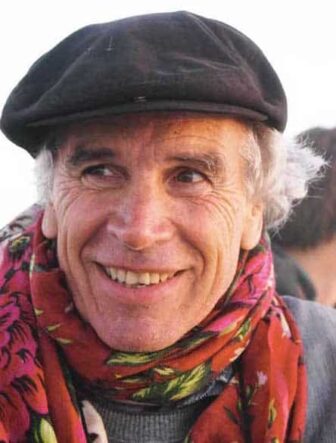 Doug Tompkins—a man whose life influenced a generation of thinking about the relationship between business practices and the environment—died early this month in Chile. Diana Saverin, who in 2014 wrote a profile of Tompkins for The Atlantic, offers this remembrance.

Two years ago, I sat in the rain, waiting out bad weather on a sea-kayaking trip in Chilean Patagonia. At the time, a few friends and I were eight days into what was supposed to be a three-day trip. We sat around a smoky fire, dried our soaked-through raingear, watched the white-capped waves pass by. We had no way to communicate the reason for the delay to our families, who were biding the time by assuming the worst. But when Doug Tompkins heard from the parents of one of the kayakers on my trip that we were overdue, he decided he was going to take action himself. He walked out of his house more than 100 miles to the north and headed toward his Cessna, determined to find us somewhere in those wild fjords of the far south.

I first met Tompkins a couple of months before in the office of one of his parks in southern Chile. He had wispy white hair, bushy grey eyebrows, and wool socks— he didn’t let anyone wear shoes in his buildings. When I summoned the courage to ask him for an interview, his reluctance was palpable. “We have a website, you know,” he told me. Tompkins was not exactly a “let’s-discuss-it” type. But he eventually acquiesced to my plea after I used the magic words deep ecology.

His eyes brightened and he leaned back in his chair.

“Well,” he said, “I always say that before jumping to practical solutions you have to have a systematic analysis.”

He launched into an hour-long lecture, during which time I learned about the myth of progress, the collision course humanity is on with nature, and the perils of cell phones, the use of which he equated to sticking your head into a microwave every day. The only pause he took was to give advice to one of his employees who was hanging up a framed picture of a puma on an office wall.

“A little bit higher,” Tompkins said, switching to Spanish. “And I think that color is off.”

The picture came down and his talk resumed. That was Tompkins—recalcitrant, pedagogical, passionate. A perfectionist with big ideas, for whom no detail was too small. A man of action, through and through.

At the time, I was traveling through Patagonia and writing about the work he has done in South America. After founding the outdoor clothing companies The North Face and Esprit, Tompkins decided he wanted to fight consumer culture rather than promote it, so he sold his stake in Esprit and moved to a small farm in southern Chile. He worked to conserve land in the region ever since. He and his wife Kris purchased and conserved more than 2.2 million acres of land in Chile and Argentina—the rough equivalent in area to the Grand Canyon, Yosemite, and Grand Teton National Parks combined.

Their bold actions drew quite a bit of controversy. Though it usually takes the mention of Esprit or The North Face to garner name recognition in the United States, Tompkins’s name often draws immediate acknowledgement in Chile—and much of the time, it’s not a good thing. Rumors about his true motives traveled with the winds of Patagonia: locals believed he was breeding pumas, fulfilling a Biblical command to make Patagonia the next Israel, or providing refuge for rich foreigners in the case of nuclear war. The idea that he was spending his personal fortune to save the environment—the huemules and pumas, the calafate bushes and lenga trees—was just too hard to believe.

Tompkins’s employees loved telling stories about the man, too. Some of them told me, half-in-awe, half-in-exasperation, about the way he’d drop out of the sky in his small plane to check in on every aspect of his parks’ development: he’d ask for the garbage cans to be replaced, the campsite layouts to be rearranged, the toilet paper dispensers to be moved. He was obsessive and determined, vigorously involved.

Many well-intentioned people feel helpless in the face of the environmental crisis to which Tompkins responded. What should we do, many of us ask, Give up our cell phones? Move to small farms? Donate our extra pennies to the Sierra Club? Rather than remain paralyzed and enraged, helpless and discouraged, Tompkins did everything in his power to make things better. “Sentiment without action,” Edward Abbey writes, “is the ruin of the soul.” Tompkins turned his sentiments into actions. He devoted his energy to fulfilling his vision for a better world.

Tompkins never had to rescue my friends and me from that beach in Patagonia. His wife Kris got the message that we were fine, and she was able to run out and stop him before he climbed into his red and white Cessna to fly south to search for us. Tragically, the rescue sent for Tompkins last week didn’t come soon enough. Though an experienced kayaker, credited with twenty-one first descents of rivers in Chile, the swells of almost ten feet were hard to fight. On top of that, the rudder in the double kayak he shared with a friend malfunctioned. When a wave hit them broadside, the pair capsized. By the time Tompkins reached the nearest hospital, his body temperature was 66 degrees, and he died of hypothermia.

In Tompkins’s writings, he often alluded to how short a human life is in comparison to the life of the land. In one essay, Doug and Kris wrote that they didn’t consider themselves landowners, even though they had purchased more land than nearly anyone else on Earth. On a geological timescale, they wrote that the moments in which they held titles to land are “nothing more than a wink of an eye.” In another essay, the pair asked, “What judgment can be made about a conservation program after just two decades, when the work of ecological recovery need last millennia?”

Because of his commitment to action, and the power he was able to accumulate in his short life, the environmental work Tompkins did is now imprinted on the continent. The land he set aside, which might otherwise have been exploited, is protected. It is a legacy that may very well last for millennia to come. The other legacy he deserves to leave is less tangible. When Tompkins knew a frame was off-color, or a garbage can was ugly, or a species was endangered, or a mega-dam was proposed, or a consumer culture was misguided, or a techno-industrial society was rampant, or a few kayakers were in trouble—he did something, whatever he could. The best way to honor his memory is to do something, too.