“Young Readers Ask” is a new Orion web series where young readers interview authors about books. This is our second installment.

From Penguin Random House: “In his travelogue of our near future, David Wallace-Wells brings into stark relief the climate troubles that await—food shortages, refugee emergencies, and other crises that will reshape the globe. But the world will be remade by warming in more profound ways as well, transforming our politics, our culture, our relationship to technology, and our sense of history. It will be all-encompassing, shaping and distorting nearly every aspect of human life as it is lived today. Like An Inconvenient Truth and Silent Spring before it, The Uninhabitable Earth is both a meditation on the devastation we have brought upon ourselves and an impassioned call to action. For just as the world was brought to the brink of catastrophe within the span of a lifetime, the responsibility to avoid it now belongs to a single generation.”

David Wallace-Wells is the deputy editor of New York magazine and author of The Uninhabitable Earth: Life After Warming. He has a daughter named Rocca, who at just one is probably too young to understand anything her father says about the climate crisis—not that the grown-up world is much better at understanding just how dramatically life could be transformed if we don’t, all of us, change course.

Geronimo LaValle, age seven, is a second grader at a public dual language elementary school in Washington Heights, New York City. He’s been practicing capoeira for three years. His favorite podcast is “Story Pirates,” and he’s currently reading the Percy Jackson series. A frequent participant in Writopia Lab, his first published short story, “Stay Out of the Attic!” was published last fall in The Parenthetical.

Geronimo LaValle: Will the Earth be destroyed when I’m a grown-up?

David Wallace-Wells: The short, happy answer is: no. The planet will still be here and will be for a very, very long time.

GL: Are you just saying that to make me feel better?

DWW: No—it’s true! But it also isn’t as simple as “yes” or “no,” a destroyed Earth or a happy one. The more important question is, what kind of planet will it be? We don’t yet know the answer to that question, because it is up to us all to answer it—in how we act, what we choose to do, and how we manage to respond to the crisis of climate change. If we don’t respond—very soon, and very aggressively—the planet will likely look very different fifty years from now than it does today. But not so different that you might confuse it for another planet—it will still be Earth, and it will be where many, many humans live, including you.

GL: In fifty years I will be fifty-seven. My kids will be grown-ups. How will whales be affected by global warming since the ocean is getting warmer?

DWW: Oceans are complicated systems—as complicated as cities, or jungles, or outer space. There are many millions of species living alongside one another and supporting one another. There is a lot we still don’t understand about oceans and how they will respond to global warming, but of the impacts we do know, it does not seem that whales in particular will be affected in an especially dramatic way. The warming of water may change where they live, what they eat, and where they travel. And there may be more profound impacts we don’t yet know about or understand. But given the understanding we know have, whales will not be among the most impacted species.

GL: Will we change from gas cars to electric cars?

DWW: Thankfully, we already are, especially in the richer parts of the world, where people can afford slightly more expensive toys and gadgets. But it’s not happening fast enough, and not in enough places—yet. Since the technology is getting a lot better (and a lot cheaper) very quickly, electric cars could spread even faster in the next decade or so, which is great. But cars are only one part of the problem; energy is another, though wind and solar power are making it much more “green,” too. Unfortunately, there are many parts of the problem that are more difficult to solve.

“If things get really bad, it will be because of what we all choose to do,
and what decisions we choose to make, over the next few decades.”

GL: Cow farts are a problem.

DWW: Actually, the burps are a much bigger problem, though farts are funnier. But there are some studies showing that, if we feed our cows just a little bit of seaweed, it could really help—the problem with those burps and farts are methane, and seaweed could cut the methane content by at least half, maybe more. Of course, beef is just one little part of our carbon crisis. Which is why I think it’s not going to be a problem solved in only one way, or only one technology; it’s going to take everything we have. 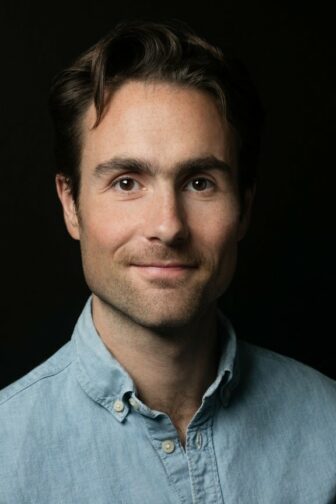 GL: Why is Donald Trump so stupid about global warming?

DWW: There are a lot of reasons. To begin with, he’s not a very curious person, and when he looks out his window he doesn’t see any obvious reason to make big changes. Another important reason is that he is the leader of a political party that has, for a very long time, chosen not to take seriously the science of global warming—in part because the party is supported by some people and businesses that are responsible for that warming. A third reason is that he is really focused on his own self-interest, rather than the well-being of others, and he would rather have the rest of the world clean up the mess created in part by the United States.

It’s important to remember that we are not in the pickle we’re in now just because of Donald Trump, and we’re not in that pickle just because of the Republican party, either. The U.S. is responsible for only a slice of global emissions, and the future of the planet will be shaped by other nations. And while there are parts of the world that are much less stupid about warming—where leaders talk a lot more about climate change than Americans ever have—none of them are behaving much better than the U.S. That’s how big the problem is.

GL: Where is the safest place to live when I’m a grown-up?

DWW: I get asked this question a lot, and it’s a hard one to answer. Most of the world will be safe. The problem is that much of the world will be suffering more than it does now, more than it needs to, because of climate change. There are places to go to avoid that, generally speaking, by moving a little bit north from wherever you are, and a little off the coast. But I hope we don’t find ourselves in a situation where we are so focused on our own safety and health that we don’t pay attention to those elsewhere in the world, many of them suffering even more.

DWW: Unfortunately, Key West is likely to suffer quite a lot, yes. But Aviva will also have enough time to leave. There are parts of the world where leaving will be much harder.

GL: I don’t want to write any more questions. It’s scaring me.

DWW: It’s scary. I get scared. I also get depressed. But sometimes I’m optimistic and exhilarated, too. And this is why: everything remains in our power. If things get really bad, it will be because of what we all choose to do, and what decisions we make, over the next few decades. If we make the right choices, we can end up in a very different place, with a lot less suffering and a lot more happiness. How much suffering we get, and how much happiness, is entirely up to us. That’s empowering, right?

A follow-up note from Geronimo’s mother, Emily Raboteau, who is also an Orion contributor:

My son and I have an agreement that we can play hooky three times a school year: once in the fall, once in the winter, and once in the spring, to go do something wonderful in New York City. A few weeks ago, we visited the Frida Kahlo exhibit at the Brooklyn Museum. In the midst of the artist’s Tehuana clothing and plaster corsets, Geronimo told me that he wished we could play hooky more often. In simple terms, I explained that a more legitimate reason for him to cut school would be to join the youth climate strike in disrupting the social order with the aim of changing the trajectory of global warming since marginalized, low-income communities of color like ours are impacted first and worst, and since our world leaders are failing to prioritize the crisis.

My son then burst into tears and asked if he was going to die. I realized that he knows more than I understood and is, justifiably, anxious, but also that I was using inappropriately mature language to educate and empower him about the climate crisis.

Because I was reading David Wallace-Wells’ The Uninhabitable Earth at the time—a book that has been criticized by some for its alarmist tone—I thought I could help empower and educate my son by putting some of his questions directly to Wells in the form of an interview. Toward that end, my son and I had a series of difficult conversations about the climate crisis incorporating some of Wallace-Wells’ book, the youth climate strike, our global addiction to fossil fuel, U.S. Congresswoman Alexandria Ocasio-Cortez’s New Green Deal, and the reason we gave Geronimo his name.

These were the questions he wanted to ask Wallace-Wells. He has decided that if he joins the protest, his sign will say, MY SUPERPOWER IS TO STOP CLIMATE CHANGE. As his mother, I didn’t have the heart to tell him that he doesn’t have that power.