Robin Hemley is the winner of a Guggenheim Fellowship and many other awards, including the Nelson Algren Award for Fiction from The Chicago Tribune, and three Pushcart Prizes in both fiction and nonfiction. He has published 11 books and his stories and essays have appeared in the New York Times, New York Magazine, Chicago Tribune, and many literary magazines and anthologies. Robin received his MFA from the Iowa Writers Workshop and directed the Nonfiction Writing Program at The University of Iowa for nine years. He is currently Writer-in-Residence and Director of the Writing Program at Yale-NUS in Singapore. 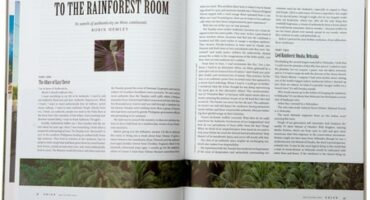 To the Rainforest Room

PART ONE The Allure of Easy Cheese I’m in favor of Authenticity. Maybe I should rephrase that. I want everything in my life to be Authentic. I want to only eat Continue reading →