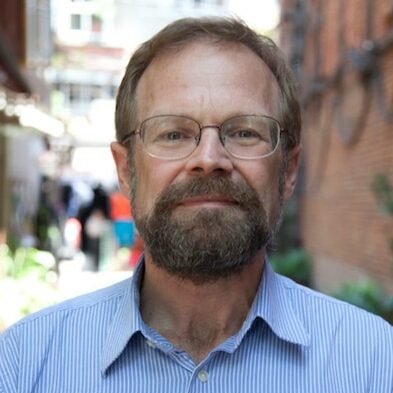 The Course: This nonfiction course will combine generative exercises, close readings of exemplary essays, and workshopping of texts, new and old, that students bring to the table. We will discuss how to find stories, conduct research in different disciplines, dramatize natural history facts, create vivid descriptions and scenes, manage transitions, revise, and much more. John Hay’s adage—“I learn from everything I do not own”—will guide our thinking about how writers discover correspondences between what they observe in the natural world and what may resonate in the depths of their souls.

The Instructor: Christopher Merrill has published seven collections of poetry, including Watch Fire, for which he received the Lavan Younger Poets Award from the Academy of American Poets; many edited volumes and translations; and six books of nonfiction, among them, Only the Nails Remain: Scenes from the Balkan Wars, Things of the Hidden God: Journey to the Holy Mountain, The Tree of the Doves: Ceremony, Expedition, War, and Self-Portrait with Dogwood. His writings have been translated into nearly forty languages; his journalism appears widely; his honors include a Chevalier des Arts et des Lettres from the French government, numerous translation awards, and fellowships from the John Simon Guggenheim Memorial and Ingram Merrill Foundations. As director of the International Writing Program at the University of Iowa since 2000, Merrill has conducted cultural diplomacy missions to more than fifty countries. He served on the U.S. National Commission for UNESCO from 2011-2018, and in April 2012 President Barack Obama appointed him to the National Council on the Humanities. Photo by Ram Devineni.

Duration: This class meets once a week over six consecutive Saturdays from 2-5 ET.

How to Apply: The application period is closed.