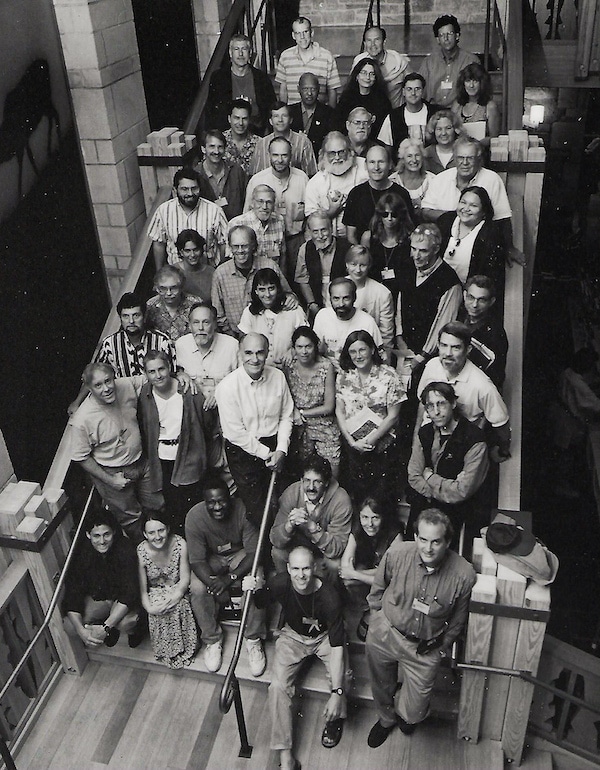 In June 1999, over 500 people gathered at the U.S. Fish and Wildlife Service National Conservation Training Center in Shepherdstown, West Virginia for Fire & Grit. This four-day national conference, hosted by Orion, was intended to convene, energize, and inspire people working on behalf of nature at the local level.

In plenaries, collegiums, and dialogues, participants gathered with such writers as Wendell Berry, Terry Tempest Williams, Barry Lopez, Janisse Ray, Ellen Melloy, David Abram, and many, many others.

There was music by David Mallett, poetry from Pattiann Rogers, and a campfire gathering each night. Many participants described Fire & Grit as one of the most meaningful events they had ever attended.

This summer, on Fire & Grit‘s 20th anniversary, Orion is hosting a “virtual reunion” for participants and others. We invite you to view videos from the plenaries, share photos and memories, and—we hope—reconnect with the timeless energy of being in community with others working toward the same vision for people and planet.

New content will be added to the virtual reunion periodically throughout the summer; join the dedicated Fire & Grit email list for notifications.